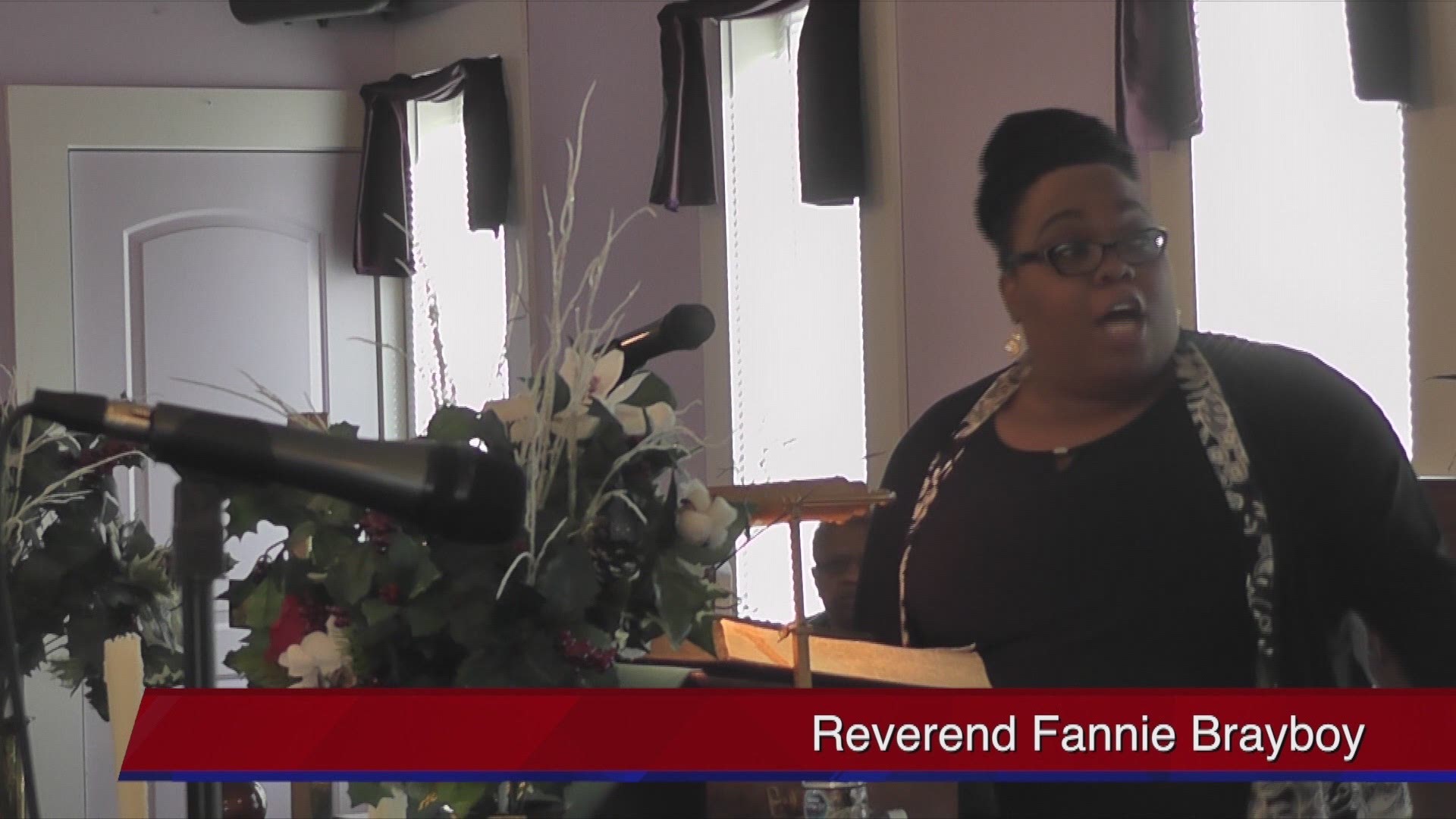 51 years after the death of civil rights pioneer, Dr. Martin Luther King Jr., the greater Norwich community passes the torch to young activists to fight for civil rights. These activists, including young leaders who attend Norwich Free Academy, led the Freedom March to mark the beginning of an era of equality. A gathering rich in tradition, the Freedom March reached a milestone of 35 years on January 21, 2020. After the ringing of a bell, local politicians, citizens, and students marched from the David Ruggles Center to the Evans AME Zion Church, where a church service was held to honor King’s legacy.

President of the Robersine Duncan NAACP Youth Council, Thsarny Pierre stated, “Like Dr. King, I believe that we are living in a world today where it is our responsibility to stand up for what is right, freedom and justice for all. Through our actions, we can educate each other [about] the true meaning of justice. Like Dr. Martin Luther King Jr., I have a dream that one day, justice will be there for all and that we can understand that we share one world…We are caught in an inescapable network of mutuality, tied in a single garment of destiny. Whatever affects one affects all indirectly.”

Pierre led efforts to commemorate the 50th anniversary of King’s death on the campus of Norwich Free Academy and helped organize the Board of Education and Norwich City Council debates last fall. She encourages her fellow youth to take action: “The youth of today needs to fight for what we believe in. As Dr. King’s legacy, as our generation, we need to fight for his work and his mission…It’s so significant for us to come together as one and continue to fight the fight for justice and freedom for everybody around the world.”

Teala Avery, a member of the NAACP Youth Council, also encourages youth to stand up for what is right. Her experiences as an NFA student allowed her to bring unique ideas to the table, share her struggles and hopes with diverse student populations, and most importantly, lend her voice to a greater cause.

Avery stated, “We should care about important issues because it affects us as a generation. We have the power to make a positive change for our future. It’s what our grandparents and parents did for us to build a better life…[By being activists], we can put all of our minds, stories, and experiences together to make our voices heard.”

Pierre and Avery are not alone in their remarks. State Senator Cathy Osten avidly encourages young people to go beyond calling legislators and policymakers about injustice, and instead become Congressmen and women who are instituting change and amending injustices.

Osten stated, “It’s really important for the youth to get involved in politics because they are the future and they know what they want to be in the future…It’s extremely important for the youth to be the next group to speak up and speak loudly for the issues [that they are passionate about]. Each time I go to an event that involves children, I remind them that they are our future and I always ask them to run for political office. It’s important for the next generation to be involved in politics…Young people need to be our next leaders.”

Adora Ake, the secretary of the NAACP Youth Council, has worked to bring Osten’s vision into reality as a leader both in and out of the classroom. She has organized the Freedom Fund Dinner, Dr. Martin Luther King Jr. Luncheon and March, and helped to spread awareness about political issues in Norwich.

Ake explained, “Being secretary has challenged me to spearhead school-wide events, build a community of students with similar passions and beliefs, and leave a legacy of inspiring students who want to push for diversity and inclusion…NAACP Youth Council gave me the confidence to come up with creative events that have become the foundation of the NAACP, enter conversations, bounce ideas off of one another, and ultimately change the culture of NFA and the local community.”

Through avenues in science, arts, business, and more, millennials are rising to the challenge by breaking stereotypes and creating equality in the workplace. Although Dr. King is widely remembered for his efforts to eliminate discrimination and segregation in public transportation and education, he also fought for economic equality. Today, many of the issues that he fought for remain just as prevalent, and youth activists are stepping up to the challenge to correct them.

President of the Norwich branch of the National Association of Advancement for Colored People, Shiela Hayes, stated, “The hope for the future is that the younger generation will press forward and make the changes for equality, for education, for housing, for economic development for all [Americans].”

Reverend John Gentry echoed Hayes’s hopes for social change. He stated, “My dream and vision is that the youth will not stand for [the injustices that are] happening now because I know you all are tired and want your voices heard. And you want it done differently than what my generation and older generations have done to make our country [move] forward.”

The Robertsine Duncan NAACP Youth Council’s efforts to get students involved in societal change shows how powerful youth voices can be.

Ake stated, “The NAACP Youth Council organizes events [such as election debates and voter registration drives] in the community and brings students of color together. [The club] motivates us to become active and gives students opportunities to branch out and attend cultural events that have a direct impact on their communities.”

Reverend Fannie Brayboy, the granddaughter of a founding member of the Norwich branch of the National Association for the Advancement of Colored People, decried the racial divisions that separate Americans and made a rallying cry for unity in all Americans, regardless of political views.

She stated, “It is in the spirit of Dr. King that we must realize our enemies are not next to us or across the aisle…We fight the same enemies of bigotry, sexism, institutionalized oppression, and economic injustice that King fought. They are just dressed up in different clothes.”

Brayboy further inspired the citizens of Norwich to remain steadfast in their dreams of equality and justice for all and to look towards the future with hope, even in darkness. Her belief is that demanding change can lead to fulfilling Dr. King’s legacy.