Story by Julia Florence and Karen Lau/ Norwich Free Academy The Special Olympics is a national organization that provides opportunities to those with special ne... 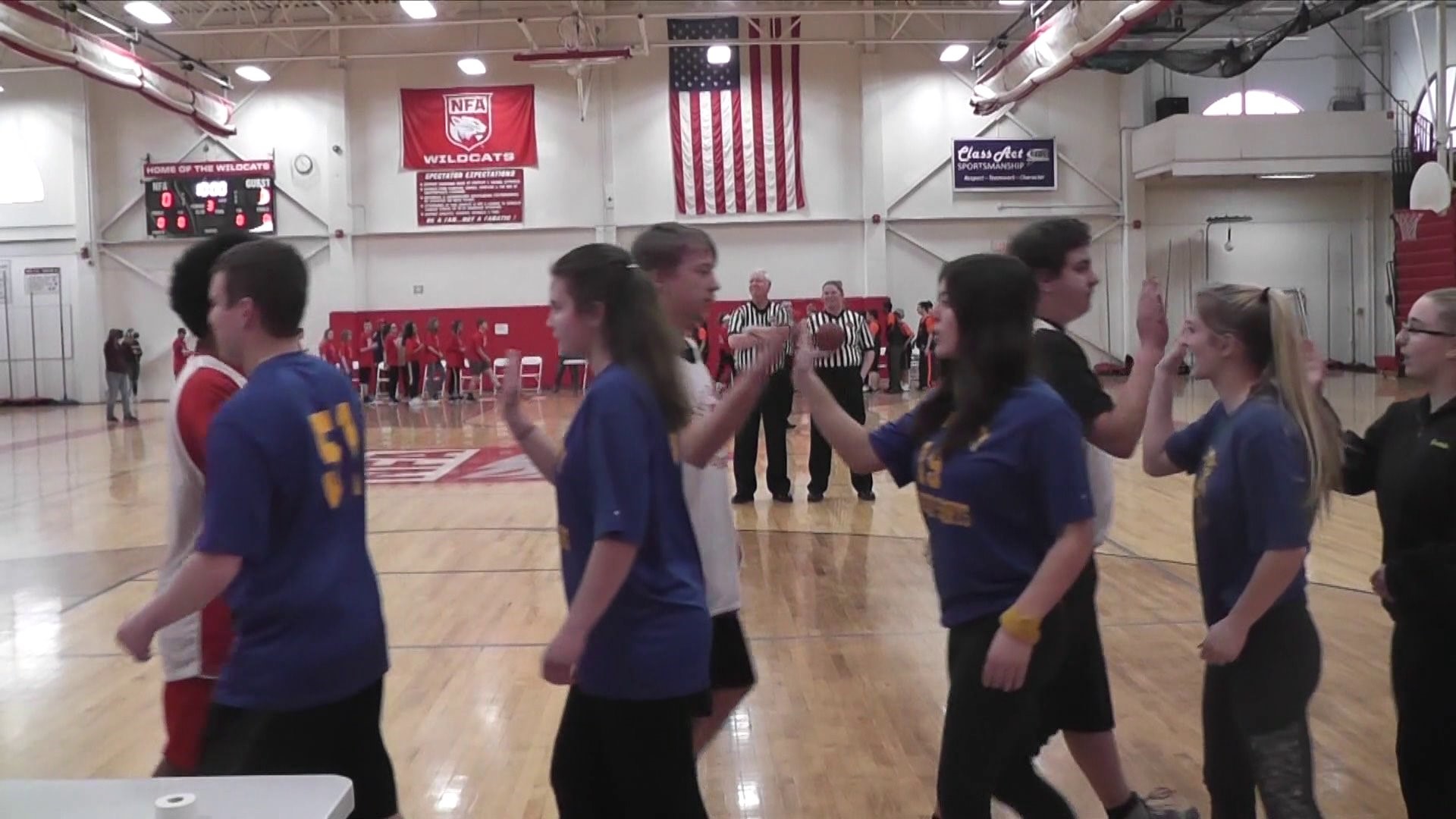 The Special Olympics is a national organization that provides opportunities to those with special needs to participate in athletic competition. 95% of Connecticut’s high schools offer Unified Sports programs that connects students with and without intellectual disabilities. Norwich Free Academy is one high school in particular that offers such opportunities, and it was honored to host the 2019 ECC Unified Basketball Tournament.

“NFA has been a part of the Unified sports [program] since the mid-1990’s. The program itself-which is the Special Olympics, school-based program….That’s been around since 1992 in Connecticut, and NFA was one of the first high schools to get involved in that program [and host] the ECC (Eastern Connecticut Conference) tournament. We’ve done that for over 25 years now, and this year, we have-11 schools, almost 300 athletes that are coming to participate. It’s an opportunity for schools all over our side of the state, [and] it’s really nice just to get everybody together in one central location, do something we all enjoy-playing basketball, and meet new people…it’s great,” explained NFA Unified Head Coach.

In addition, members of both the Unified community and NFA’s own Varsity N Club were in attendance. According to Varsity N Club co-advisor, Alysha Carmody, the club members helped out by prepping food boxes for teams, keeping score and time throughout the games, and passing out medals.

“As leaders on our sports teams, and in the community, we thought that it was important to come to an event like this and be involved [in helping] people out,” expressed Maddie Perrino, senior and N Club leader.

“It helps you reflect on yourself, in a way, and makes you think about how you view [and] treat others. It [also] makes you more understanding of where they came from, what their life is at home, and their background,” continued Bailey Comeau, a senior leader of the N Club.

The Unified tournament brings teams together in fun, yet competitive 1-1 games. Unified students, and their partners, get the chance to play on a variety of levels.

“It’s such an honor and [is exciting] to come out here [to] introduce ourselves to different schools, and just have fun and be able to play basketball with them. [I] look forward to showing my talent in basketball of being aggressive on defense, and at the same time just making new friends. That’s why I love this team,” said eleventh grader Kevin Flaherty.

Seeing as this is her last time playing Unified, senior Natalie Dionne is grateful for the friendships and memories she’s made on her 75-strong member team.

“I’ve been playing basketball for NFA for four years. I started [playing on]the Unified team two years ago…This is our last tournament-and kind of game, before the end of the season. And it’s kind of my last chance to really bond with everyone, ” explained Dionne.

Fortunately, the Unified Sports program does not end with basketball. The volleyball and outdoor track and field teams will practice in the spring.

“Ideally, we want to continue to grow, and we want to reach and get as many students involved as possible…It’s something that’s great for our Unified athletes, because a lot of times this might be the first team they’ve played on, or game that they’ve played in. [And, it’s also good for] our Unified partners, because they’re getting to connect with people. [Ultimately,] what we end up seeing is a lot of people that may not have otherwise connected….are building friendships that are lasting not just through high school, but for time after…”

Staley sees the tournament as “a reminder of all the great things that are happening in schools throughout the state,” and looks forward to the future of all things Unified on campus.