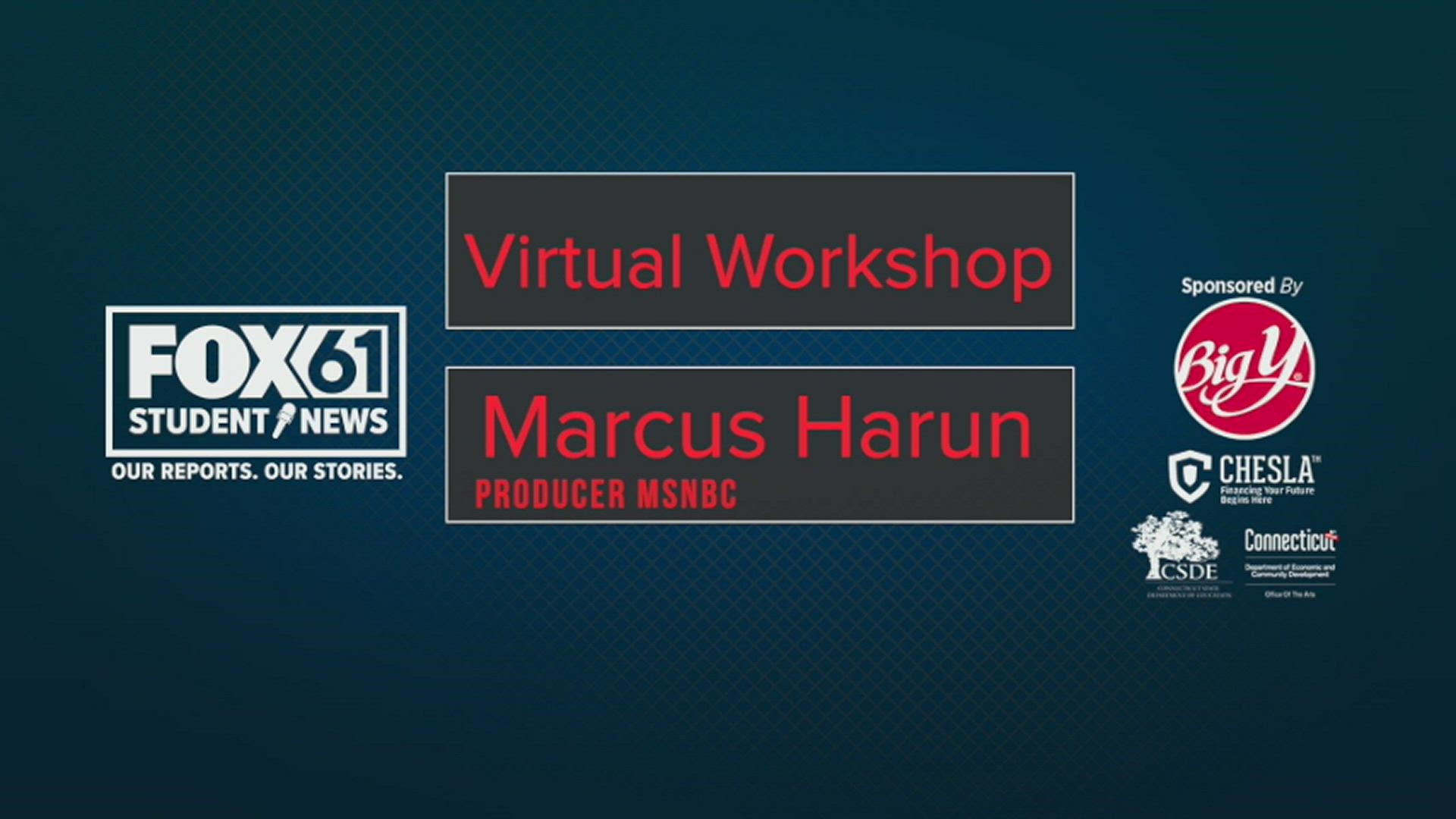 Marcus Harun is a journalist with experience in ten newsrooms. He’s a news producer at MSNBC, where he has written breaking news scripts for nearly every MSNBC anchor including Brian Williams, Craig Melvin, and Andrea Mitchell. Before moving to New York, he worked in local news for five years. As Executive Producer of FOX61’s 7-hour morning news show, he led a team of 25 reporters, anchors and producers and grew ratings 200% in one year He earned an MBA and BA in journalism from Quinnipiac University. He grew up in Hamden, CT and now lives in New Rochelle, NY with his wife Rabiah.

He spoke about his job, his career and the importance of FOX61 Student News.