Reported by Matthew Sinofsky, Mike Novak, and Jack Pixton. Suffield High School Inspired by the actions of Donna Chapman, founder of Will Power for Veterans, Su... 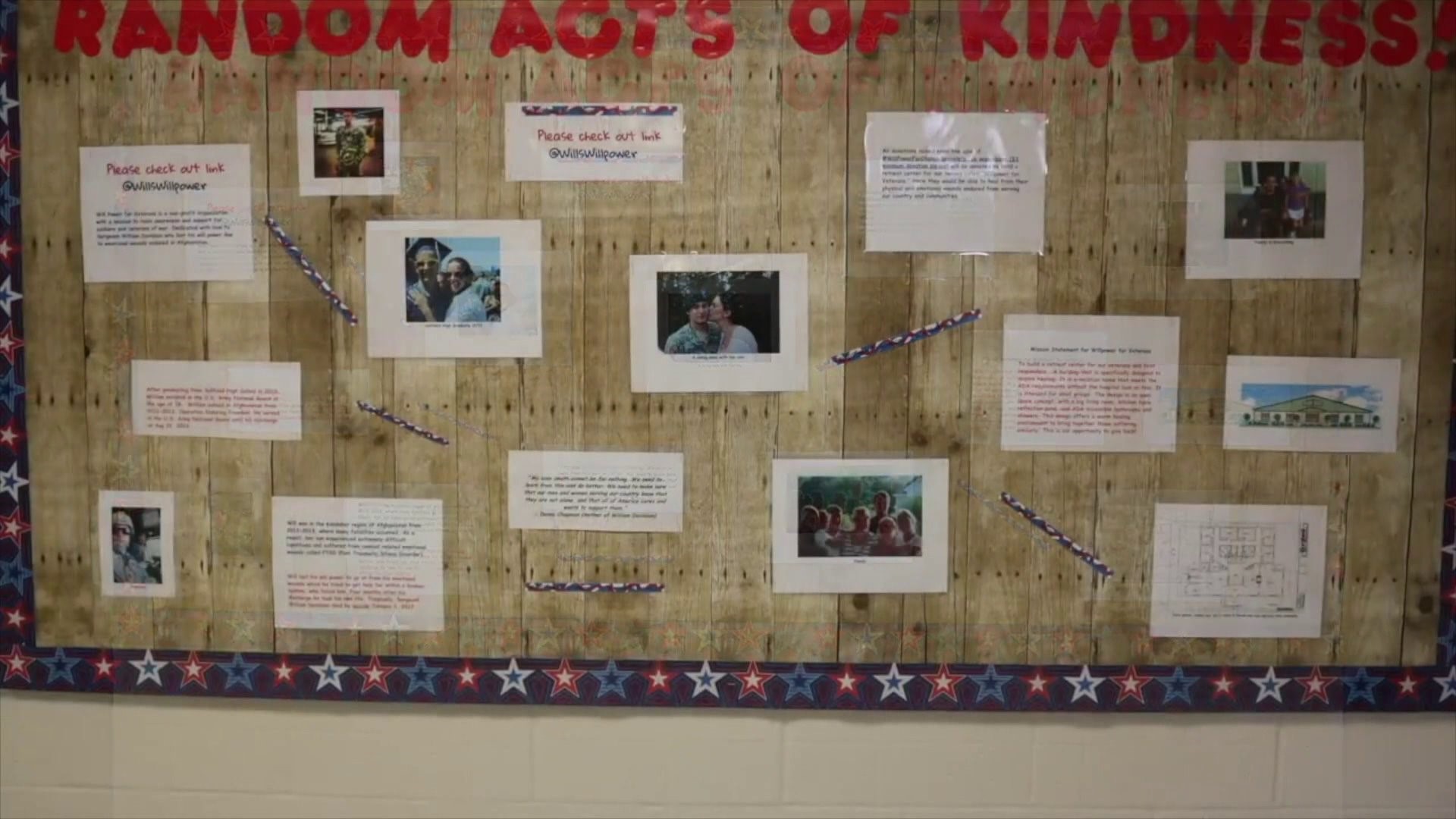 Inspired by the actions of Donna Chapman, founder of Will Power for Veterans, Suffield High School’s Kindness Crew wants to spread the message of supporting veteran mental health to their community.

This group at Suffield High School, advised by teacher Laurie Zielinski, created a series of public service messages and ran fundraising initiatives to support the mission of the Will Power for Veterans Foundation.

Kindness Crew members Hunter Adams and Kevin Duverger spoke to our reporters about the importance of public awareness of issues that face veterans and their families. The main goal of the organization is to build a retreat center to help support veterans returning home after being traumatized at war. It is a cause that is often overlooked by the general public, while it deeply impacts many veterans and their families, leading to a current average of 22 suicides every day.

Donna Chapman, the mother of deceased veteran Will Davidson, has been affected by this mental health crisis and began to work to change it by founding Will Power for Veterans. She has already generated a great deal of support, including raising over $38,000, and has commenced initial development of laying out plans for the building itself.

This example of engagement of young citizens in informing and involving peers with this issue can serve as a powerful and useful message to all. People can start by visiting the website http://www.willswillpower.com/, and finding the will power to help.