It's a $340 million extension for the 22-year-old star shortstop. 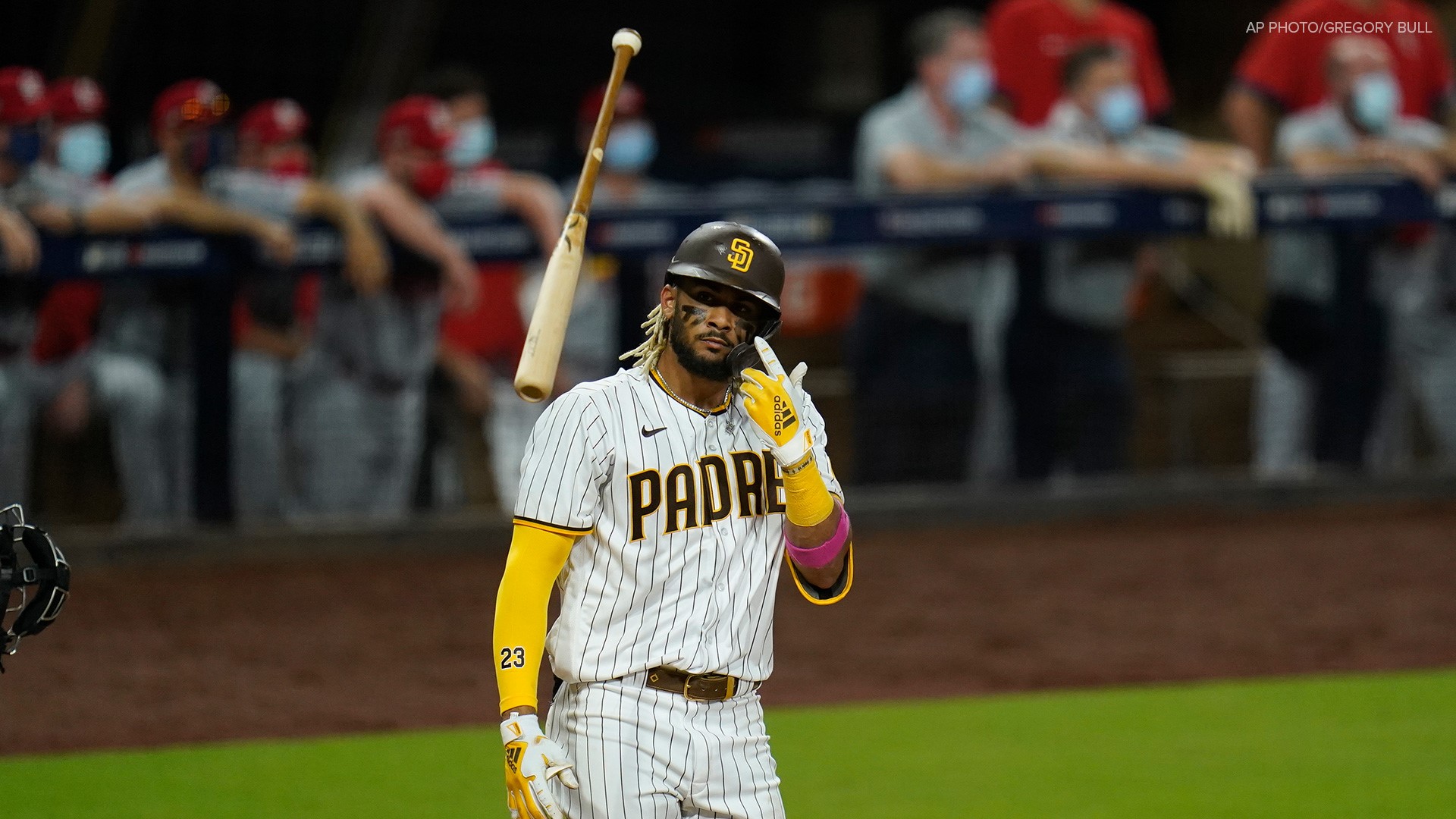 SAN DIEGO — According to ESPN's Jeff Passan, San Diego Padres shortstop Fernando Tatis Jr. is "in agreement" with the ballclub on a massive $340 million extension.

It's a 14-year deal for the 22-year-old, which also includes a no-trade clause.

What gets me most about Tatis' $340M extension is how young he is. He turned 22 a month ago. Mike Trout signed his megadeal at 27. Same with Mookie Betts. For the Padres to commit this before Tatis even reached arbitration is staggering. With no-trade clause, a true commitment.

The $340 million deal is the third-largest in the major leagues and comes in just ahead of fellow Padre Manny Machado's $300 million deal signed two years ago.

In addition to signing a mega extension, the young Padres phenom, Tatis Jr., was recently announced as the cover athlete for MLB The Show video game.

Tatis Jr. is a career .301 hitter in his first two seasons with the Padres.