In Connecticut, preliminary overdose deaths went up 19% through the end of July, compared to the same time last year. 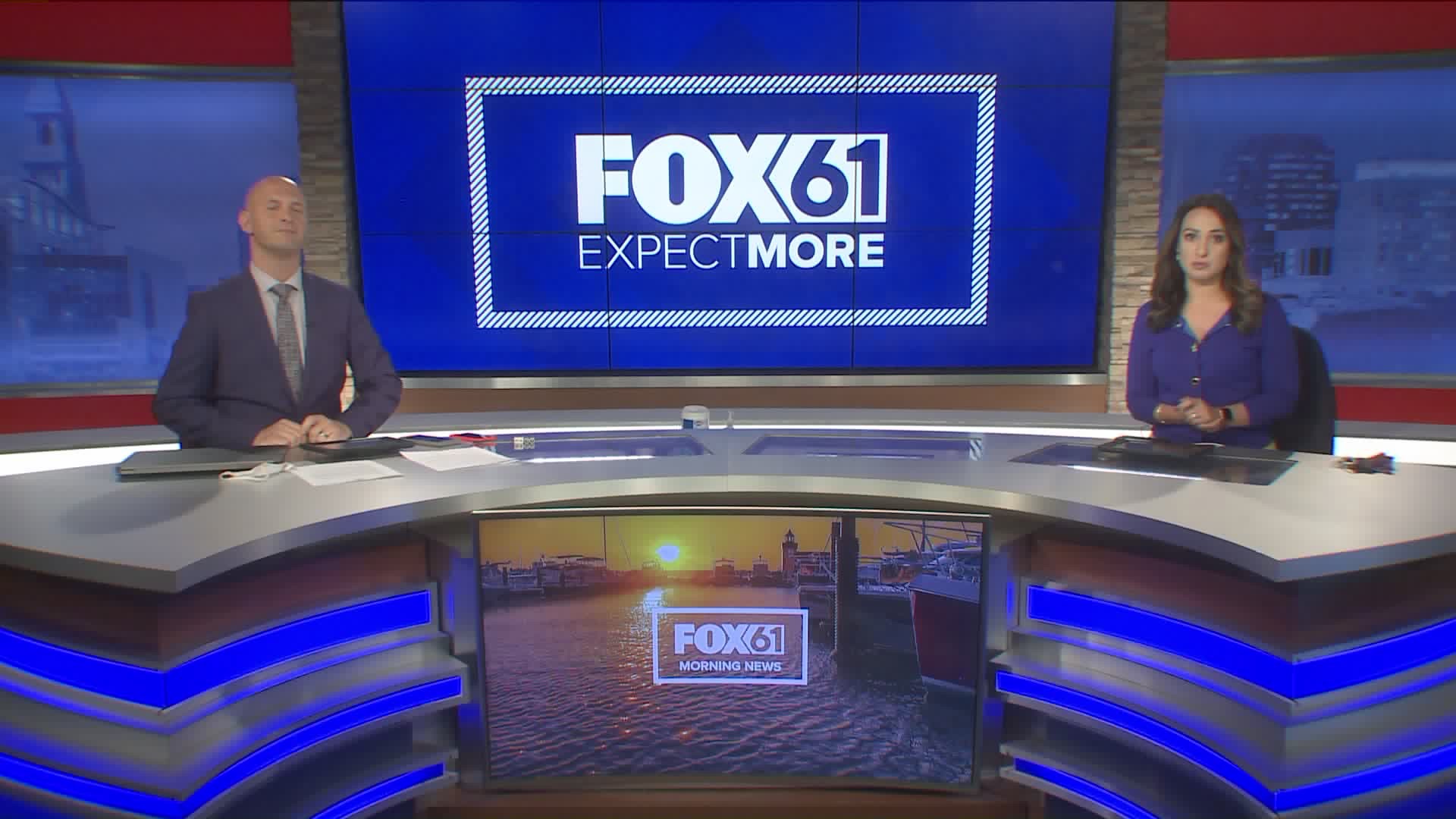 HARTFORD, Conn — Long before the pandemic hit, our country, and our state, has been dealing with another killer... addiction.

Robles says he started smoking marijuana as a teenager, and once he hit 20 years old, he was a full-blown addict.

"It opened the door to other stuff, and the other stuff just took a hold of me," said Robles. "It hasn’t let me go yet, and now I’m 61, and still struggling.”

Robels' addition let to problems with family, friends, law enforcement, job loss, evictions, and then in 2020 it got even worse.

“I was weening off, I went to treatment, things were getting better, and because of the pandemic, I guess I shut down,” said Robles.

Robles was evicted because of his drug use, and after finding a new apartment, he and his girlfriend's drug abuse led to them losing custody of their daughter, who now lives with Robles' niece.

"It makes me feel terrible because I can’t do much for her," said Robles. "Everything I have either basically goes to my addiction, or to survive, the rent, the food, whatever.”

But Robles has been getting help through The Community Renewal Team in Hartford.

"Thank god for CRT, they’ve been there for me," said Robles. "The door is always open, and they keep me afloat, because they’re constantly checking up on me, and making sure I’m all right”

Yet, Robles continues to use, knowing his next high, could be his last.

Robles isn't alone, as 2020 could end up being one of the deadliest years on record because of the pandemic.

"I don’t want to say it, but the government gave people $1200, and that was a boost for a lot of people," said Robles. “That’s the void you have the loneliness the boardness, you have nothing to do what else are you going to do, the world is telling you to stay inside.”

In 2019, The Associated Press reported that the United States saw a record high 71,000 overdose deaths. In Connecticut, preliminary overdose deaths went up 19% through the end of July, compared to the same time last year.

For Casie DeRosier, who work with addicts in CRT's Intensive Outpatient Program, and has known Robles for years, she fears this problem will only get worse.

That physical in-person sober connection is what DeRosier and many other addiction experts say is crucial for recovery, and now, with COVID, hiding this disease has become easier.

“So what happens is they end up using, potentially overdosing and dying, and nobody finds them because they’re by themselves," said DeRosier. "So, using and dying, or potentially dying by yourself, that is a very horrible thing to go through during this time, and that’s exactly what’s happening.”

Current data shows that in every state that the AP researched, overdose deaths reached their highest numbers in back in April or May. The AP also cited ODMAP, and found 62% of those counties surveyed say they saw an increase once lockdowns start.

"Being locked up in the house limited what you can do, there’s a void, so, you want to do something," said Robles. "Unfortunately, if you don’t use the right thing to do, you’re going to end up doing drugs or alcohol."

But Robles says he is trying, and wants a better life for himself, his girlfriend, and his daughter, and when he hopefully reaches sobriety, he says there is so much that he wants to do.

"When I see that, I see myself going bowling if I can, I like go cart riding, sliding down a hill with snow on a sled, if I can, that’s what I see," said Robles. "Sitting in a restaurant, and having a good dinner, as opposed to sitting in the bathroom or the kitchen table spending 40 to 50 dollars on garbage.”

Robles adds that he wants to find a part-time job, which is all he can do right now because of his arthritis, and need for a hip replacement, all of which can't be addressed until he gets clean.

“We’re not bad people," said Robles. "We just struggle with an infection or disease that is uncontrollable times.”

DeRosier believes that with the right support, and treatment, Robles has a chance to be that person he wants to be.

"He never gave up, he came to every meeting, he made a way to get to the meeting," said DeRosier. "He would have to ride his bicycle across town, rain, snow, sunshine, to make it to the group."

But now, those meetings are virtual, which works for some people, but not everyone, and for frontline workers, addiction is a health crisis on top of the pandemic, but experts say hope is key.

"Every bad day that you have had your survival rate is at 100%, and knowing that you survive those days at 100% can aid in your ability, and your self-worth, to be able to seek help that you need," said DeRosier. "You survive all those bad days, there’s good days to come, you’re able to get through them, and this is a way to be able to do that. I always tell my clients, is your heart still beating... that means you have a purpose."

For Robles, he says he just wants relief.

“You can die at any given time with one bag," said Robles. "I keep on fighting, trying to gain that peace that some of the people in the world have without using."