The incident occurred on Chapel Street between Orange Street and Church Street. A 40-year-old woman was pronounced deceased on scene, police said. 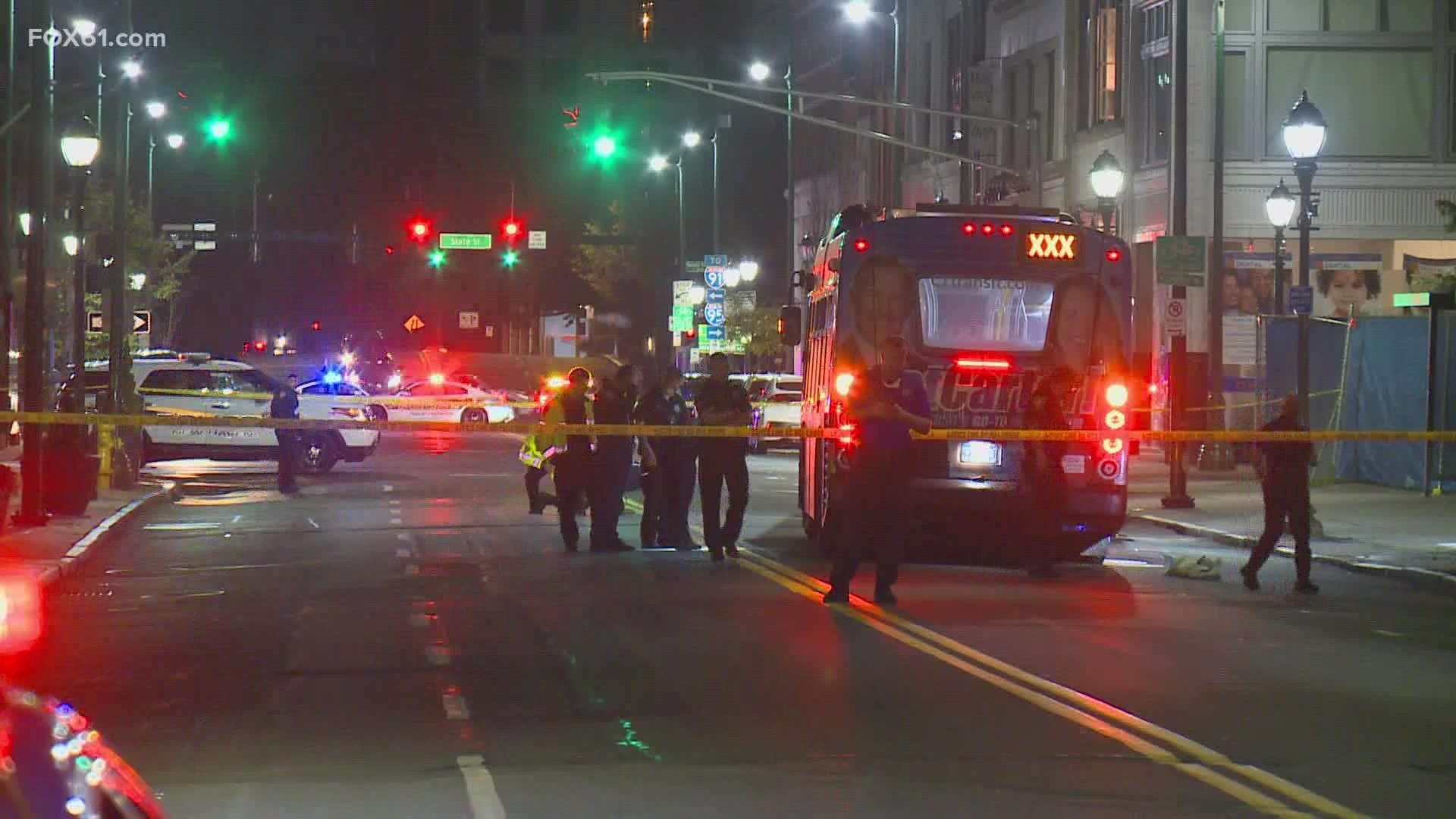 NEW HAVEN, Conn. — Police are investigating Thursday night after a pedestrian was struck and killed by a bus.

The incident occurred on Chapel Street between Orange Street and Church Street. Officials confirmed a CT Transit bus was involved in the crash.

BREAKING: New Haven PD is investigating a crash involving a pedestrian and a bus near Chapel Street. Police tell me the New Haven Police crash team is currently investigating. The area is blocked off to traffic. Watch @FOX61News at 10 & 11pm for the latest details. pic.twitter.com/DmJXyYwJFs

RELATED: Pedestrian killed after hit by car in Hartford: police

RELATED: Pedestrian in North Branford struck and killed by hit and run driver