Manfredonia was arrested by authorities in Maryland after a multi-state manhunt that began in Connecticut. 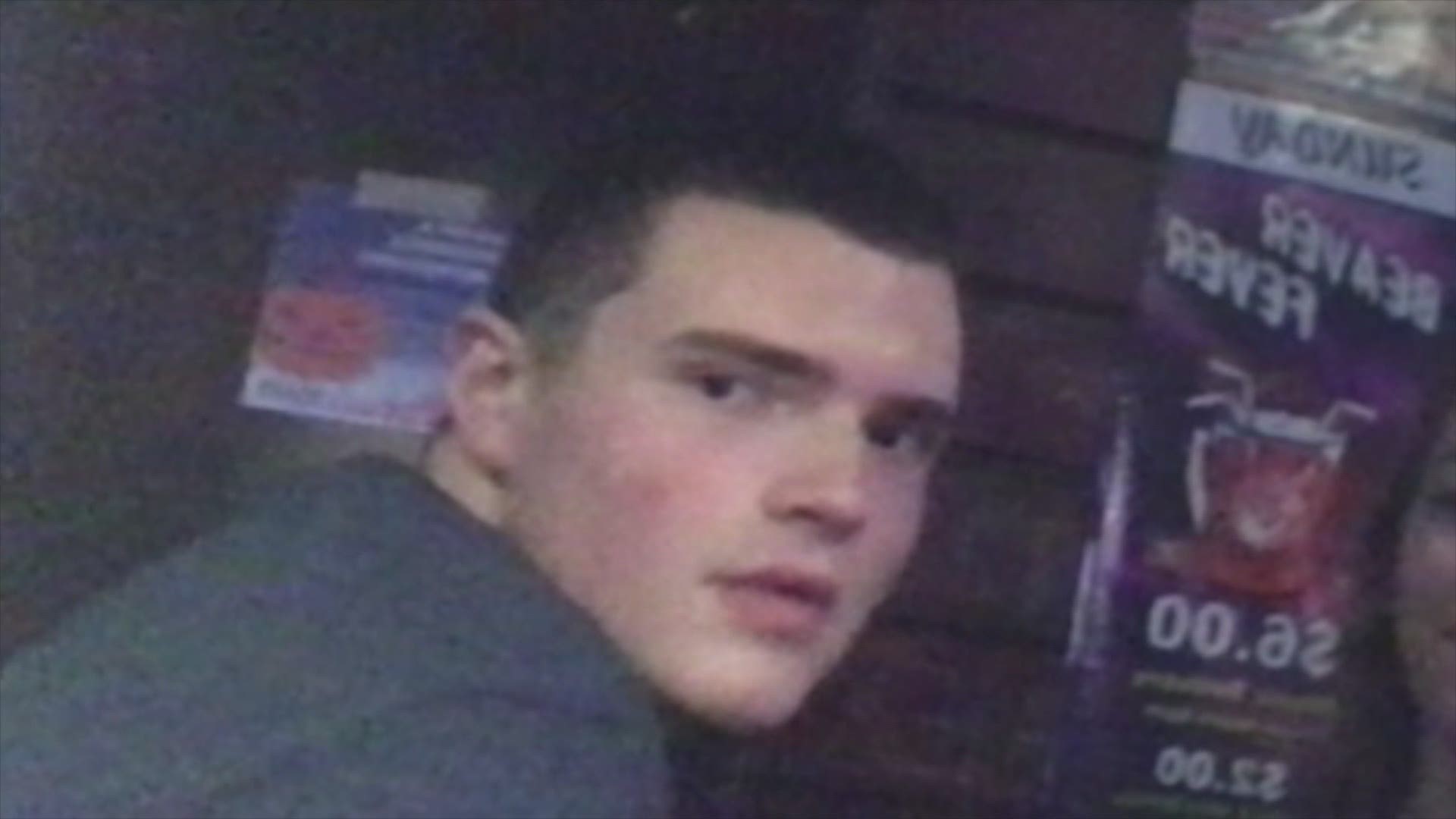 HARTFORD, Conn — After a search that lasted nearly a week and spanned across several states, a suspect deemed 'armed and dangerous' by Connecticut State Police was apprehended by troopers in Maryland Wednesday night.

Peter Manfredonia, 23, was wanted in connection with two homicides in Connecticut.

State Police provided details surrounding his arrest and the charges against him at a press conference Thursday from CT State Police Headquarters in Middletown.

According to officials, around 9 p.m. Wednesday, State Police received a tip that Manfredonia was possibly in the area of the Pilot truck stop in Maryland, where he was eventually detained.

Two Connecticut detectives were on scene describing his appearance to out-of-state officers.

At that moment, a man that fit the height description was spotted 20-feet away as an officer turned his head.

They noted the person had red sneakers, as seen on surveillance cameras and his side profile matched additional photos of Manfredonia.

State Police said detectives approached the man with the guns drawn and instructed him to get on the ground. The man was identified as Manfredonia.

He did not resist and no force was used in the arrest, officials said.

A weapon was located 200-yards away from where the arrest occurred, in a black bag. 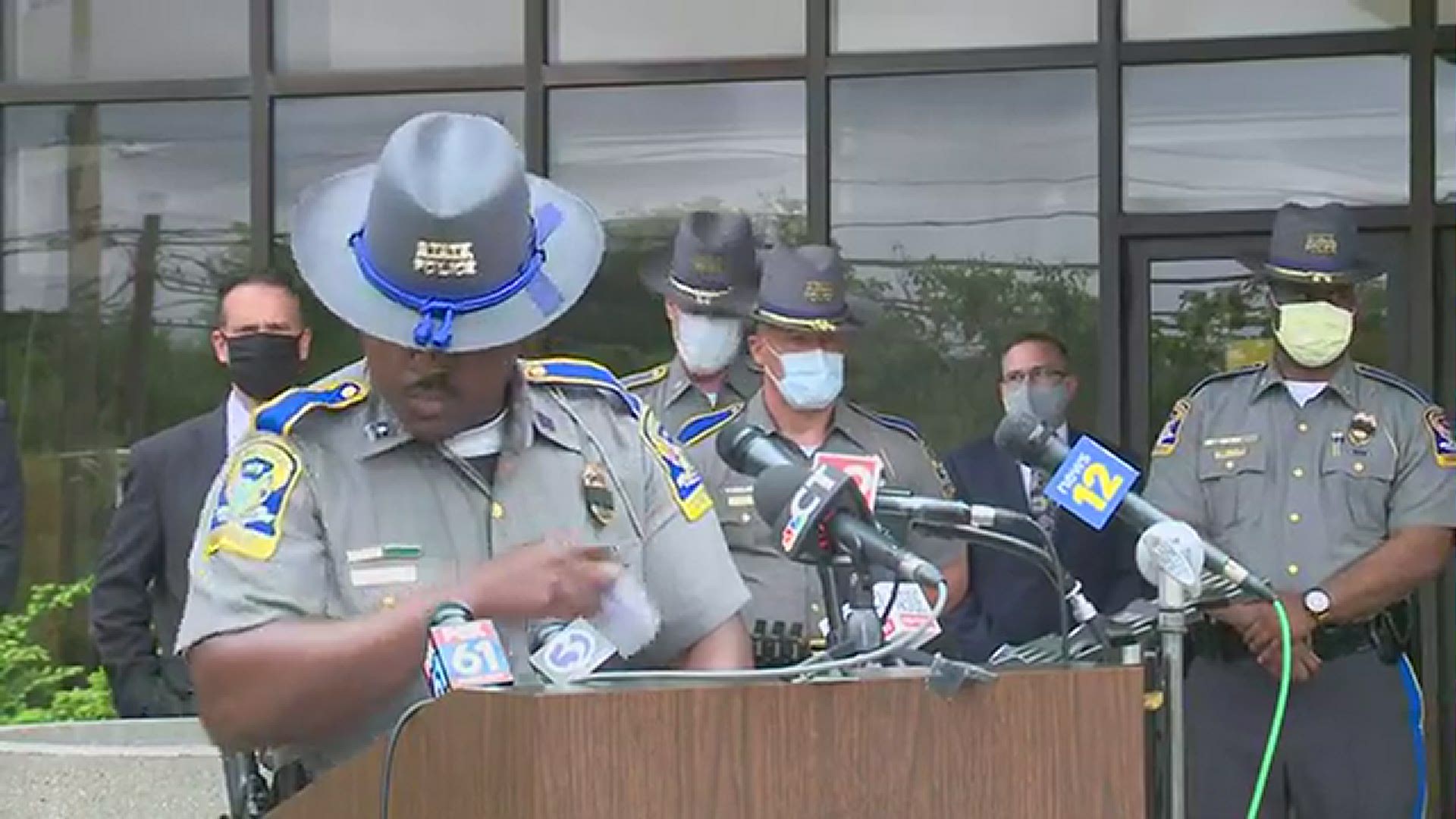 Officials say Manfredonia wasn’t agitated and followed all directions from law enforcement, including leading them to the black bag.

Authorities are working with the state’s attorney’s office to extradite Manfredonia back to Connecticut next week or the week after.

Manfredonia joined his Maryland arraignment Thursday via videoconference from jail.

Manfredonia represented himself, although a public defender was present on the call. He waived his extradition, surrendering voluntarily to be moved to Connecticut.

Judge Terry Myers expressed that Connecticut officials have the intention to try him for murder.

“The state of Connecticut has requested that you be returned there for trial for an alleged crime of murder,” the judge said.

Connecticut officials now have 30 days to pick up and transfer Manfredonia from the Maryland jail where he is being held.

Manfredonia was taken into custody in the area of a Pilot truck stop by US Marshals and the Washington County Sheriffs Office.

Sources tell FOX61 that police did not chase him when he was caught. Neither Manfredonia, nor the officers were hurt during the arrest.

Officials believed the bag was filled with guns and items he had taken from a home invasion in Willington over the weekend.

Connecticut State Police said during a press conference around 11:15 p.m. Wednesday, that at time of his arrest, officers in Maryland found a gun they believe was used in the Derby homicide. 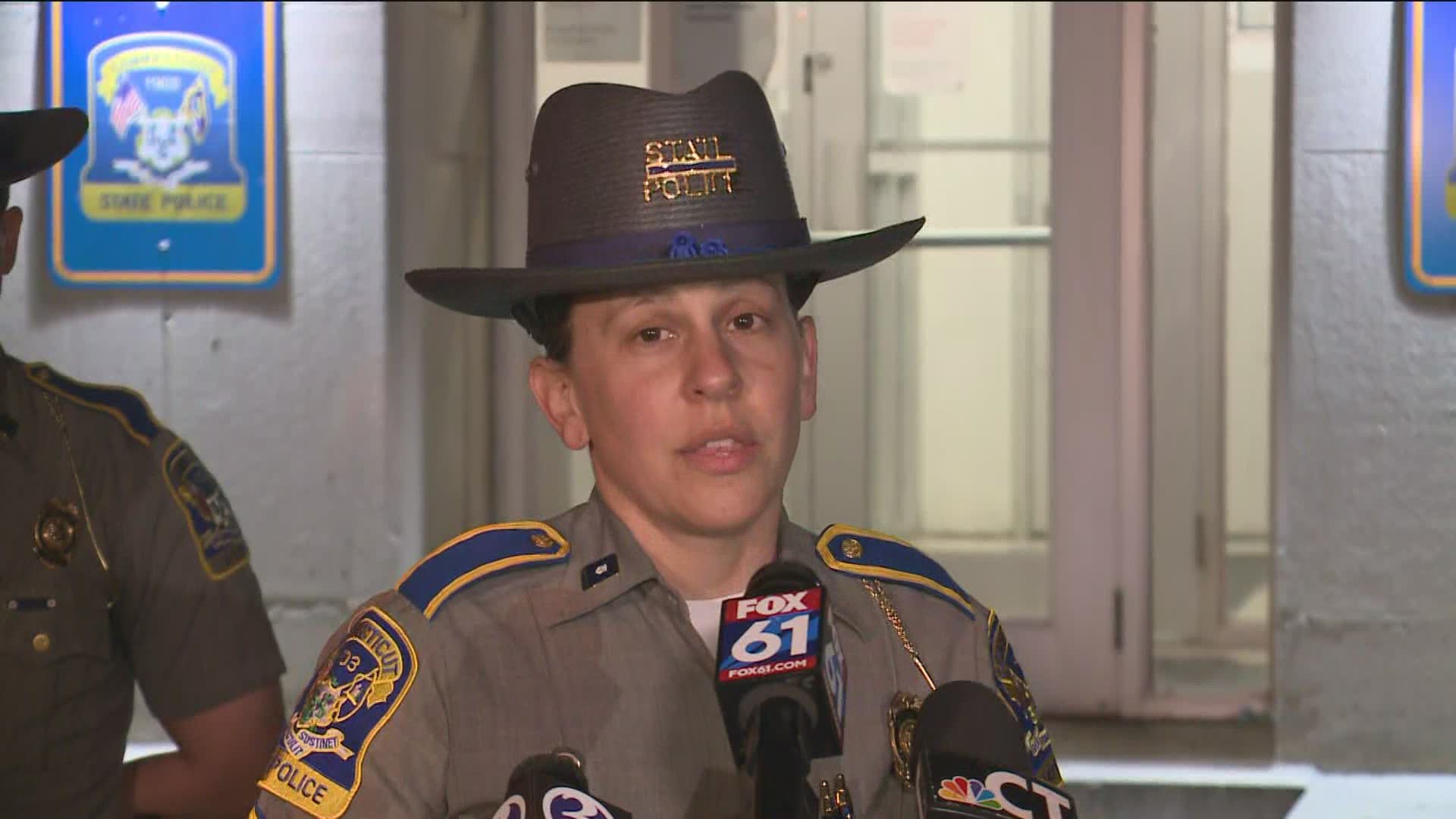 The victim in that homicide was 23-year-old Nicholas Eisele.

According to CT troopers, Eisele was found dead in a home on Roosevelt Avenue. Manfredonia allegedly stole Nick Eisele’s black Jetta and abducted Nick’s girlfriend some time before.

State Police also reported that Manfredonia could be facing state and federal charges.

The initial incident that sparked the entire manhunt occurred last Friday in Willington, a quiet town just north of the University of Connecticut.

Officials identified him as 62-year-old Theodore DeMers, of Willington. State Police did not provide an update on the extent of the second victim's injuries. The second man is in stable condition as of Monday evening.

After Manfredonia was taken into custody Wednesday night, his family's lawyer Michael Dolan released a statement on behalf of the family saying they are relieved Peter "has brought this to a peaceful conclusion." 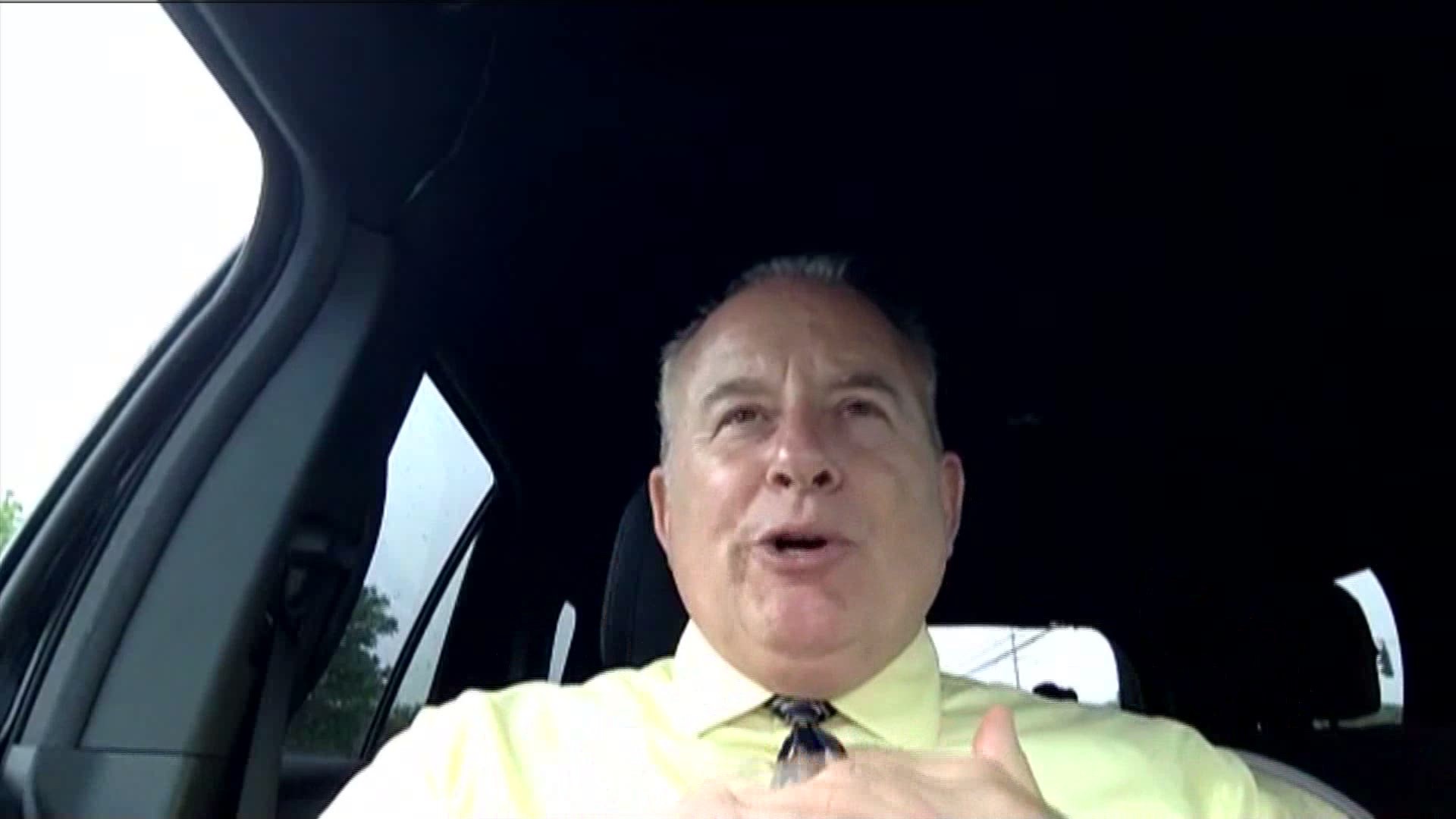 Prior to Manfredonia's arrest Wednesday night, Pennsylvania State Police alerted a new tip that reported he was spotted in Hagerstown, Maryland.

According to a release, the wanted UConn senior was also possibly seen at a Sheetz in Chambersburg, Pennsylvania. Surveillance video captured a man who matched his description.

That person was wearing red sneakers and the black bag, believed to be filled with guns was still in his possession.

Pennsylvania troopers say that individual obtained an Uber and was then driven to Maryland.