The move is expected to bring about 200 jobs to the state, the company said. The new headquarters will be operational by summer 2022. 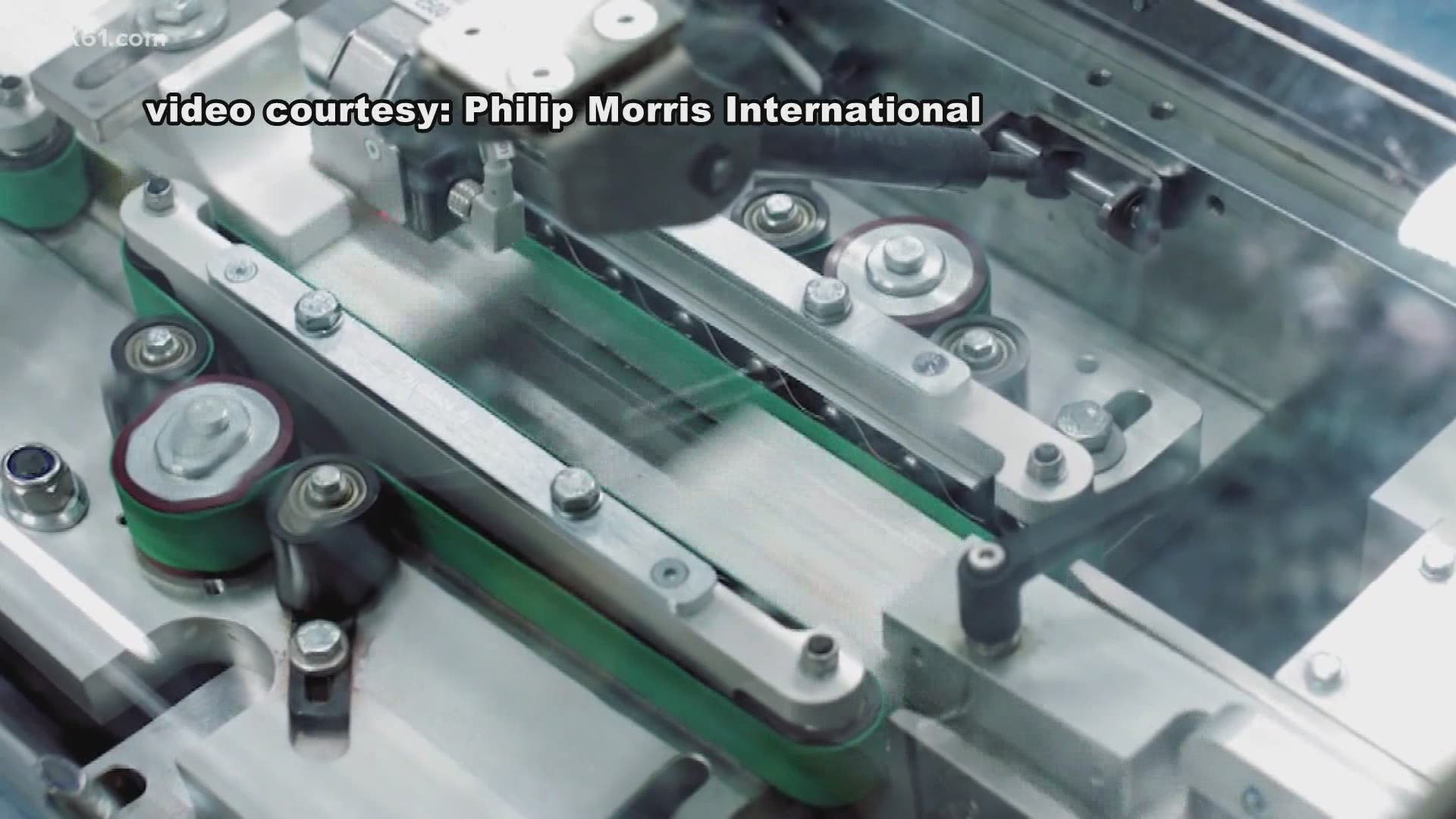 STAMFORD, Conn. — Phillip Morris International, one of the world’s leading tobacco companies will be moving their headquarters from New York to Connecticut.

“It’s a great day for us for our company,“ said Jacek Olczak, the CEO of PMI. “Officially, we confirmed that we are coming to Connecticut."

Phillip Morris International will now put down roots in Fairfield county. The major tobacco company is made up of more than 71,000 employees, and will now bring 200 new jobs into our state.

“It’s going to start out with corporate headquarters,” said Lamont. “It will continue to grow right here in the Fairfield county area.”

Lamont said he is excited to add another Fortune 500 company, now the 15th, in our state, and loves that PMI is looking to make a change.

PMI is now working on replacing cigarettes with smoke-free products, they won’t be risk-free, but the CEO says he believes it’ll be a healthier choice.

“The science exists today to confirm the products are better alternatives than continuing smoking,” said Olczak.

Lamont, who signed a bill that legalized recreational marijuana on Tuesday, says the two industries will not be integrated.

“They have no interest in getting into the cannabis business,” said Lamont. “It is my understanding, they’re moving into a smokeless future.”

That goal is an attempt by PMI, to help those who struggle to quit smoking.

“I do believe that we can fully solve once and forever the problem of cigarette smoking,” said Olczak.

PMI has not yet decided on a location in Fairfield county but expects to be in Connecticut by next summer.

RELATED: US jobless claims tick up to 412,000 from a pandemic low