The highway was closed between Exits 43 and 44. A person has been taken into custody. 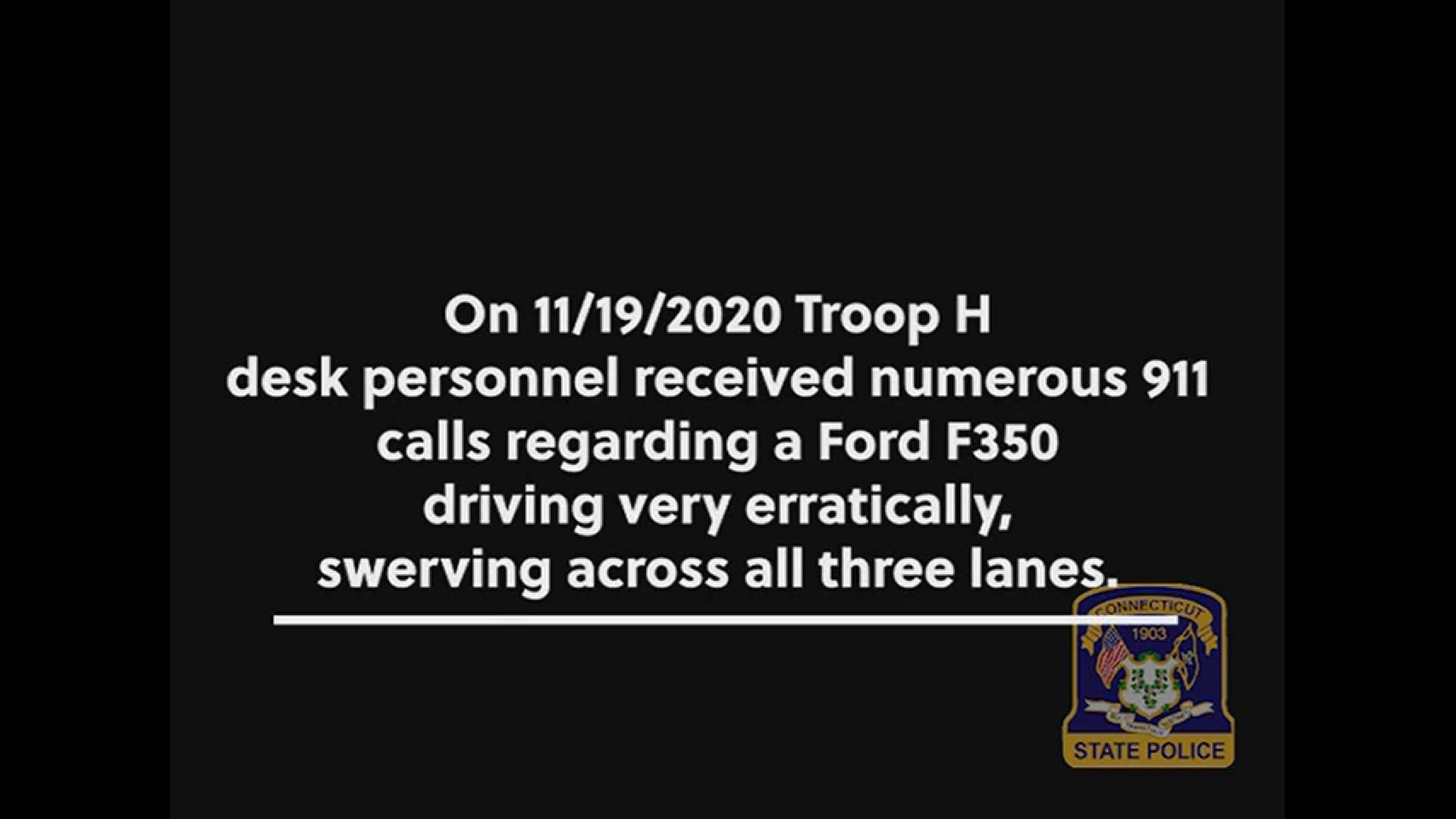 Police said they had received a call for an erratic driver on I-84 east of exit 34 in Plainville. Reports stated that a Ford F-350 had been swerving through all three lanes and almost struck other drivers.

Troopers were able to catch up with the driver, 36-year-old Daniel Rapuano, by exit 40 in West Hartford, and pulled him over. According to police, TFC Kenneth Dillon approached the truck giving verbal commands and had to step on a running board to open the door.

That's when police said Rapuano took off in the truck, throwing Dillon into the middle lane of I-84.

Rapuano reportedly was approaching a heavy traffic area and troopers forced a collision to get him to stop. TFC Dillon caught up with Rapuano and struck the right-rear of the truck, causing Rapuano to spin out into the center median by exit 43.

No injuries were reported to Rapuano and he was arrested and charged with:

Rapuano was held on a $250,000 bond. TFC Dillon was taken to Hartford Hospital for their injuries.