Police say two cars were weaving in and out of traffic at a high rate of speed before the crash that killed 44-year old Luis Daniel Rodriguez. 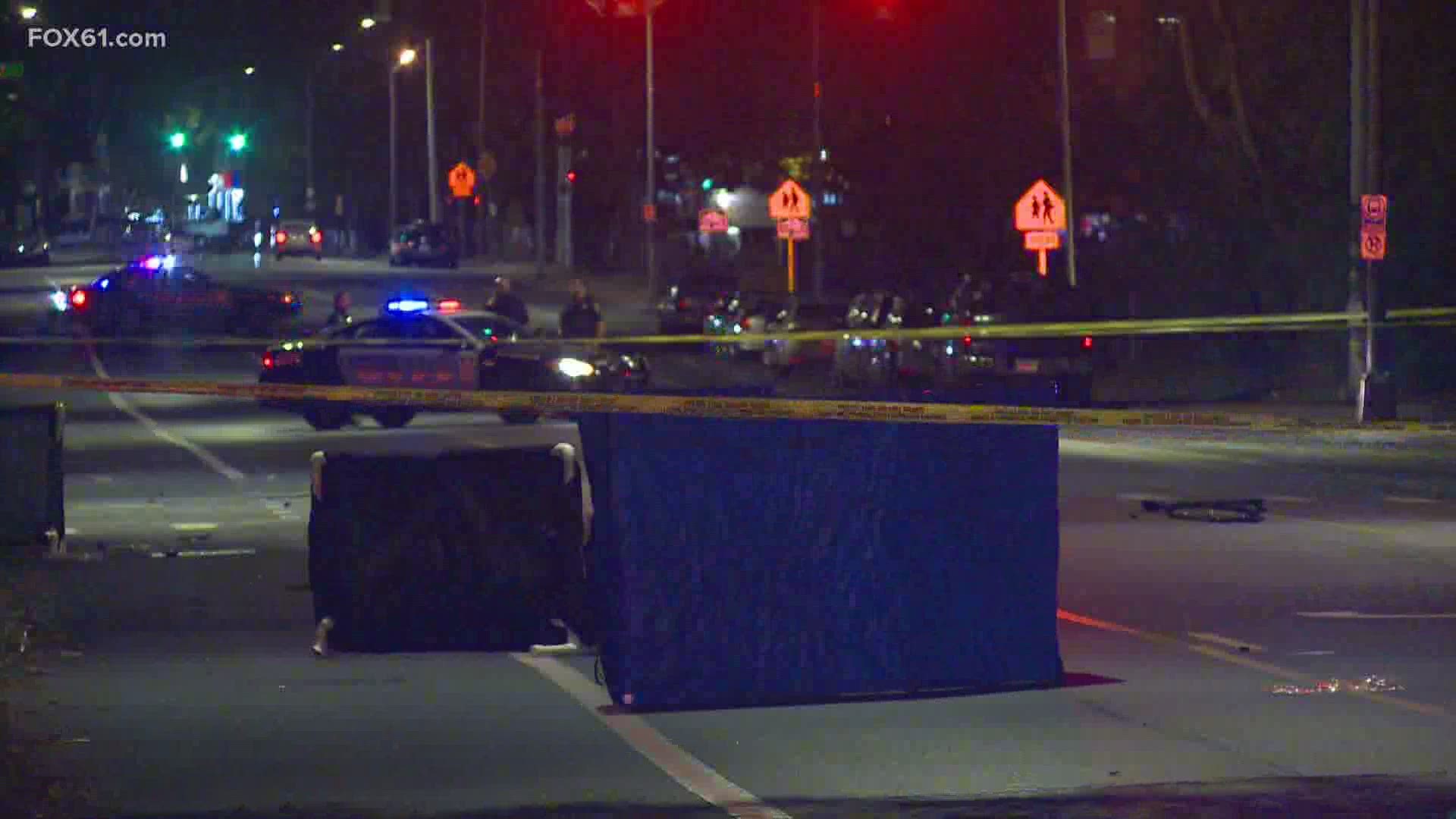 HARTFORD, Conn — A man on a bicycle has died after being struck by a car and left in the street to die Thursday night off of Wethersfield Avenue.

Police asked for the public’s help not only to find driver responsible, but also to identify the victim. On Saturday, police said they had identified him as Luis Daniel Rodriguez, age 44. Police say he appears to have lived in Hartford and New Britain.

Wethersfield Avenue fatal MV collision w/bicycle victim has been tentatively identified, more info will be provided soon. Thank you for the messages, posts, shares, and calls.

On Wethersfield Avenue, many residents have said there has been a history of speeding and racing.

One family says they heard the impact that killed the man and says it shook them to their core when they found out what happened right in front of their home.

Davan Duffus says he heard the impact of the accident, he said, “I just heard one big bang and we knew something bad happened and it was terrible.”

Duffus says before the impact he heard no screeching of tires or attempt to stop after one man was hit by a vehicle. 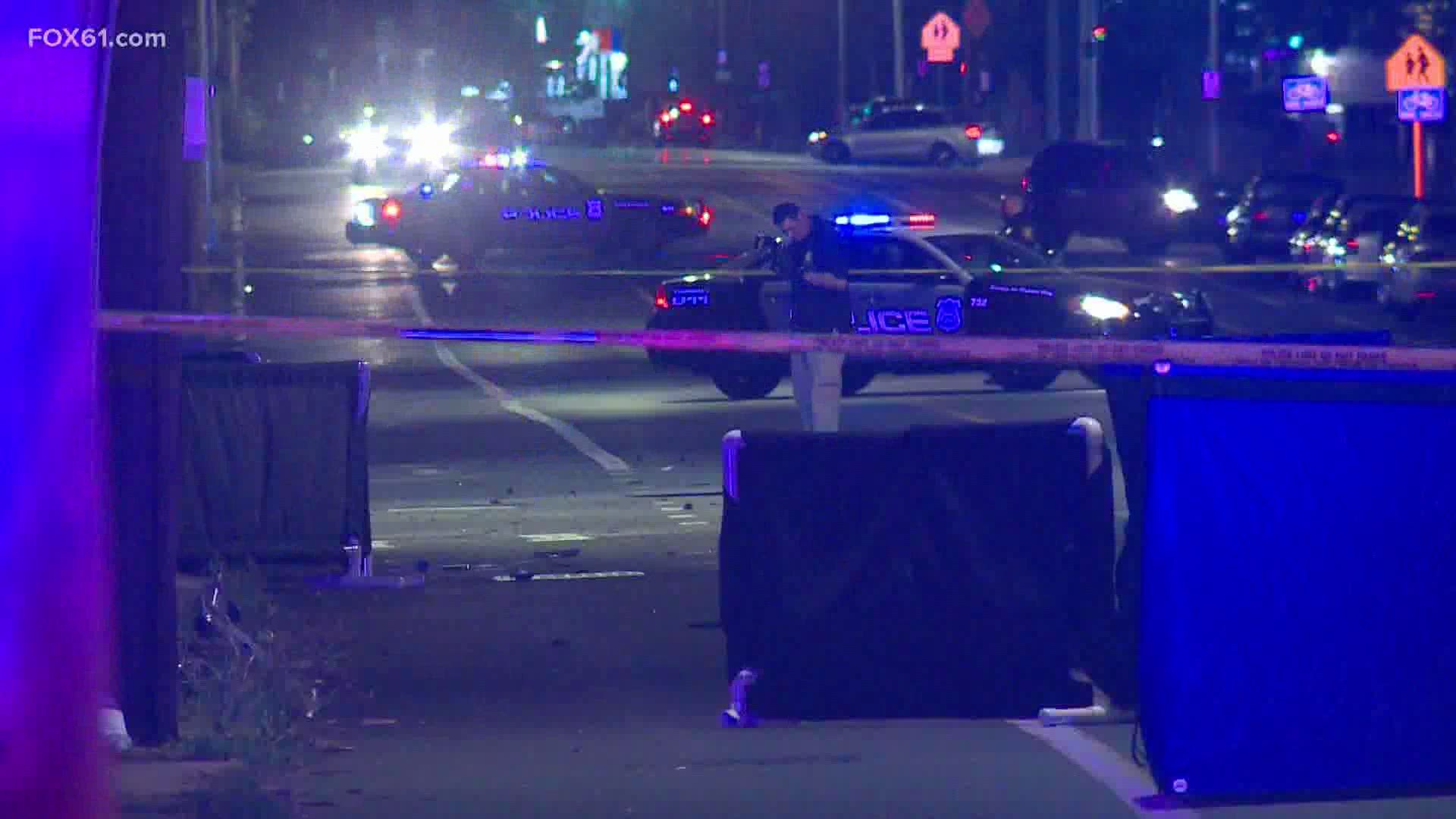 Police say the driver still has not been found, but police say a suspect vehicle was spotted on the north end.

Police described the victim as having long black hair, and no tattoos or facial hair. Many neighbors FOX61 spoke to originally thought the person struck was a woman until police clarified the victim was indeed a man.

Police have confirmed this is a hit and run. No word yet on what type of vehicle they are looking for . @FOX61News https://t.co/N9alGR5GPW

The victim was also wearing a black shirt and shorts with black Nike flip flops riding a blue mountain bike.

This entire scene happening right in front of Duffas’ home.

Duffas said, “ I came on my porch, I didn’t want to come too close because they put the barriers up so we couldn’t get too close, but from where I was standing I could see a person laying on the street just before they covered the body with a sheet… yeah, I saw that.”

This tragic incident has caused quite a reaction online with many saying they have had enough.

Anne Goshdigian is a long time resident of Hartford, she said,  “This street is a speedway, a drag strip anything goes here.”

Many people, like Goshdigian, who live along Wethersfield Ave. are calling for the city to implement more measures to protect people.

Goshdigian said, “The time is up, we’ve been telling you this for years this is the most horrific killing by an out-of-control speeding motorist, we want more enforcement.”

According to Hartford police, they have been taking measures to curb the speeding on Wethersfield avenue alone.

Since January 1st, Hartford police say they have done over 650 vehicle stops; conducted more than 4,900 direct patrols where they showcase a larger police presence and participated in nearly 300 parks and walks.

Hartford police sent this statement in regard to the incident:

"Our prayers are with the victim's family and we will do everything we can to find those responsible and bring them to justice," said Chief Thody. "The investigation is active and ongoing, but the information we have so far indicates that two vehicles were traveling at high speed down Wethersfield Avenue and that one of them hit the victim as he was bicycling in the bike lane.  Preliminary information indicates that at least one of the vehicles involved was a stolen vehicle.  The police department has conducted thousands of directed patrols, ‘park and walks,’ and traffic stops on Wethersfield Avenue this year, as well as special initiatives in partnership with state agencies such as the Department of Motor Vehicles, but like other cities, we continue to battle the problem of dangerous speeding and racing in stolen cars.”

Residents say no matter what something needs to be done.

“This was a truly horrific crash and a tragic, totally senseless loss of life," said Mayor Bronin.  "We still do not know the victim's identity for certain, but my heart breaks for him and for his family.  Our police department will do everything possible to identify those responsible for this young man's death.  Vehicles have been the cause of far too many injuries and deaths in our community, and we are working to make our streets safer, both through traffic enforcement and street design, but we have a lot of work to do."

If you have any information about the victim or the incident you are encouraged to call the police.

Officials want to remind everyone that you can report to them anonymously.