Policing experts weigh in on New Haven's use of force investigation 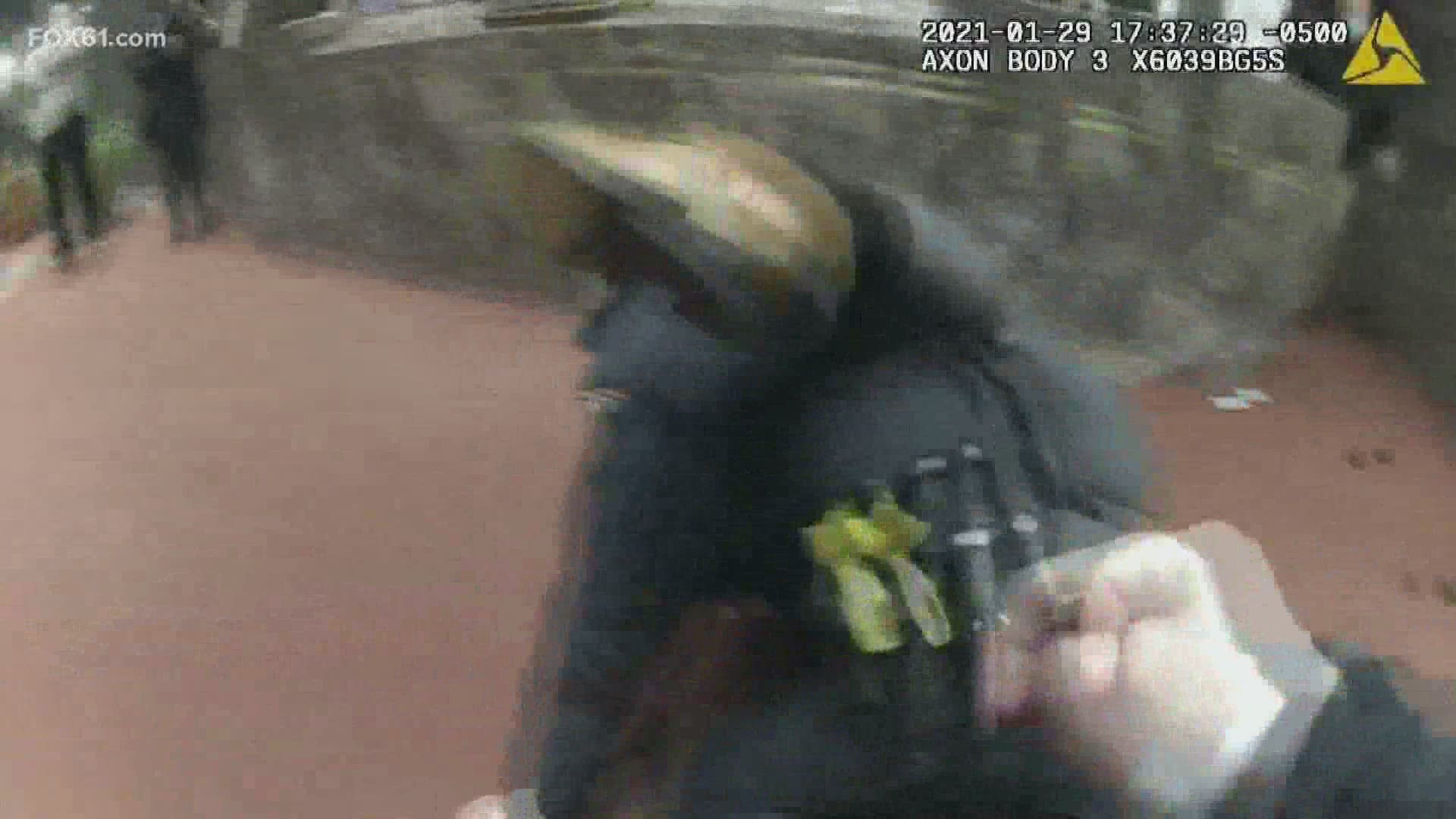 NEW HAVEN, Conn. — New Haven police officer Justin Cole, who punched businessman Shawn Marshall in the head several times last week, as police were trying to get him to leave a building he was evicted from, has not been placed on administrative duty pending the outcome of an internal affairs investigation.

"It appeared that an officer was choking the individual and punching him in the head as they were trying to arrest him and it looked pretty bad," said Dr. Lorenzo Boyd, the Chief Diversity Officer for the University of New Haven.

Boyd, a nationally recognized leader in police-community relations, says the three responding officers largely did a nice job de-escalating the situation for over an hour in trying to encourage Marshall, who received an eviction notice two days earlier, to leave the building.

But, when he refused to leave, police attempted to handcuff him. He went to the ground as the police grabbed him. Body camera footage showed Marshall kicking officers before officer Cole grabbed him by the neck with his left hand while punching him three times with his right.

"A lot of this training we should be doing regularly," Boyd said. "We should be building in cultural competence training. We should build in communications training and community awareness."

Former Acting New Haven Police Chief John Velleca says this lengthy ordeal could have ended far sooner, citing this exchange citing an exchange when Marshall "puts up his arms and says OK arrest me. Well, you know, that’s a missed opportunity. You should’ve arrested him at that point."

Marshall was hit with multiple charges, including assault on an officer, did not respond to a request for an interview Thursday. He was the one who called police to the building saying he was being harassed by building management during the eviction.

Velleca said he believes Marshall knew, when he called police, "he was not going to exit that building without first making a show."

And New Haven‘s former acting chief and a retired state trooper are teaming up at New Haven‘s in Albertus Magnus College this semester to teach a class on community and policing.