Popliteal Entrapment: How a doctor saved an athlete’s leg, and career

GLASTONBURY — Gary Kazanjian of Glastonbury played lacrosse and was a standout lineman for a standout football team at Choate Rosemary Hall. Being a footb... 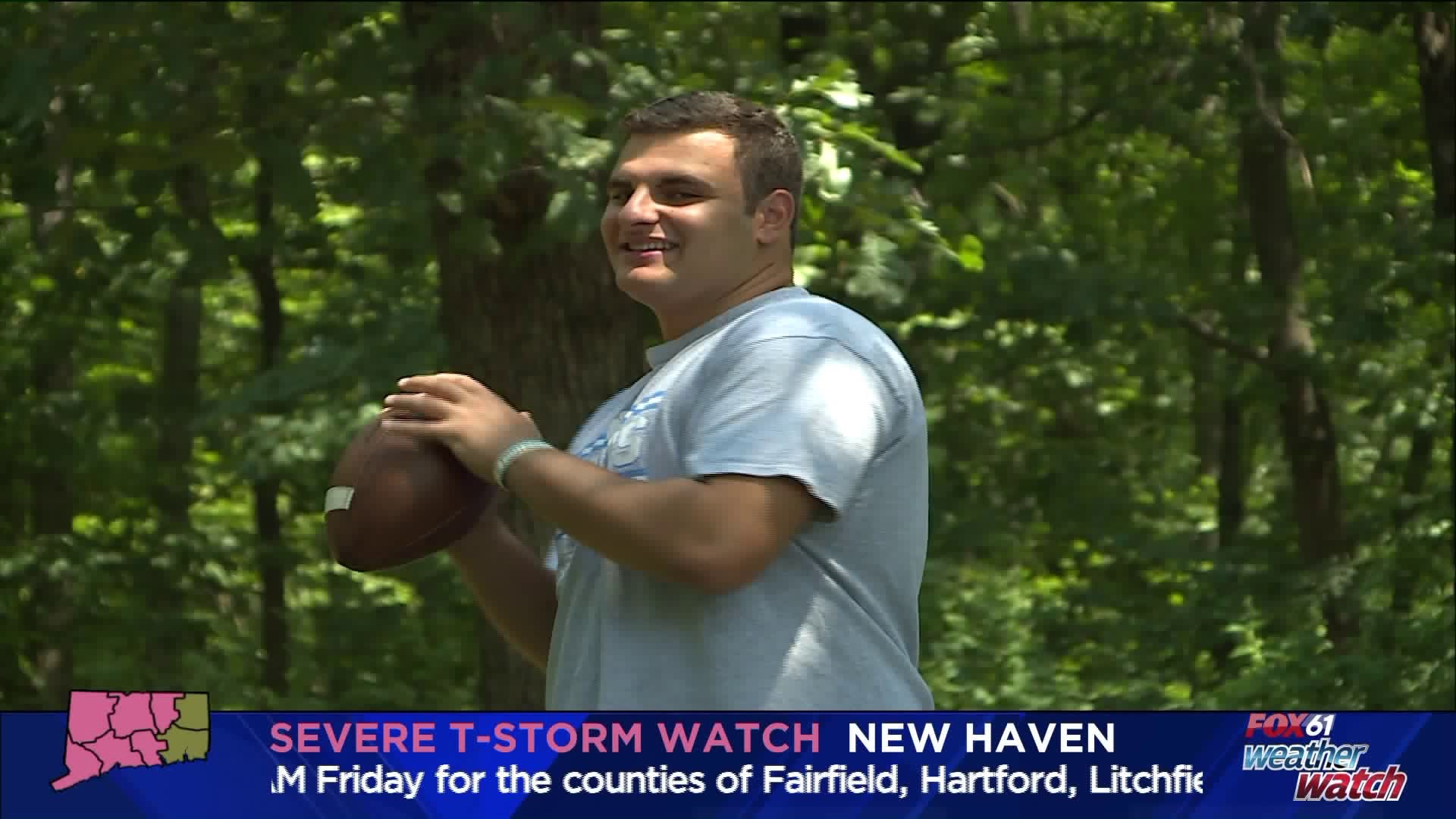 GLASTONBURY -- Gary Kazanjian of Glastonbury played lacrosse and was a standout lineman for a standout football team at Choate Rosemary Hall. Being a football player, he was accustomed to nagging injuries, but in 2017, one injury went from merely nagging to threatening his leg in just weeks.

“My leg got crushed in between two people and my foot kind of fell asleep, and I didn’t really know what it was,” he said.

Over the following two weeks, the numbness gave way to a burning sensation that started behind his knee, but spread up and down his leg. Gary was forced off the field, and still didn’t know exactly what was happening, but he knew his situation was getting worse.

“My foot started turning white whenever I would elevate it,” he said.

The popliteal artery is a main extension of the femoral artery, and it runs behind the knee. Dr. Divinagracia said, in rare cases, a person’s natural musculature and positioning of the artery can cause it to get pinched, obstructing blood flow. He said it disproportionately affects young male athletes because their tendency to have larger muscles makes the condition more likely.

As for Gary, it’s not known to what extent his problems would have occurred had the injury not revealed the underlying popliteal entrapment, but after about five weeks, he had blood clots up and down his right leg. At its worst, his leg had only three percent of its normal blood flow, which meant Gary needed to be rushed into surgery.

“At that point, the only way to do it is to do a bypass around it where we harvest his vein, and basically turn it into an artery, bypassing the area that was occluded,” said Dr. Divinagracia.

Gary estimated the procedure took seven to eight hours, and the bypass started just below his hip and ran down almost all of his leg. It worked. Gary woke up to find his leg had been saved, but that didn’t mean his football career necessarily was, as well.

Gary also credited the unwavering support of his family and friends during his expended hospital stay. At one point, the whole Choate football team came to visit.

“It worked very well! Gary was a trooper and he recovered amazingly well, so he was able to get back and actually do a little bit of lacrosse last spring,” Dr. Divinagracia said.

Gary got back to football, too, and did well enough that he’ll be playing for Tufts University in the fall.

“I think what happened to me with the combination of the crush and entrapment was a one-in-a-million type injury,” said Gary.

If true, then it would be fair to call his recovery a one-in-a-million type story, as well.