A Kent State University graduate caused an uproar on social media with a photo, in which she is toting an AR-10 long rifle on her back, as she walks across campus. 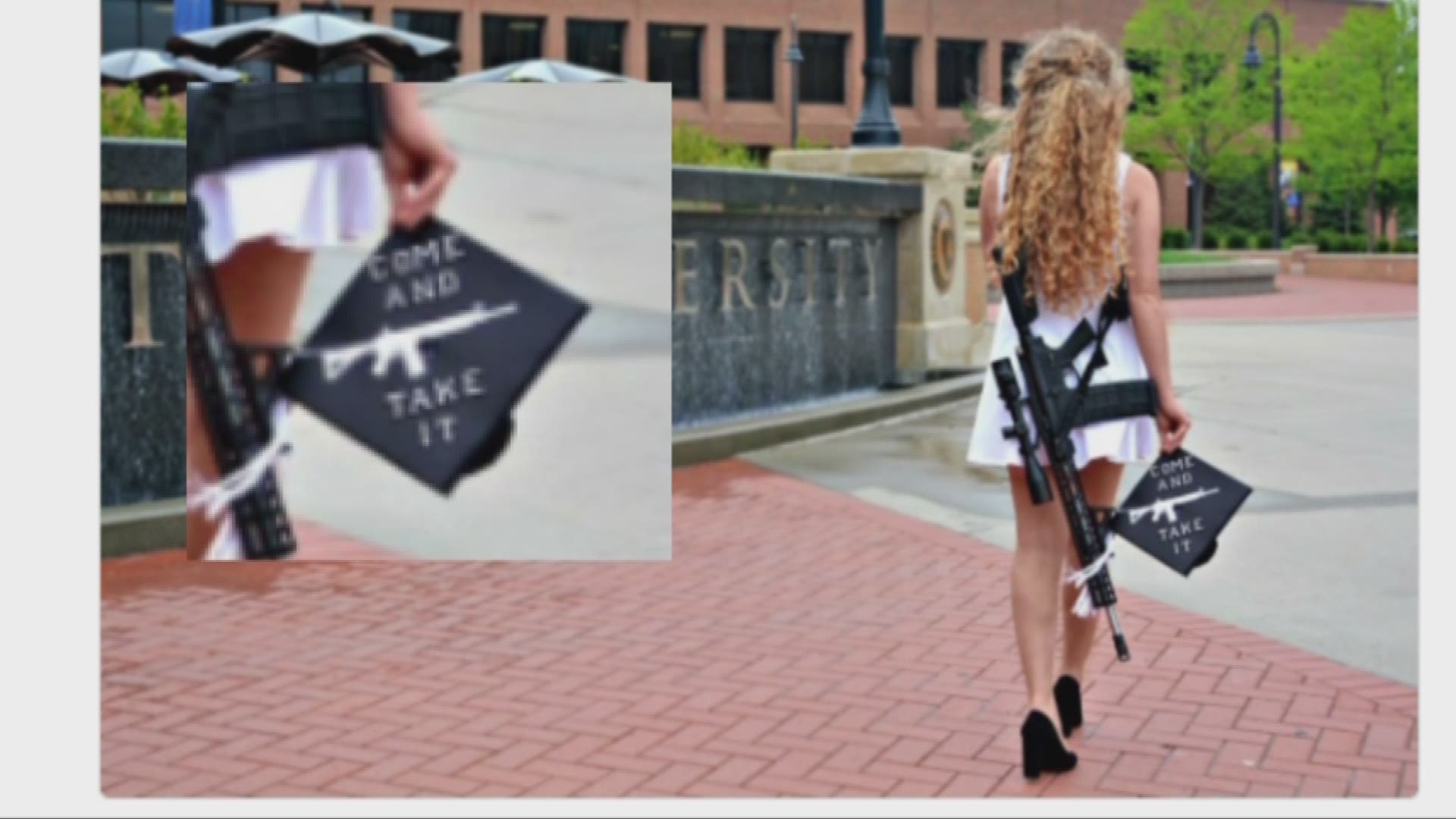 KENT -- It's not your typical graduation photo.

Kent State University graduate, Kaitlin Bennett, 22, caused a stir on social media with her photo, in which she is seen walking on campus, while carrying an AR-10 long rifle on her back. The photo is made more dramatic because the gun, held vertically, is almost as tall as Bennett.

In two days, the photo has been shared hundreds of thousand of times by other social media users and news outlets.

"You see in the media a lot about college students and high school students, being advocates for gun control," said Bennett. "But you don't see a lot going viral about students who are pro-second amendment and pro-gun rights."

Bennett's gun-toting photo also shows her holding a graduation cap that reads, "Come and take it." Her tweet's caption reads, "Now that I graduated from Kent State -- I can finally arm myself on campus. I should have been able to do so as a student especially since 4 unarmed students were shot and killed by the government on this campus."

Her post has drawn thousands of comments that include both praise and harsh criticism.

"It's because of you we have to fear for our lives," responded a Twitter user.

"Think shooting at the National Guard would have gone well for you?" tweeted another.

It's also drawn death threats and threats of violence against her.

Kent State University's policy prohibits students, staff, and third parties doing business with the university from having a deadly weapon inside buildings and outside campus grounds.

But visitors may openly carry a gun outside on campus, since it is considered public property of the state.

After university officials determined that Bennett would no longer be a student immediately after graduation, she staged her photo shoot on the day after commencement. The university confirmed that Bennett did not violate any rules.

Despite the attention, Bennett does not have any future plans in politics. She's now armed with a new degree in biology -- the study of life, not liberties. She's planning a career in animal sciences.

"Animals are innocent," she said. "They're cute. Humans? Nah."