Portland protesters march across city, calling for justice and change 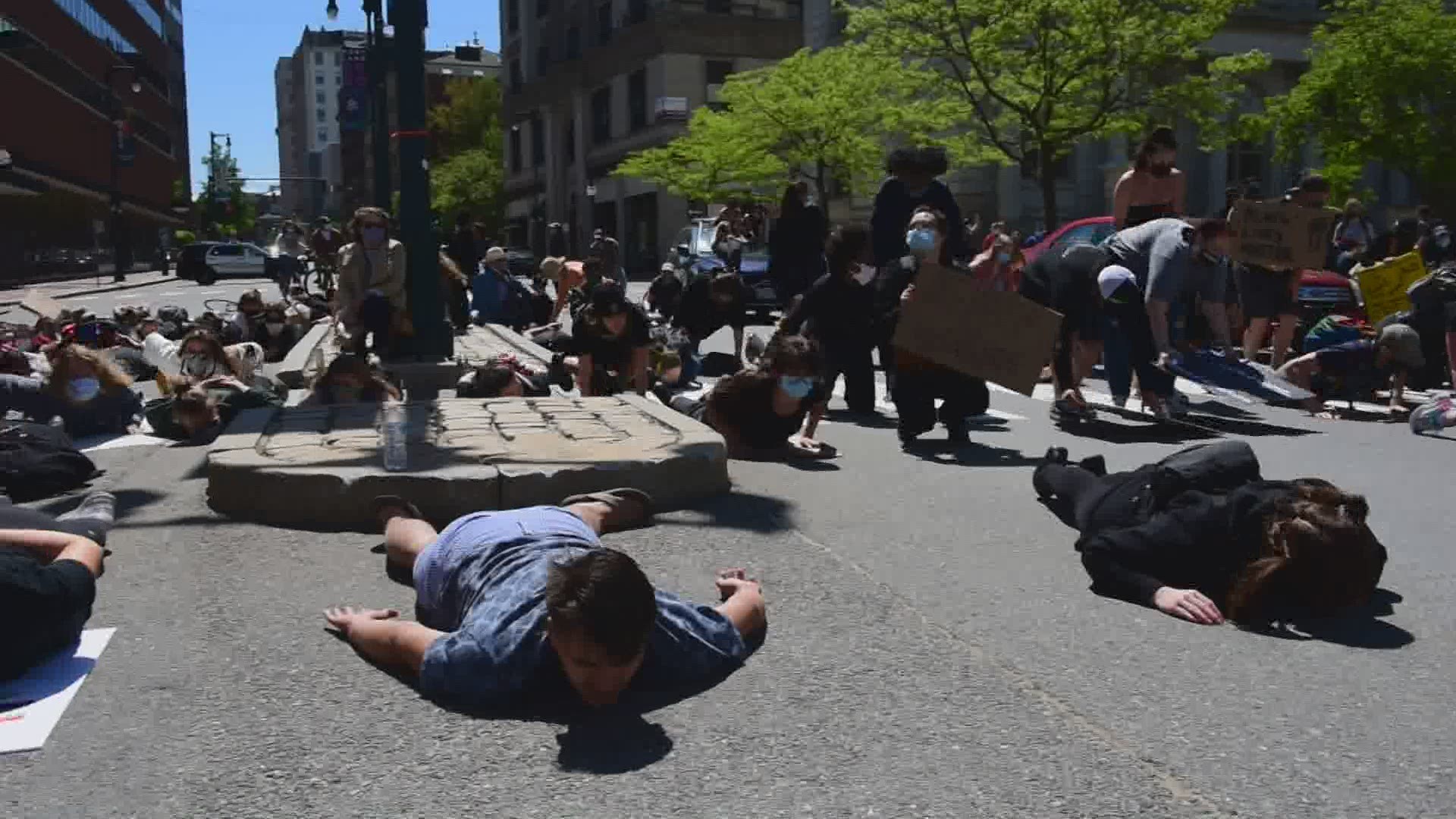 PORTLAND, Maine — As protests continue throughout the nation Sunday, Portland saw hundreds of demonstrators calling for justice and change following the death of George Floyd in Minneapolis, Minnesota.

Protestors gathered on the steps of City Hall during a rally, then shut down a part of Congress Street by laying on the ground. A march down Exchange Street followed where they formed a human chain, locking arms, blocking intersections.

Police officers were on hand, with cruisers closing down roads to let protestors express themselves peacefully.

Part of the protest was centered around the Portland Police Department building on Middle Street where vandals graffitied profanity on the front door and garage door. Some of the messages were with chalk, but most were with spray paint.

Protests continued in the city into the evening hours where Portland Police asked motorists to avoid the area around the police station, City Hall, and several Old Port streets, and I-295.

1 / 14
Gabrielle Mannino/NCM
A protester yells while on his knees as the group lies down in the street during the Black Lives Matter protest on Sunday, May 31 in Portland.