The statement stemmed from a recent question asking whether the Catholic Church has the power to bless the unions of persons of the same sex. 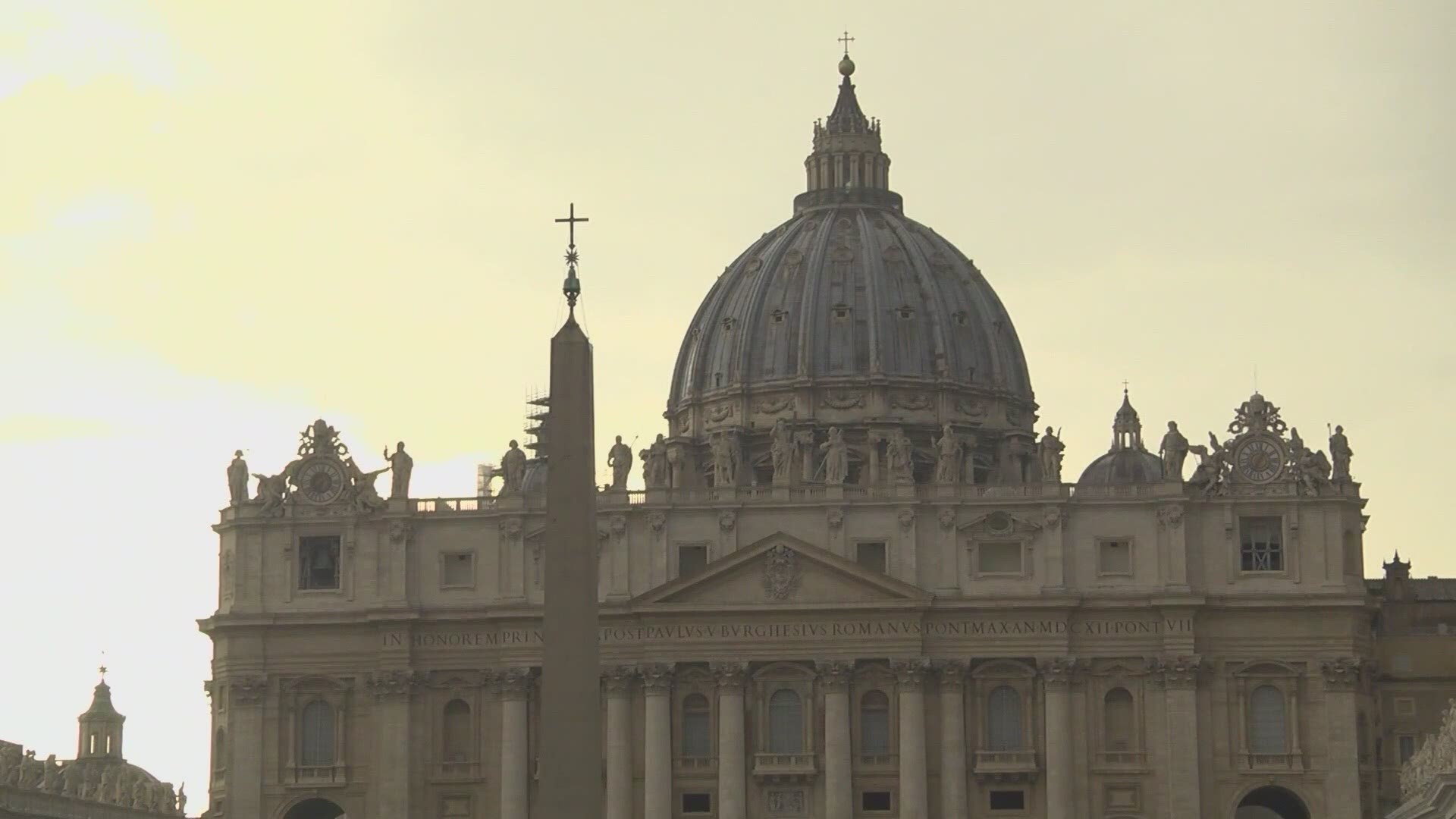 CONNECTICUT, USA — The Vatican issued a statement Monday that made some waves but didn’t surprise anyone in the gay community.

The statement stemmed from a recent question asking whether the Catholic Church has the power to bless the unions of persons of the same sex. The church said no. Then, tried to explain.

The statement from the Vatican says that gays and lesbians, individually, are entitled to receive a blessing, if they live according to Church teaching.

"I’m not surprised obviously," said Michael Lawlor, an associate professor of criminal justice with the University of New Haven, who is married to a man. "It will certainly further alienate a lot of people I think."

Mike Lawlor, who grew up a devout Catholic, was instrumental in helping to enact legislation making same-sex civil unions legal in Connecticut in 2005.

"They’re allowed to make whatever rules they want in terms of the religious doctrine of their faith," Lawlor acknowledged. "I think we all have to respect it. It just seems like probably counterproductive to do this."

Another former member of the Connecticut General Assembly, who is also in a gay marriage, also weighed in.

Bye also reacted to the Vatican statement, which said “since blessings on persons are in relationship with sacraments the blessing of homosexual unions cannot be considered licit."

"I think it’s really a lost opportunity for the Catholic Church to spread the mission of caring and love that was at the core of the message of Jesus Christ," Bye said.

The Vatican statement also said God "does not and cannot bless sin" calling same-sex unions a "choice," saying they "cannot be recognized as objectively ordered" to God's plans.

"My prediction is it changes in the not-too-distant future, but it will create some bad feelings even among faithful Catholics," said Lawlor.

Last fall, Pope Francis had advocated for laws involving civil unions for same-sex couples during an interview for a documentary, but the Vatican said his remarks were taken out of context.

To read the statement issued by the Vatican, click here.