﻿Just after 5 p.m., traffic streamed from the Willow Brook Park parking lot for 15 minutes with vehicles featuring signage in support of the black community. 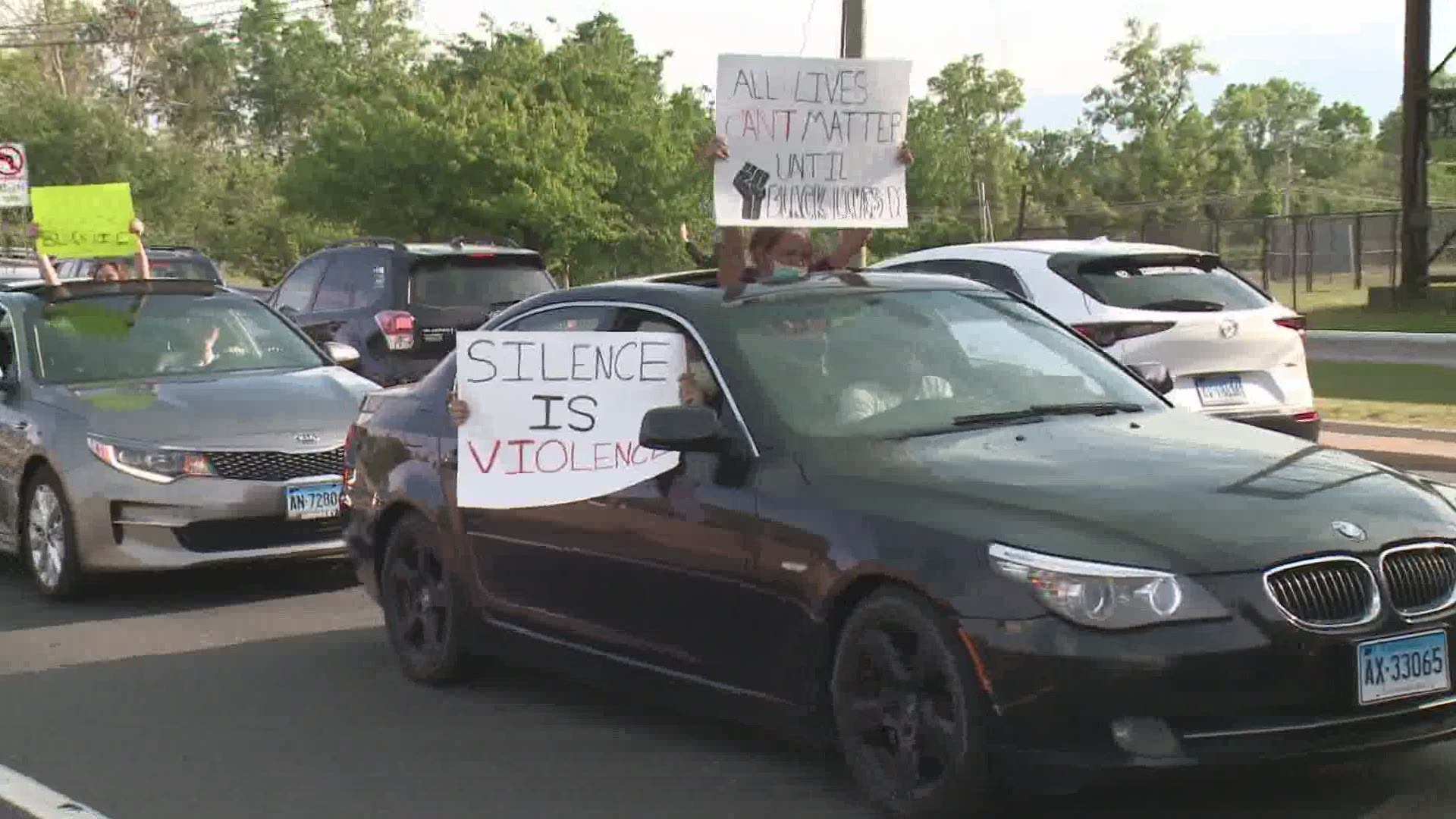 ﻿Just after 5 pm, traffic streamed from the Willow Brook Park parking lot for 15 minutes with vehicles featuring signage in support of the black community.

Mayor Erin Stewart (R-New Britain) billed the rolling rally as the Ride for Unity. And, before the ride revved up, the Mayor delivered a message, which was captured on Facebook.

"What happened to George Floyd is absolutely unacceptable," Stewart said. "We won’t stand for that here in the City of New Britain. We need to work together to make sure that that will never happen here."

A group called Black Voices for New Britain wanted to present the mayor a letter with a list of demands for the black community.

They never actually did get to speak with Stewart, who did not respond to FOX61‘s request for an interview.

But, their letter was read aloud before the ride. And, the group shared some of their demands with us.

One was to "review the contract with the New Britain Police Department and ensure that there is no provision preventing the city from creating a civilian review board," said Rev. Lee Tre Brown III, a Black Voices member.

"It’s extremely important for us, as people, who grew up in this town, to recognize that our town is not exempt from police brutality and that’s really why we came up there," said Alicia Strong, another member of Black Voices.

In nearby Portland, a large Black Lives Matter rally was postponed for the day, but some still wanted their message out there.

"Everyone should look past the color of someone’s skin because at the end of the day the only thing that makes us different is our personalities everyone is human," said Dominica Anderson of Portland. "We all deserve to be treated the same way."

"If you are silent, you automatically are with the people who are not doing anything to solve racism in the country," said Desirae Rivera, East Hartford.

She said she doesn’t agree with the rioting and looting that’s happening across the country but says that’s some peoples way of making their voices heard.