Organizers say the conversations could push Connecticut to heal even more from incidents of police brutality. 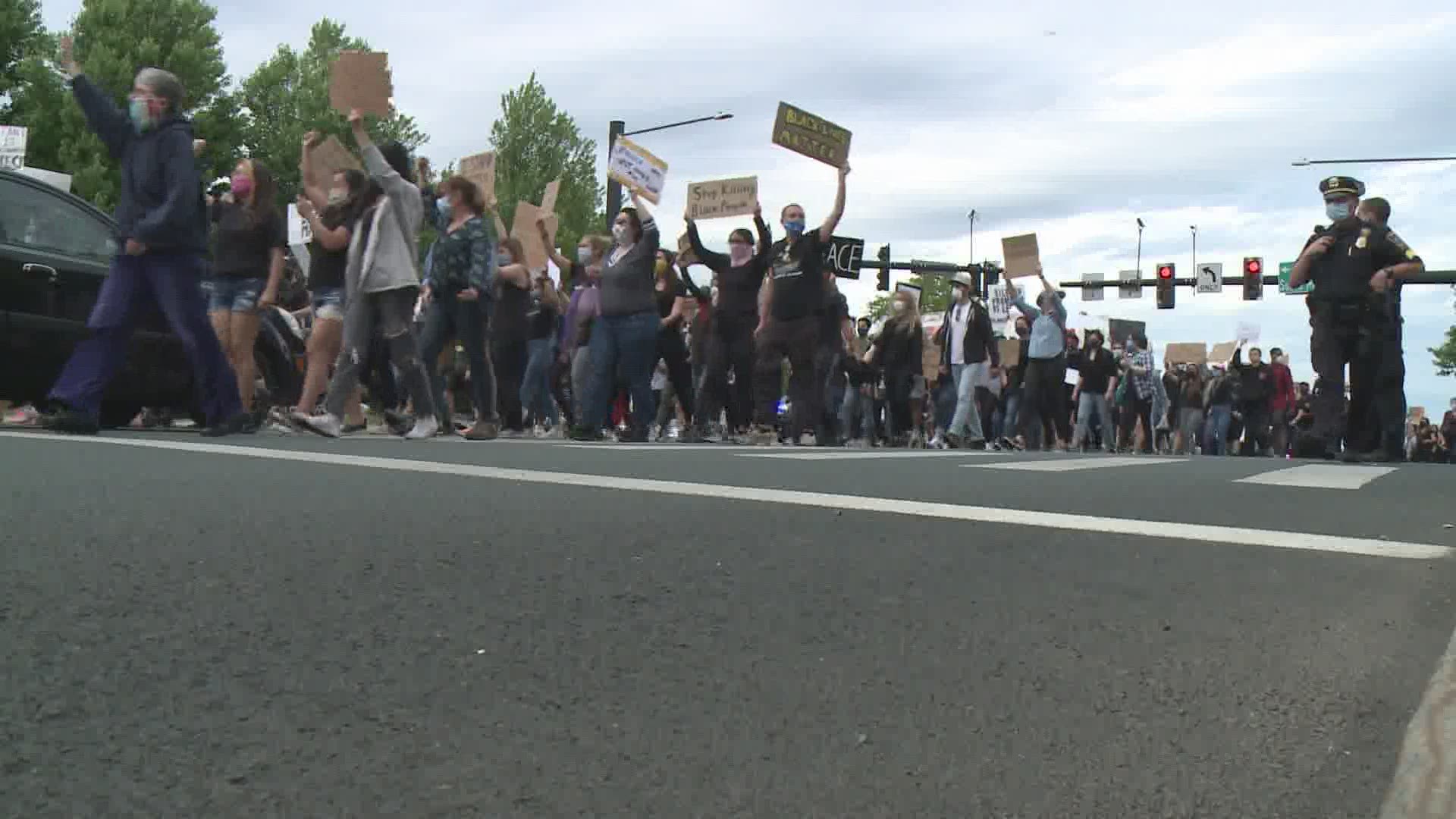 WEST HARTFORD, Conn. — Protesters marched through Blue Back Square Tuesday after coming together to remember George Floyd and all those who have died at the hands of police aggression.

It’s Mimi Gonzalez's main goal. She organized the rally for her little sister who wanted to make a change.

Gonzalez says having this conversation was the purpose. Protesters want everyone in Connecticut to have them because she says they could push the state to heal even more.

During the rally, people said the names of those of who are now gone by the hands of law enforcement, whether justified or not.

Names like Tamir Rice, a 12-year old African-American boy who was fatally shot in Cleveland, Ohio by a white police officer.

Rice was carrying a toy gun before being shot by police when they arrived on scene.

Protesters also named, Freddie Gray, a 25-year-old black man who was arrested by police in Baltimore and according to officials was subsequently charged for possessing a knife.

Gray later died while in police custody. His death was ruled a homicide and the officers were charged.

Now, people are remembering George Floyd who died in Minneapolis, while an officer knelt on his neck for about 8 minutes.

People taking a knee for 8 minutes for #GeorgeFloyd @FOX61News pic.twitter.com/YHLPp9qz8H

Protesters says these are just a few reasons why they came together, saying the black community has had enough.

The West Hartford rally came just one day after hundreds of protesters shut down I-84 in Hartford.

Now, protesters say it’s time to have a conversation.

“I want people to know people that it’s okay to be uncomfortable because Black people and people of color live a very uncomfortable life so if you have to deal with temporary discomfort do it,” Mimi Gonzalez said.

And that’s exactly what West Hartford’s Chief of Police Vernon Riddick Jr. did, but first he apologized.

Watch live: Hundreds of protesters rally in West Hartford. Note: This is a live stream. Be advised profanity could be seen or heard.

“I stand here before you, I apologize on behalf of all law enforcement on what happened to George Floyd,” said Chief Riddick.

Chief Riddick says without the uniform he still is a black man whose had “the talk”.

A talk that he too, has had like many others of color who have their own hesitations with police which is why he is calling on people to make a change and join the police force to continue the conversation.

Protesters say this wave of Black Lives Matter movement needs more allies in other communities and calls on everyone to speak up.

According to those marching down the streets of West Hartford and Blue Back Square shouting and chanting, this is only the beginning.

“It feels good that this is a start but I know this is not the end game, but it feels good to know that people are here doing something about it,” Jheanelle Chambers said.

As time continues, Connecticut continues to show that the aggression we are seeing across the country have not been applied here and that there can be change if we as a people work together.