Lawmakers are calling for a bipartisan hearing but say they will be waiting for PURA to finish their re-evaluation of the hike. 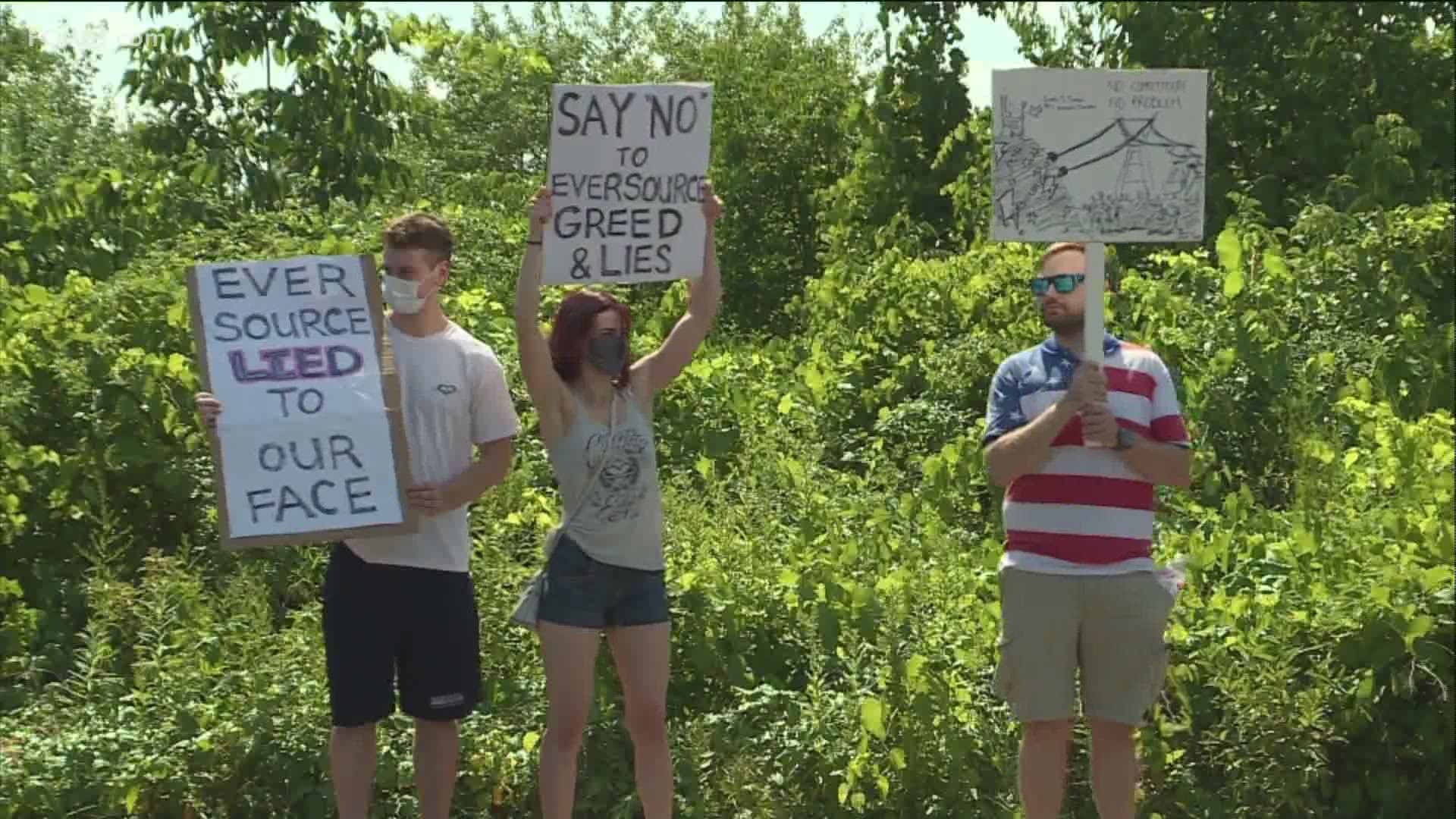 BERLIN, Connecticut — The state utility regulator has demanded Eversource return to lower rates after many in the state saw alarming bills.

This incident has caused people to gather outside Eversource’s Connecticut headquarters in Berlin but Eversource says the problem may be simpler to fix than people think.

“Right now is just too crazy,” said Noreen Lotko who was outside amongst protestors. “It’s too hot, nobody is working there is no money, there is so much going on this is really not the right time for any of this,” said Lotko.

This reaction comes after many say they saw an increase in their utility bill, but after pressure from lawmakers and complaints PURA sent out a statement Friday saying they previously approved a rate hike of nearly 4-percent at the beginning of July but says now it's suspended.

In the statement, PURA says the intent of the suspension is so the utility regulator can re-examine the hike to ensure Eversource is not over-collecting revenues in the short term at the expense of ratepayers.

Penni Conner who is the Senior VP and Chief Customer Officer at Eversource said, “It is a very challenging time for our customers but indeed are seeing higher bills.”

Conner says this billing misunderstanding has been the result of a perfect storm.

RELATED: The reason for your high Eversource bill has to do with COVID-19

Conner says with COVID-19, many people have been left indoors increasing energy usage from air conditioning to increase tv and computer usage but more importantly Conner says, “The weather so, June bills as supposed to May and that’s the bills people are seeing there was a 36-percent increase from May and that was largely pulled by the 12 degrees higher in June as supposed to last year,” said Conner.

Lawmakers say they won’t take a simple explanation for the increased prices calling for a bipartisan hearing but say they will be waiting for PURA to finish their re-examination.

Len Fasano who is the State Senate Republican Leader said, “To turn to the public and say that we can spend as much as we want and do whatever we want and you have to pay the rates and if you’re nervous about it sweat in your house that’s not an answer.”

People say even with the rates back down the energy company needs to remember it serves the people and not its pockets.

” Just have a heart, a little bit of compassion goes a very long way,” said Lotko.

Eversource does have a program called “New Start” where if you qualify the company can help someone pay off their past due balances.