CSP say I-84 between exits 4 and 5 in Danbury is now open. Expect heavy delays in the area. 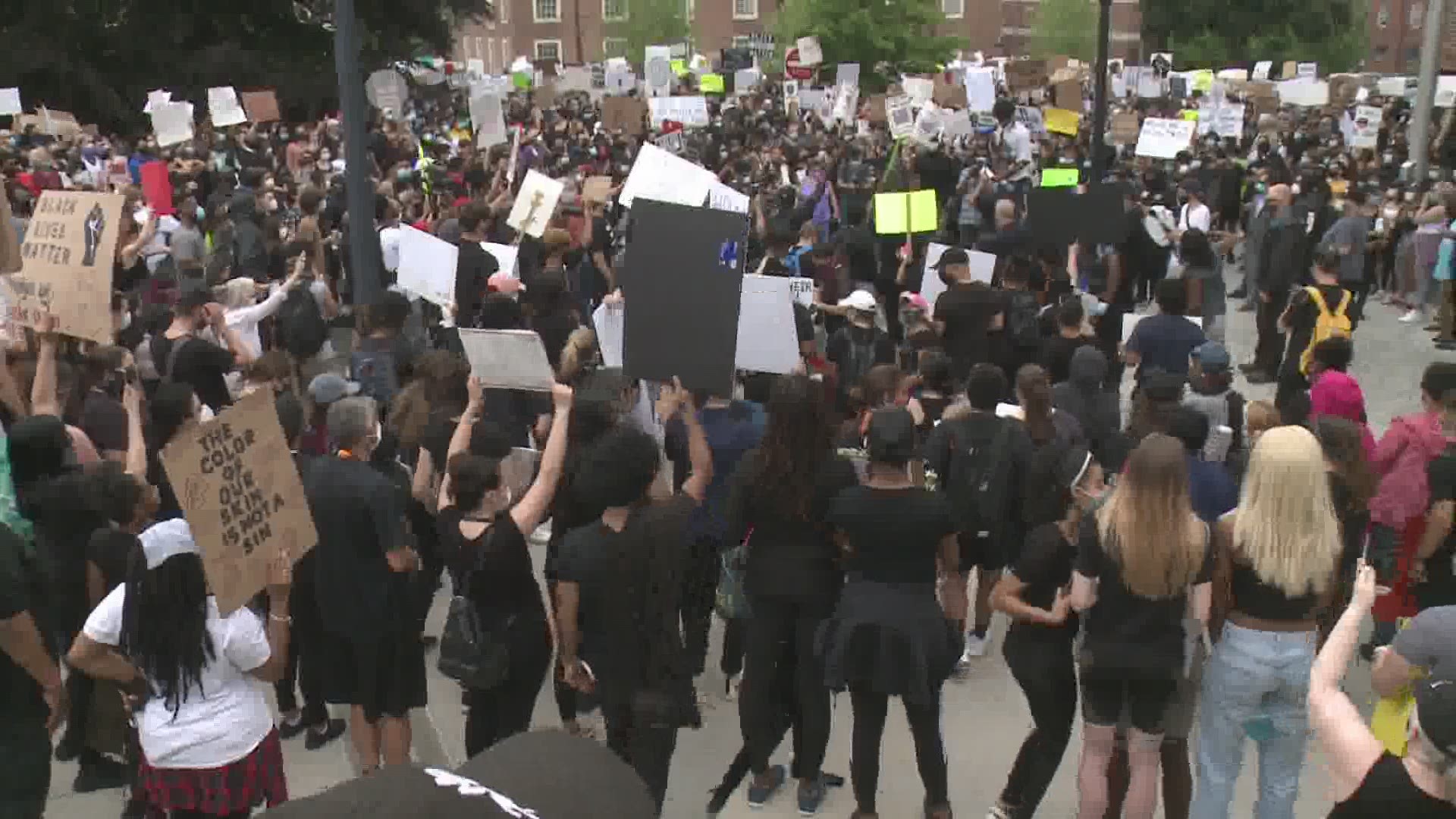 DANBURY, Conn. — One of the numerous protests in Danbury Wednesday afternoon nearly devolved into a serious situation, according to a source.

Just after 1:30 pm, protesters blocked off both eastbound and westbound traffic on I-84 in Danbury, between exits 4 and 5. And, a police source tells FOV61 it nearly got ugly. The source, who was on scene, said protesters were taunting people in their cars and, at one point, one of the drivers got out with a tire iron, but the dilation was diffused. There were no injuries or arrests.

During a noon rally, at Danbury City Hall, there were plenty of very upset folks in attendance.

“This killing of our black men and our black people has turned me inside out, said lifelong Danbury resident Michelle Ross. “I am an angry black woman today.”

And she posed a question, using a megaphone, for those gathered.

And her pointed words continued.

“When I see police precincts and police cars and multi million dollar corporations go up in flames, that looks like love to me,” she said, as the crowd cheered.

Among those who disagreed, with part of her message, but still seemed to please the crowd, Danbury’s long time mayor, Mark Boughton, who told the crowd that when there’s a fire in our house on your street you put the fire out.

“Some people use that saying that all lives matter,” Boughton said. “That is wrong. Today, it is black lives matter!”

But, another woman, who took the megaphone after the mayor, scolding the crowd, asking if will black lives will matter after today.

“You are out here because it is trending and you just want to act like you care about black lives matter, but you don’t,” she said.

She continued by asserting that there must be solutions other than correcting policing, That, she said, includes jobs and other economic stimulus to transform these communities.

Currently in park on the highway in Danbury, CT. pic.twitter.com/IZEGhmlBOU