Some protestors are calling to get rid of the department and start all over. Others are asking to reallocate funding from the department to other social services. 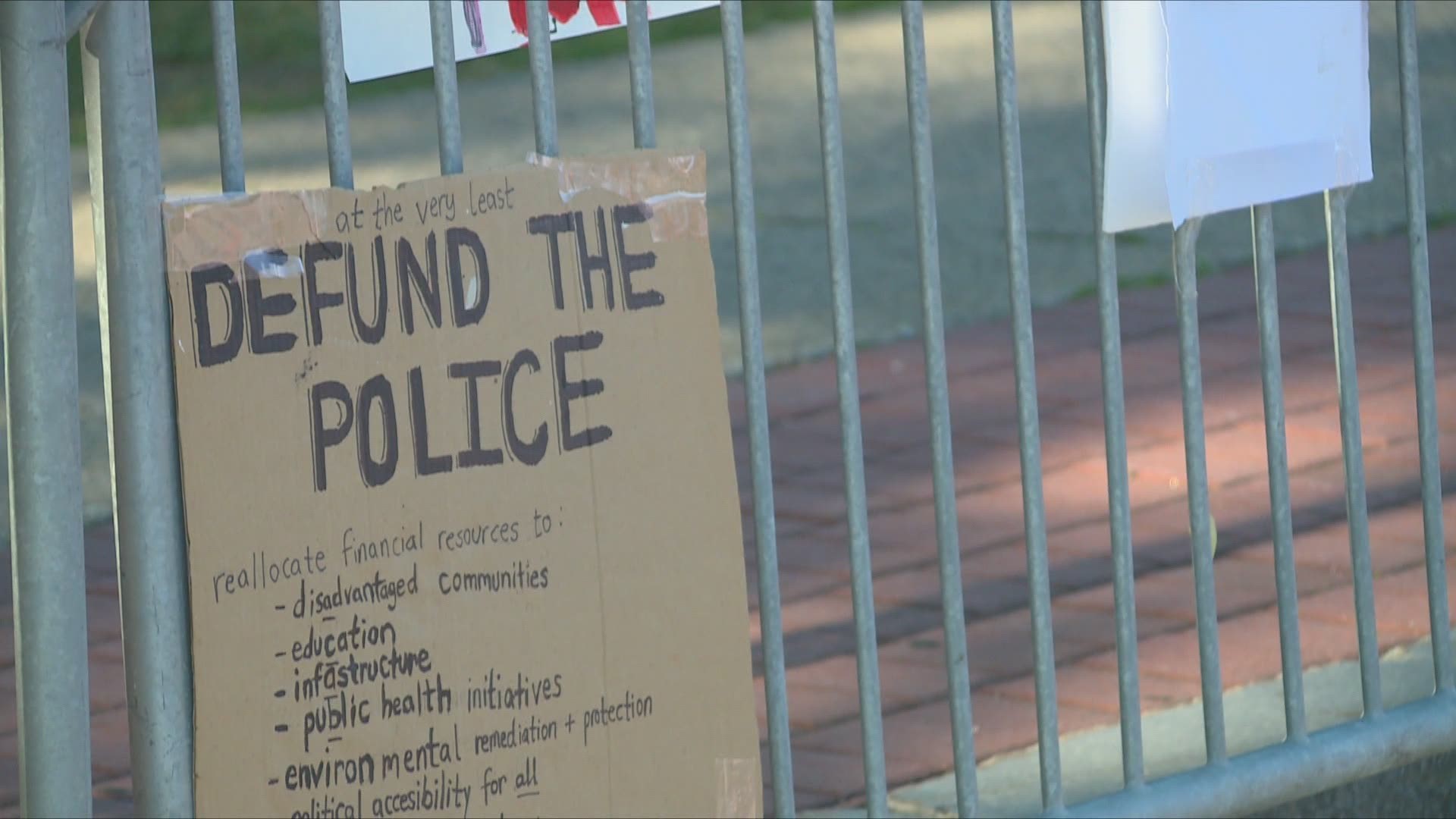 BRIDGEPORT, Conn. — Protests continue in Connecticut following the death of George Floyd at the hands of Minneapolis police officer.

Protestors in Bridgeport had spent the weekend camping outside the police department as they demand change. They said they plan on being there as long as they needed to in order to ensure their voices are being heard.

Over the weekend, they had spent some time discussing police reform. Some protestors are calling to get rid of the department and start all over. Others are asking to reallocate funding from the department to other social services in the city.

FOX61 spoke with protesters Saturday who said they will be out until Monday for the city’s council meeting.

Sitting around speakers, community organizers said Sunday that they will wait to make sure their voices will be heard, but not before educating and uplifting each other.

Protestors say it is the language that comes in many forms, whether it be about community policing, racial profiling, or defunding the police, a term widely used in protests across the nation.

Thalia Perez said, “You got to put yourself in their shoes like how they are hurting.”

Thalia Perez says she is supporting the Black Lives Matter movement in Bridgeport because she knows how it feels to lose a loved one to the police.

Perez said, “Jason was a close friend of mine, so that really brought attention to my eyes also because I have friends and family that are in the black community, and honestly, I’ve been angry for the past two weeks because everything going on. It hits me hard I was going to come out show my support show my face. “

Organizers say as they continue to camp out, everyone supporting the movement has their own role to play.

“You don’t have to come to the police department and camp out, that’s not what we’re saying for the community to do that we have people that maybe not working at the moment and they’re going to do that, but we also need black male teachers, we need you to know things of that nature to fill up every single roll and in the systematic oppression,” said Grits.

Going forward protestors say that anyone who has questions about the Black Lives Matter movement in Bridgeport to just simply listen with an open heart and an open mind.