'Do what is necessary to restore order' | DC Police Union makes statement on protests, 'autonomous zone'

The DC Police Union released a statement on Twitter Tuesday evening expressing their dissatisfaction with the "violent civil disturbances." 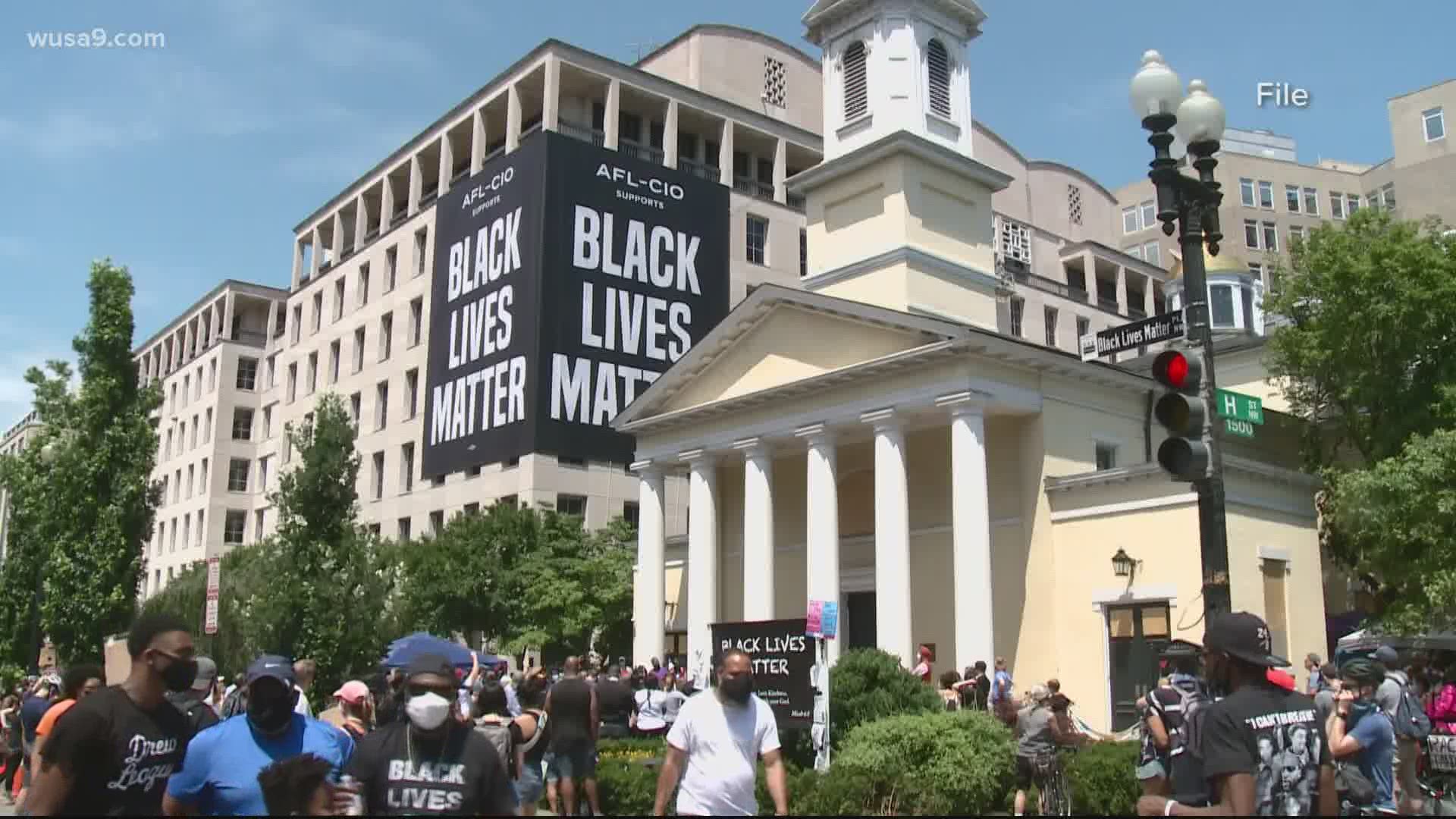 WASHINGTON — Tensions have been heightened between police and protesters over the last 24 hours, after incidents in Lafayette Square Monday evening and Black Lives Matter Plaza Tuesday morning, where police used force to clear protesters from the areas.

The DC Police Union released a statement on Twitter Tuesday evening expressing their dissatisfaction with the "violent civil disturbances."

"Over the past month, we have heard the loud cries of malcontents who state that 'there are too many police in DC' or that 'DC has more cops per capita than any other city,'" the statement said. "Currently, every single one of our police officers is working in response to these disturbances and it is still not enough to keep agitators from destroying property and injuring people."

The Union went on to claim that the protests were taking police resources away from the "the neighborhoods that need us most" and said many of the crowds downtown weren't from D.C.

RELATED: Nearly 90% of people arrested for riot crimes and vandalism are from DMV, police say

Previous reporting by WUSA9 reviewing MPD's daily arrest blogs found that nearly 90% of people arrested for riot crimes and vandalism during the protests were from the DMV.

"The irony must be lost on people who seek to overtake the city and create lawlessness in a misguided effort to claim the police are not necessary," the statement continued. "Our members are positioned to keep the city safe and are prepared to do what is necessary to restore order. We hope that our elected officials don't allow rogue groups to take over sections of the city while our members are forced to stand by and watch."

The statement ended by thanking all officers for their "tireless and thankless work."

"We know that now is a difficult time and there is intense hatred of policing fueled by a corrupt media. It is astonishing that it has become socially appropriate to harass, attack, spit on, demean, belittle, and demoralize law enforcement officers."

See the full statement below.