Police took James Boyd, the president of the NAACP Portsmouth branch, into custody during a protest around the Confederate monument on Court Street. 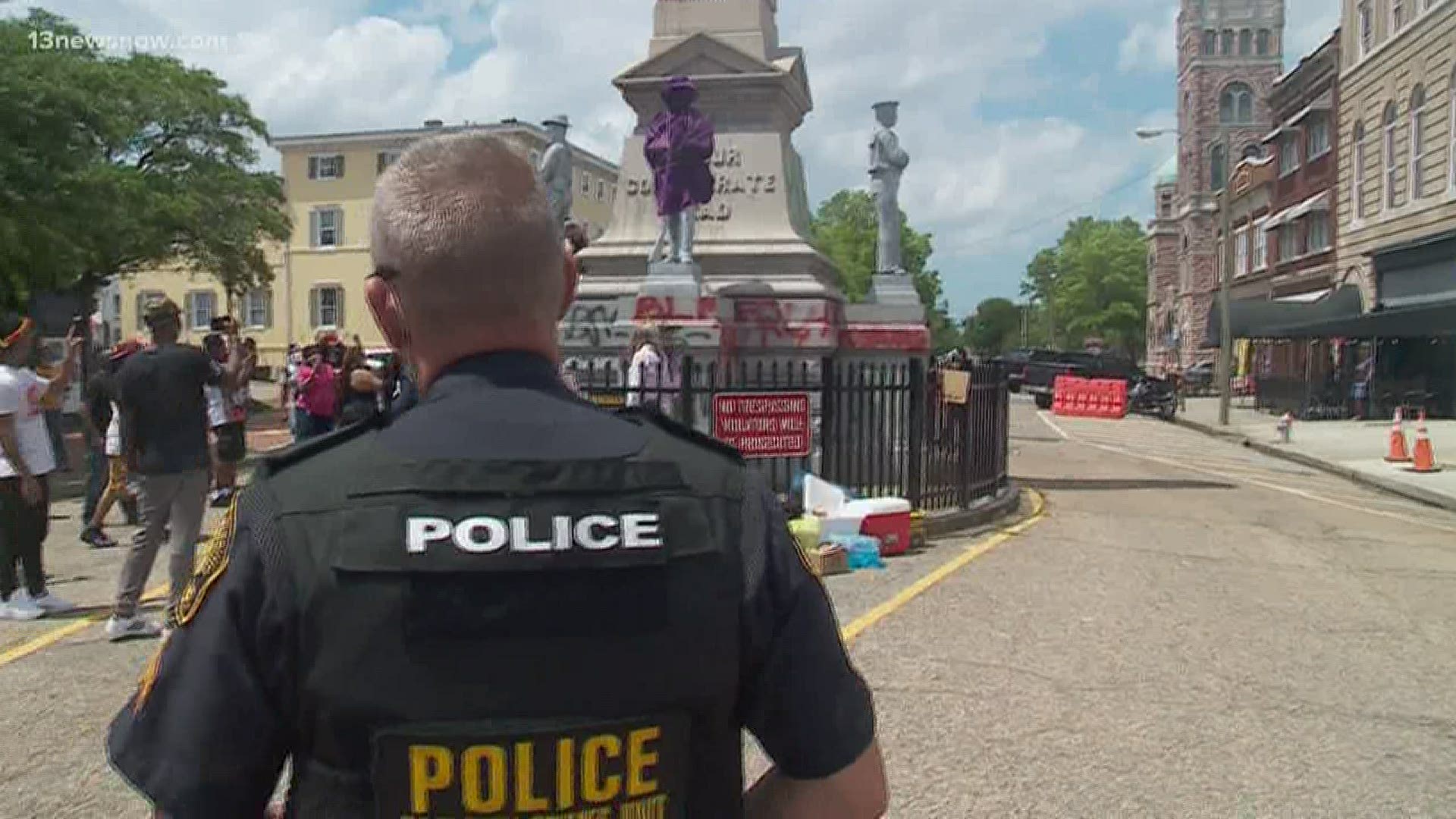 PORTSMOUTH, Va. — The president of the Portsmouth branch of the NAACP and another chapter member were released from police custody a short time officers handcuffed them and led them away from the Confederate monument in Olde Towne.

Boyd and the other man were part of a protest that joins a series of demonstrations in Hampton Roads denouncing police brutality and systemic racism.

These demonstrations have also revived calls to remove Confederate monuments.

Last week, Governor Northam ordered that the General Robert E. Lee statue in Richmond be removed. During two rallies this week, protesters tore down two other monuments in Richmond -- one of which was a statue of Christopher Columbus that was torn down, set on fire, then thrown into a lake.

Portsmouth City Council put forth a plan on Tuesday to remove the monument on Court Street.

The proposed plan would allocate $100,000 to remove and relocate the statue to another site. Those alternative sites include Cedar Grove or Oak Grove cemeteries.

Some people decided to cover parts of the monument in sheets before protesting around the statue on Wednesday.

Boyd spoke out about the protests over the weekend, saying that he hopes the public outcry will spur policy changes within police departments in Hampton Roads and across the country.

RELATED: Protesters tear down Christopher Columbus statue in Richmond, throw it in lake