Proud to Serve: Ed Skehan, a lifetime of service

Most veterans and first responders have seen a lot in their lives. But 101-year-old Ed Skehan’s eyes have seen more than most humans. Ed married his bride... 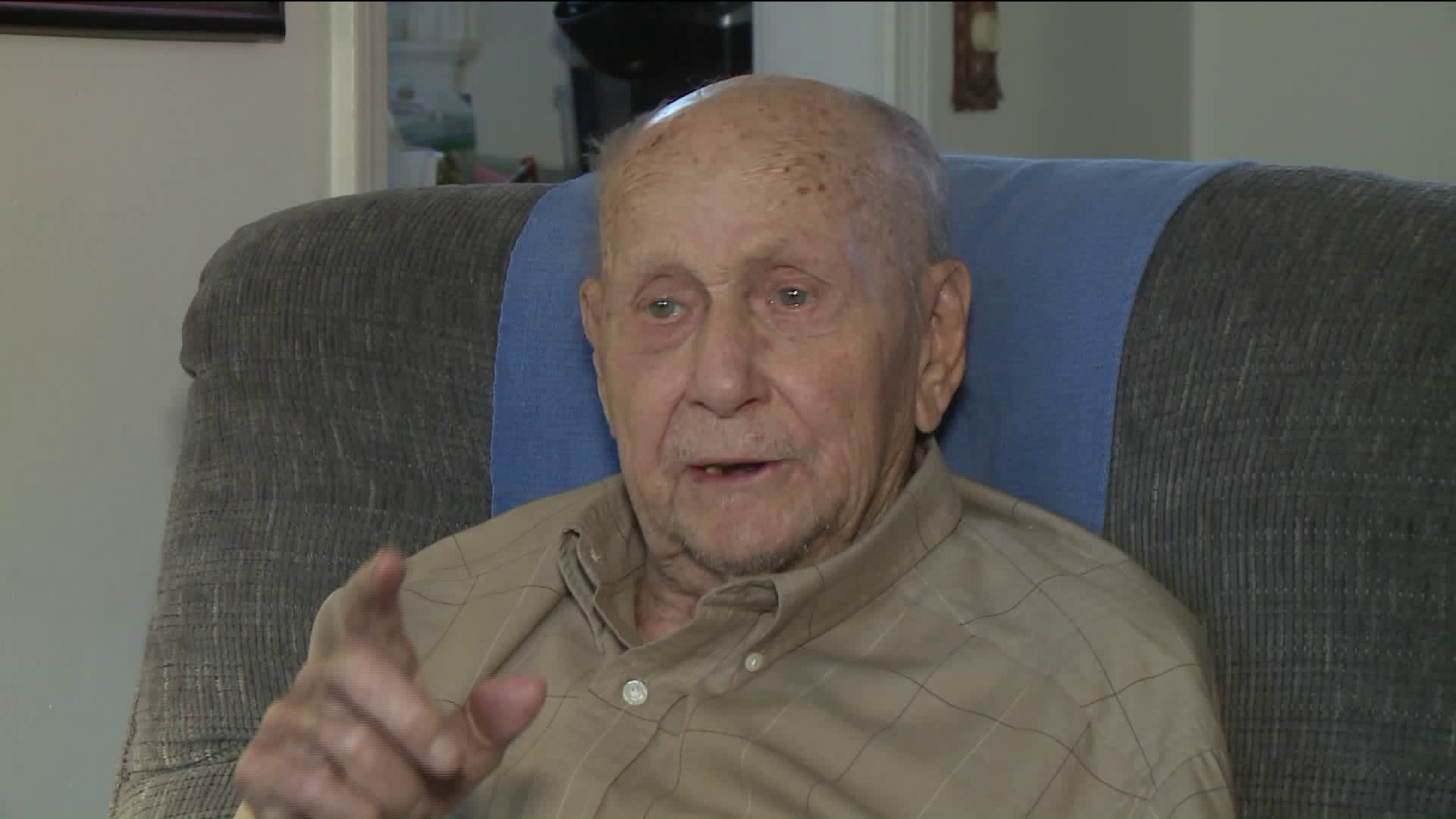 Most veterans and first responders have seen a lot in their lives.

But 101-year-old Ed Skehan's eyes have seen more than most humans.

Ed married his bride Margret after meeting her in a very classic Hartford way, they both worked a G. Fox & Co. Ed would soon be drafted and deployed to France to fight in the Battle of the Bulge.

But before he left, while stationed in New Jersey, Margret met Ed in New York to show him his 4-month-old daughter one last before he was deployed overseas.

Ed was a combat engineer through the Battle of the Bulge until the end of the war. When he arrived back on US soil the Hartford resident needed a job. He studied both police work and firefighting.

A graduate of both the Hartford Police Academy and the Hartford Fire Academy, Ed Ultimately chose to become a firefighter and he had a pretty reason why.

“I didn’t want that midnights, they told me I was going to be on for six years, I midnights. And you would have to walk, and you had to pull the box every hour. And those were the different things in those days, there weren’t no cruisers or anything.”

Ed would go on to have a long career as a Hartford Firefighter. Spending the vast majority of his career at the firehouse at Main and Belden. Ed was a driver. Ed fought some significant fires in his career, including the infamous Hartford Hospital fire in 1960.

Coming from a generation known for their hard work, he was proud of his record.

“I want to tell you at the fire I was never late a day in my life, and that’s something.” Ed said.

Today, Ed is still active, he’s still a member of the Policeman’s & Fireman’s Association. Last month, they threw a birthday party to honor the Hartford hero.