U.S. Marshals had secured an international arrest warrant for the man wanted in the murder of a Yale graduate student back in February. 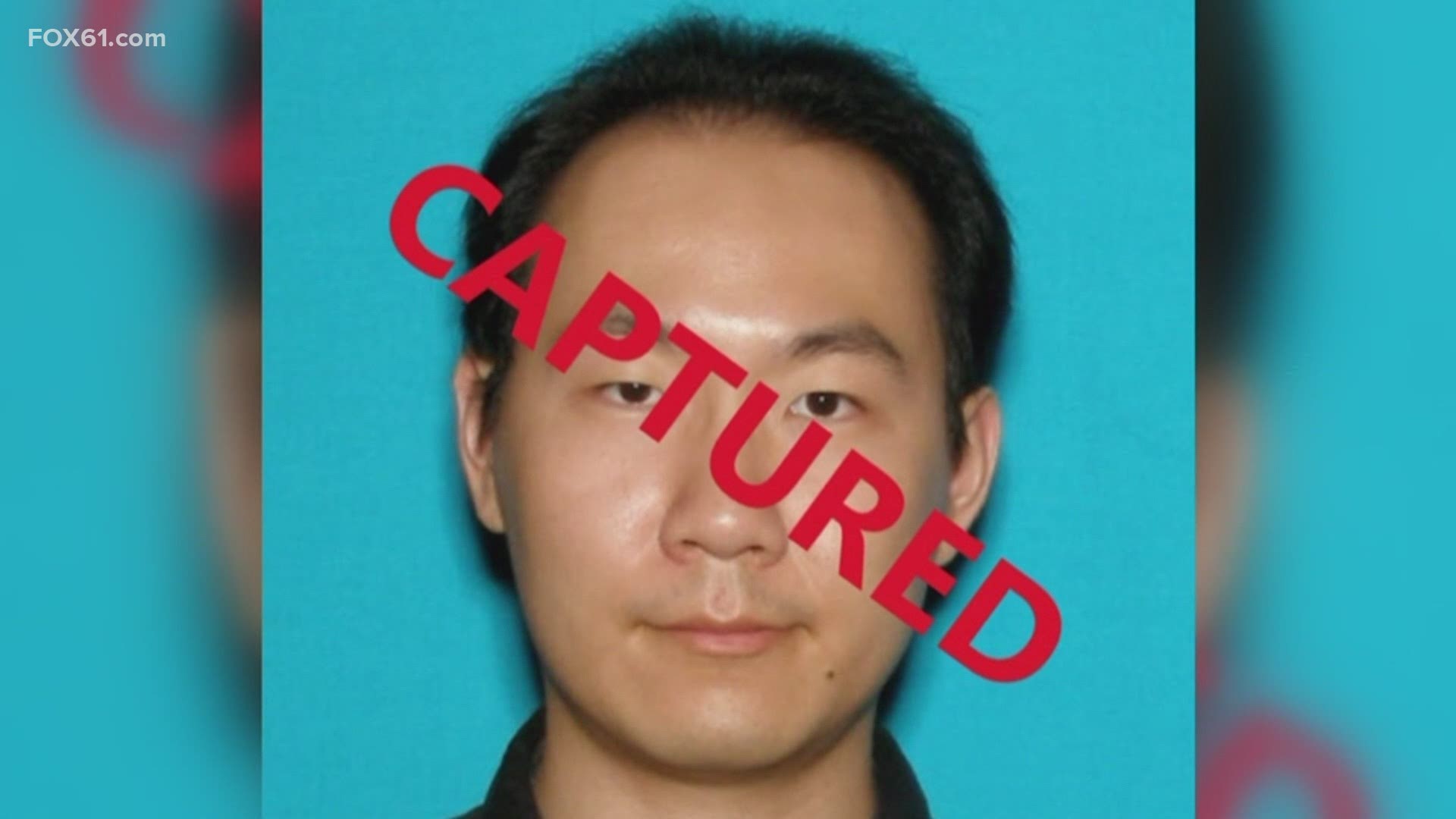 NEW HAVEN, Conn. — The months-long manhunt for Qinxuan Pan, the suspect wanted in connection to the murder of a Yale grad student, is over.

U.S. Marshals confirmed that Pan was found and arrested in Alabama Friday morning.

"We are pleased to announce this morning, the U.S. Marshals Gulf Coast Regional Fugitive Task Force, in conjunction with the U.S. Marshals Middle District of Alabama and the Montgomery Police Department, arrested Fugitive Qinxuan Pan," they said in the statement.

Pan is accused of killing 26-year-old Yale graduate student Kevin Jiang, who was shot in the East Rock neighborhood, in the area of Lawrence and Nicoll Streets on February 6.

He was taken into custody without incident and transported to the Montgomery County Detention Center, officials said.

U.S. Marshal for the Middle District of Alabama Jesse Seroyer Jr. said they developed and executed a plan as soon as they received information that Pan was in Montgomery.

"This is another example of hard work by federal and state partners to arrest violent fugitives," Seroyer added.

Pan had last been seen in Georgia during the early morning hours on February 11.

The Pastors of Trinity Baptist Church in New Haven released a statement expressing they are grateful for the diligent efforts of law enforcement in Pan's arrest.

"We continue to pray that the truth would be revealed, that justice would be done, and that God would bring healing and comfort to Kevin's family and loved ones," they continued.

“The unwavering commitment of the men and women supporting this operation was truly remarkable," Lawrence Bobnick, acting U.S. Marshal for the District of Connecticut said. "Further, this arrest exemplifies the routine selfless cooperation between the U.S. Marshals Service, with its network of nationwide fugitive task forces, and state, local, and federal law enforcement entities across multiple jurisdictions and states.”

Investigators first named 29-year-old Pan a person of interest in Jiang's death before the investigation showed he was a suspect in the death. Officials said Pan would be charged with murder and 2nd-degree larceny when tracked down.

Pan had last been seen in Georgia less than a week after Jiang's death.

U.S. Marshals had secured an international arrest warrant for the man wanted in the murder of a Yale graduate student back in February.

Jiang studied in Yale's School of Environment, was a U.S. Army veteran and a National Guard reservist. He was laid to rest in February at the State Veterans Cemetery in Middletown.

A week before his death, Jiang proposed to his girlfriend.