It’s a record-breaking weekend! Bradley Airport hit 68 degrees yesterday, smashing the original record back in 1983 of 60 degrees. It was our third warmes... 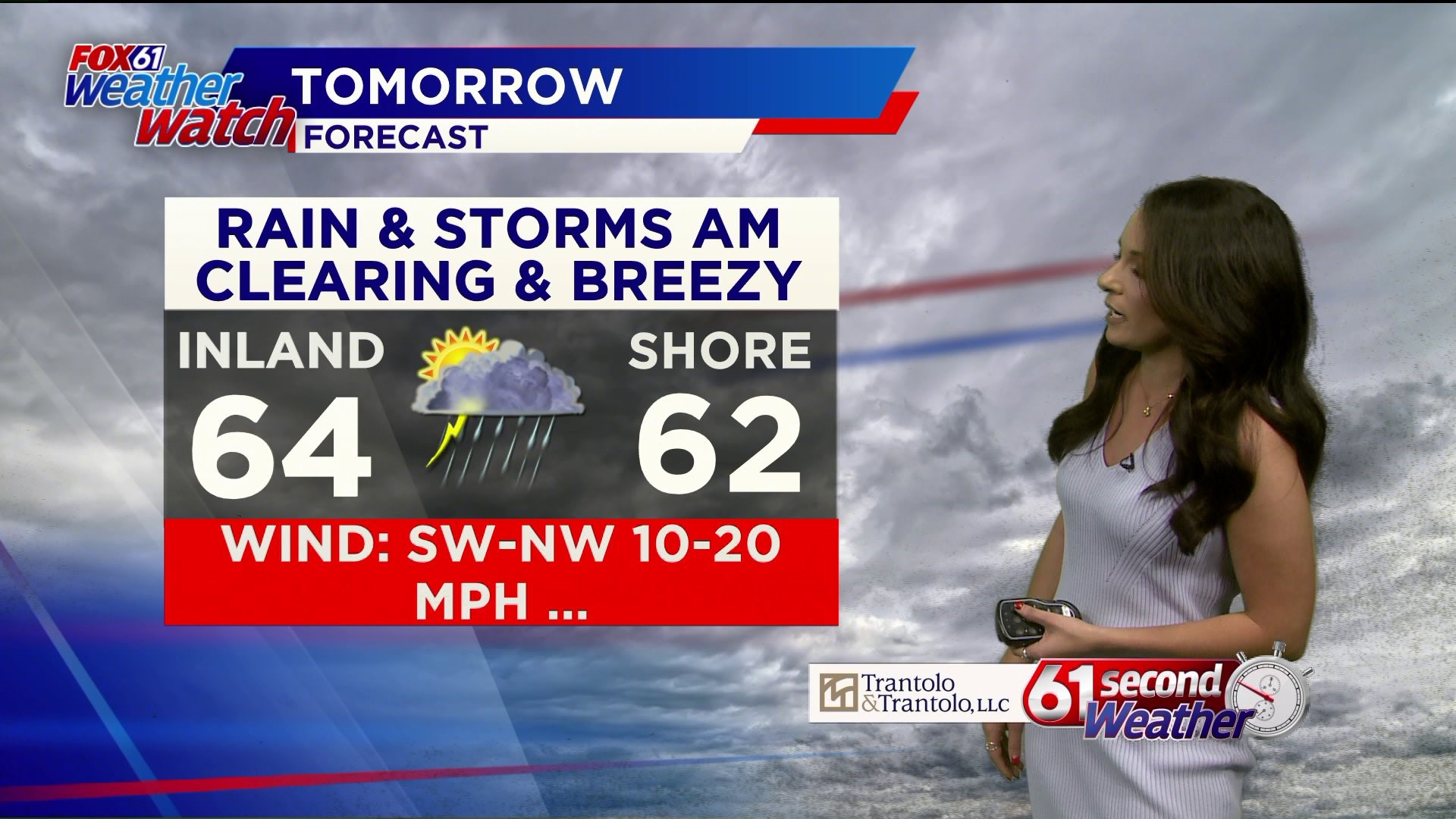 It's a record-breaking weekend! Bradley Airport hit 68 degrees yesterday, smashing the original record back in 1983 of 60 degrees. It was our third warmest January day in the Hartford area's 115-year period of records. Impressive, to say the least.

It felt like spring Saturday, and it still does today! Temperatures are starting off the day at record levels, with Bradley breaking the record high of 60 for the 2nd straight day.

Meanwhile, it was a windy night and it's staying blustery today. Some of you may have had a tough time sleeping last night because of the howling wind! A wind advisory remains in effect through this afternoon for wind gusts 40+ MPH. The wind will gradually subside this evening and into tonight.

Temperatures will slowly drop this afternoon, but they have a long way to go to return to "normal". Tonight we'll have some upper 20s and lower 30s with mainly clear skies. To start the work week, we're "back to reality," even though temperatures remain above average with highs in the 40s to near 50 degrees through Thursday.

Winter lovers, don't dismay. A big pattern change is on the way by the upcoming weekend which is looking colder and potentially stormy. Wintry mix and snow may be nearby... We'll watch it closely!