Reforming New Orleans' DAs Office: Who's the candidate for the job? 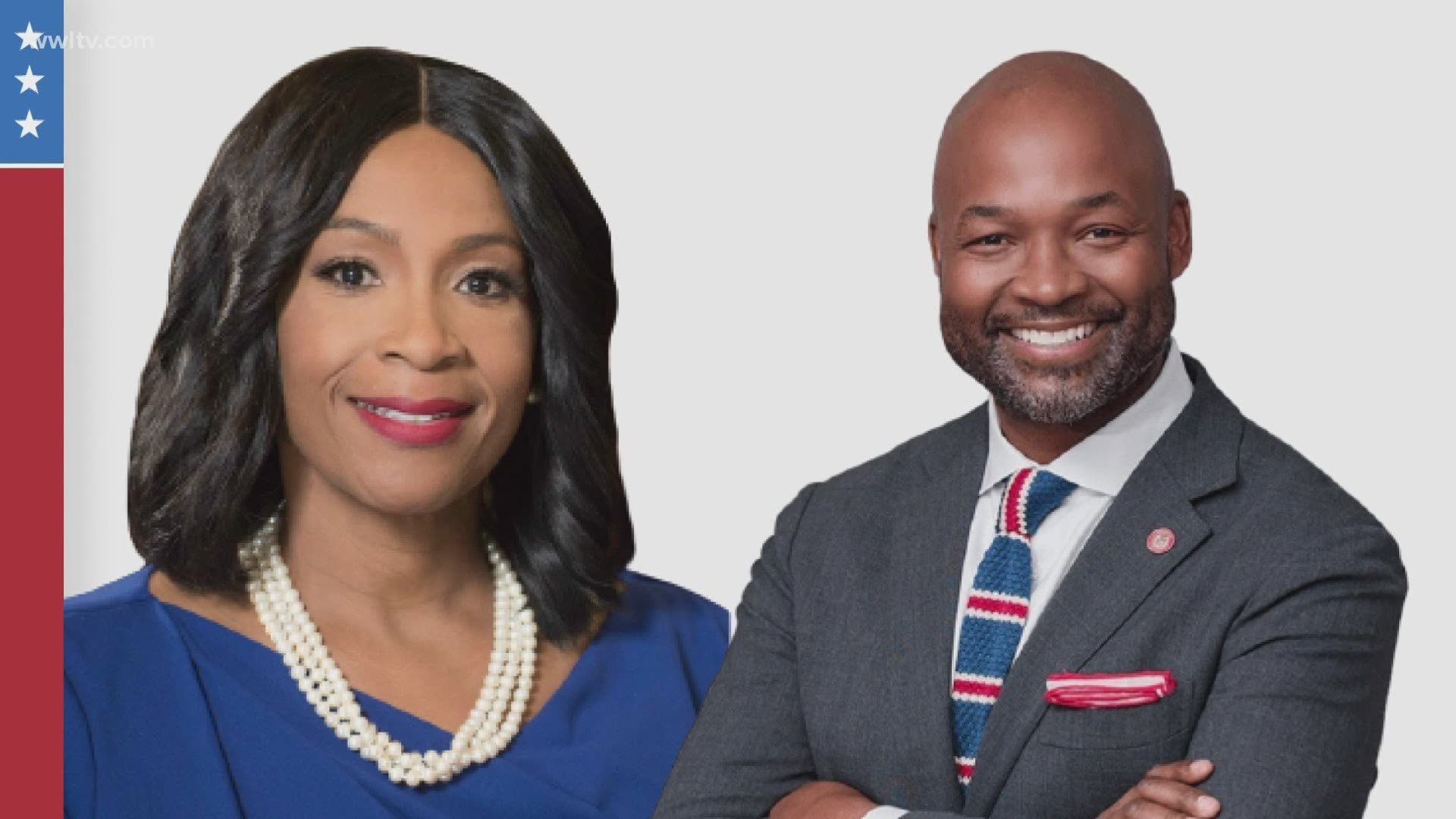 NEW ORLEANS — Keva Landrum and Jason Williams are headed to a runoff for Orleans Parish District Attorney. Former criminal court judge Keva Landrum finished first in the primary with 35% of the vote. She feels she has the experience needed for the position.

"In July, when I looked at this race, and I knew how important it was for us to have someone with experience to bring reform to that district attorney's office. I decided to step away from my job as the judge in criminal court section E and run for D.A," Landrum said.

City Council president and defense attorney Jason Williams got 29% of the vote in the primary. He also said that his experience in the criminal justice system compelled him to run.

'What I have seen....there are not just a couple of instances of injustice...there's not just one or two things that need to be fixed...literally funneling people into a system without ever trying to intervene in their lives once to help them make better choices," explains Williams.

Early voting is underway for the Dec. 5th runoff elections.

Both candidates are from New Orleans. Williams grew up between Uptown and Pontchartrain Park. When his parents got divorced, he moved with his mother to Atlanta and went to high school there, but he spent his summers in New Orleans.

"When I was in high school, my mom tells a story about any time a friend of mine or a classmate of mine found themselves with an issue, somehow I always became the surrogate for the person in my class to go talk to the administration...representing people wasn't a choice. It chose me," Williams said.

Landrum is from New Orleans East and went to Ursuline Academy. It was her grandmother who planted the seed in her head for a career in law.

"I can remember as young as second grade those rides to school. My grandmother would say to me that she wanted me to be a judge," Landrum said.

Landrum said she didn't even know what a judge was back then, but she took her grandmother's wishes to heart. But it was in grade school, when Landrum's great uncle was killed, that she knew for certain that she wanted to fight for victims' families.

"I know that shaped my life because I saw the impact it had on my grandmother," Landrum said.

Williams' family also inspired him to get into the field of criminal justice.

"Two of my great uncles were members of the Deacons of Defense in Bogalusa, which were fighting against really abusive racist activities of the klan in Washington Parish, which was one of the last hotbeds of klan activity,"  Williams said.

D.A. candidate Keva Landrum:
In July, when I looked at this race, I knew how important it was for us to have someone with experience to bring reform to that district attorney's office. I decided to step away from my job as the judge in criminal court section E and run for D.A.

With their minds set on legal careers, both candidates went to Tulane Law School. In fact, they were there at the same time.

Speaking about her relationship with Williams, Landrum said, "We share friends. We were in the same class. We did mute court competitions together. We both had aspirations to be very fine attorneys in the city of New Orleans."

Landrum didn't say much else about their personal relationship, but Williams said they went from classmates to close friends.

"Keva and I have been friends for a very long time... since we were 1Ls in law school. We worked together on the court...studied together. She was one of the first people to hold my youngest child. She was working with us on this campaign, and at some point, she decided to run for the seat. It's tough but it happens," Williams said.

D.A. candidate Jason Williams:
'There are not just a couple of instances of injustices...there's not just one or two things that need to be fixed...literally funneling people into a system without ever trying to intervene in their lives once to help them make better choices"

While the status of their personal relationship is unclear, in this race — they are opponents.

Each said their experience makes them the right candidate for DA, but those experiences are very different.

Landrum has experience as a prosecutor, trying cases against those accused of crimes.

On the other hand, Williams is a defense attorney, advocating for those accused of crimes.

Some have pointed out that he's never prosecuted a case.

"They are absolutely right," Williams said. "I am not trained by the prosecutor that made New Orleans the incarceration capital of this country. I see that as a reason to vote for me."

Connick was known for his aggressive prosecution tactics, leaving behind a controversial legacy of wrongful convictions and misconduct such as withholding evidence that would have proven that defendants were not guilty.

"As a young lawyer, I didn't have a relationship with Harry Connick as my boss," Landrum said. "There were many of us in the office trying cases. My integrity has never been questioned under the work I have done with that office,"

Both candidates are vowing to reform the District Attorney's office.

The previous DAs in recent history have taken a tough on crime approach.

While Landrum and Williams both spoke about cracking down on violent crime, they also spoke of bringing transparency, integrity, and accountability to the office.

The question is which candidate can deliver?

► Get breaking news from your neighborhood delivered directly to you by downloading the FREE WWL-TV News app now in the IOS App Store or Google Play.