The project came together in just a few days. 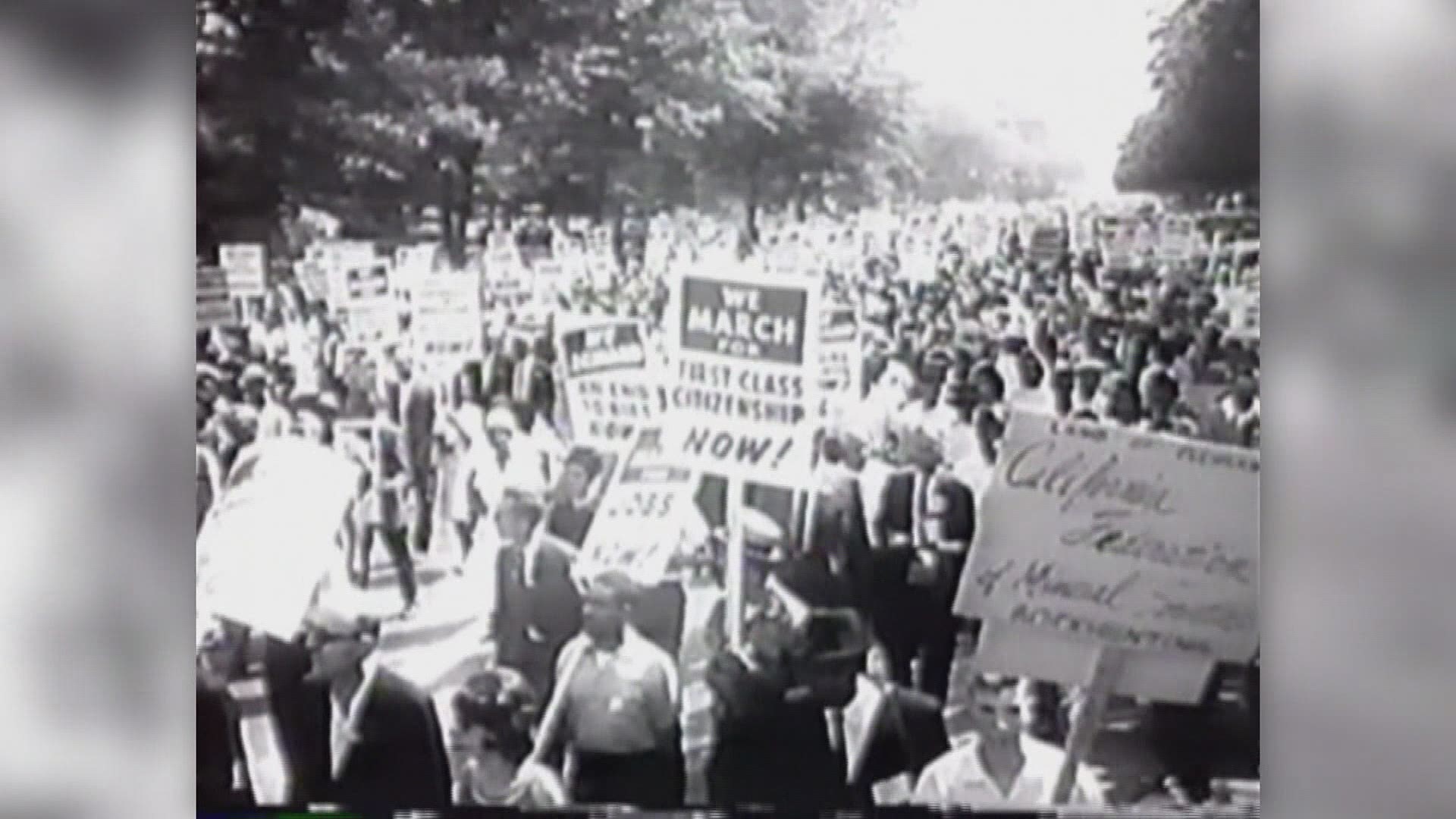 "The portrait was actually a piece that I did in my studio and just recently finished up so I had that already designed not intending to ever paint it larger," said Keller.

The project came together in just a few days. It's led by CT Murals, a project of the non-profit "The Rise Up Group," which creates public art.

"Art has deep culture and history and something as powerful as Martin Luther King Jr. being painted on a side of a building, there's so many messages that one can get when looking at it," said Gerina Fullwood, communications director for CT Murals.

For the town of Manchester, it is a representation of the work being done to make the community an even better one.

"We are a community that is working to include everyone. And it has its challenges, and we sometimes have to have the courage to step up and face those challenges," said Mayor Jay Moran.

Following a year full of darkness, the mural will be a reminder of Martin Luther King Jr.'s words, that only light can drive out darkness.

"That love will beat hate, that that we will come together. That this country that's divided right now needs Dr. King's message more than ever," said Moran.

Located next to an elementary school, the hope is also that young children will be inspired by the mural, and anyone else who stops by to see it.

"Love, compassion, togetherness. All these things so it makes you want to examine thyself and say what can I do better so that I can ensure that the world isn't divided," said Fullwood.

The mural is set to be officially unveiled during the town's Juneteenth celebrations in June. Juneteenth was named an official town holiday in Manchester.