Officials confirmed a Rhode Island man was killed following a head-on collision with another vehicle on Daleville Road. The second driver was a Connecticut woman. 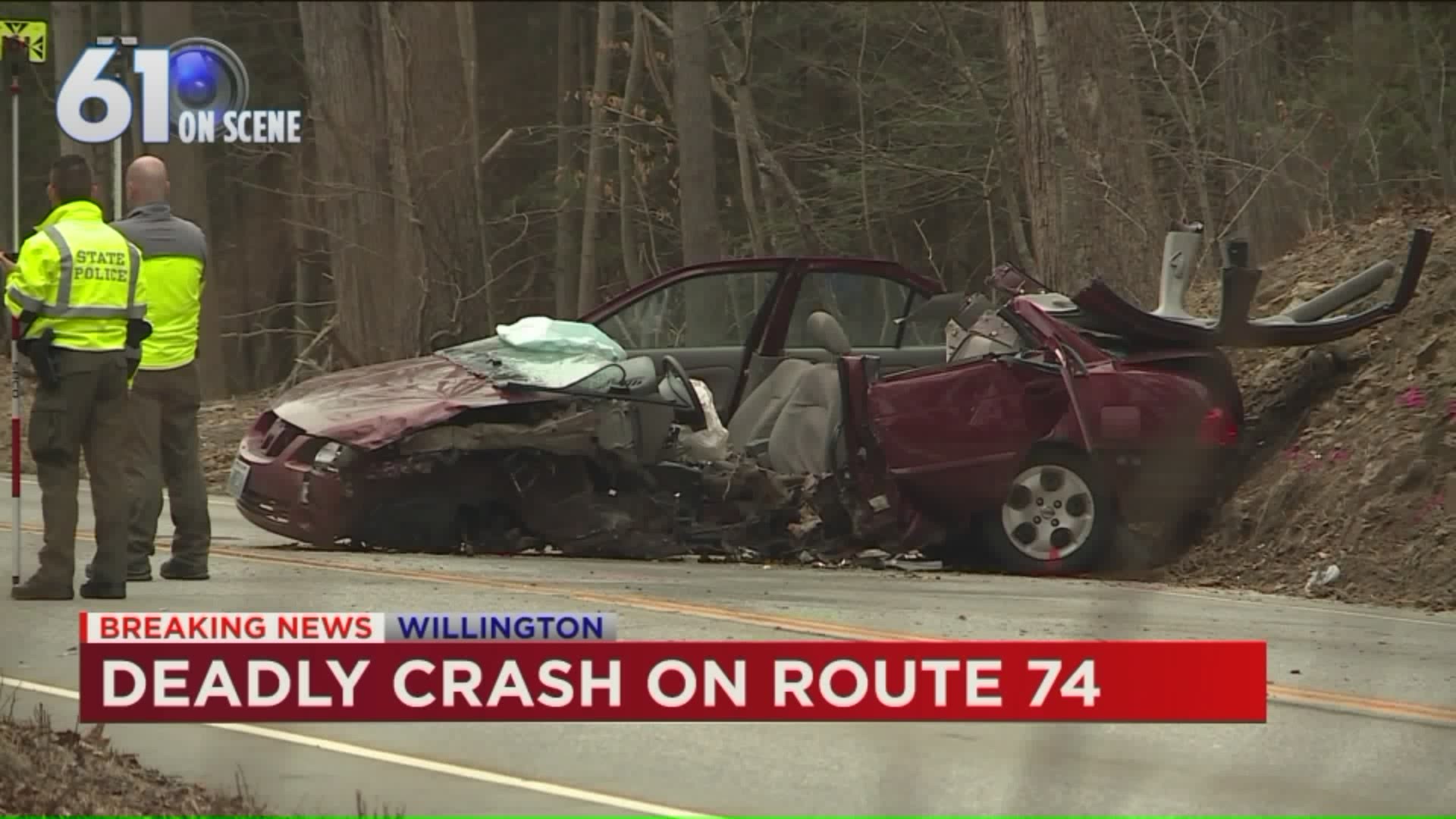 MANSFIELD, Conn. — Authorities say a Rhode Island man was killed in a fatal crash Tuesday afternoon that closed Route 74 in Willington for a time.

Officials identified the the driver killed as 57-year-old Amadou Kaba.

The driver of the second vehicle was identified as 80-year-old Jean Thibodeau Lagasse, of Willington.

State Police say Kaba and Lagasse were traveling in the direction of each other on Route 74, when Lagasse drifted towards the double yellow center line and crashed into Kaba.

According to State Police, Kaba was transported by LifeStar to Rockville Hospital, where he was pronounced dead.

Lagasse is being treated for minor injuries at a Manchester hospital.

Route 74 was closed for a time but has since reopened.