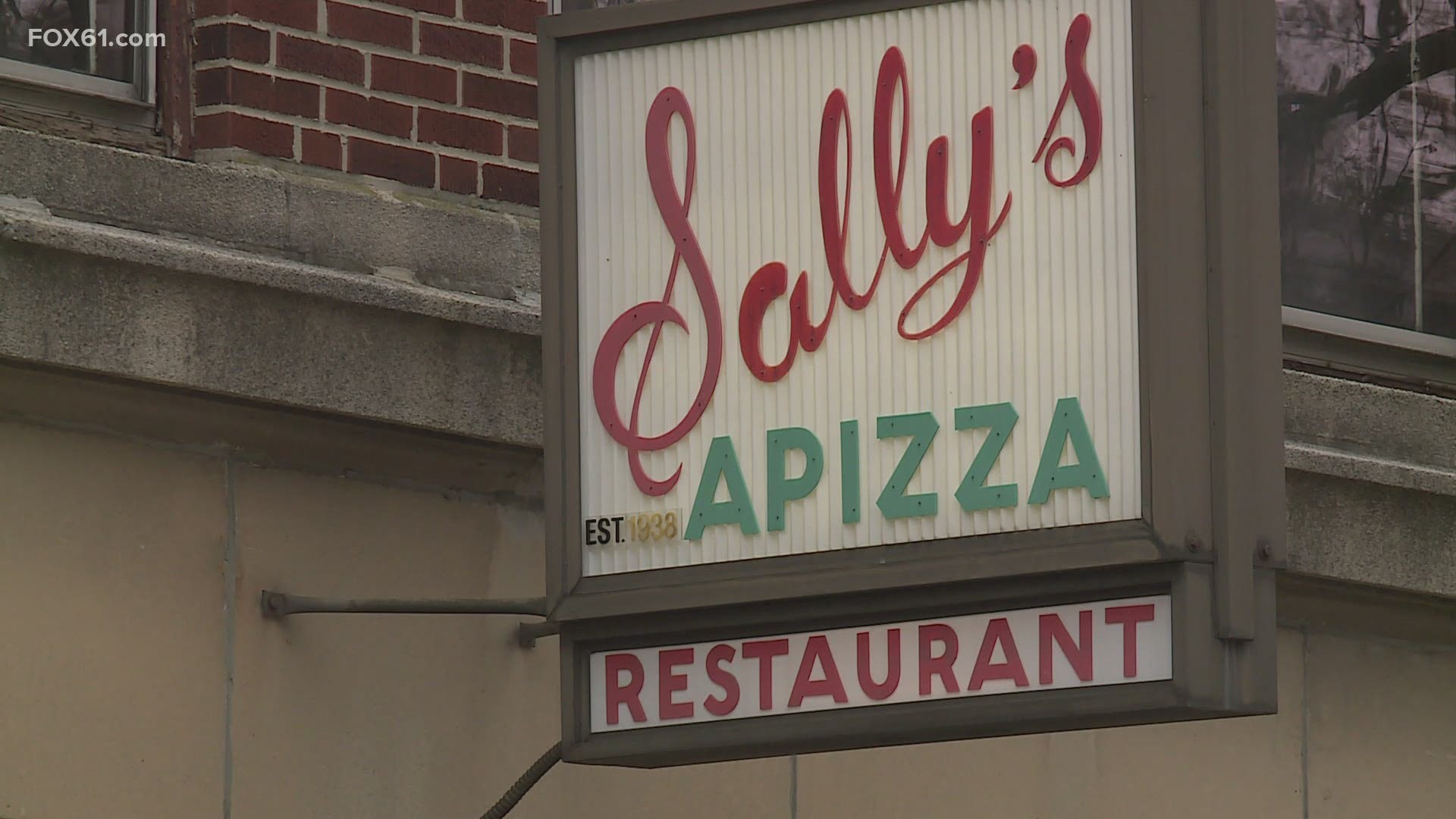 The second restaurant will be located at 66 Summer St, and the Sally’s team plans to be open for business in the heart of the summer.

The new location is 4,000 square feet and offers guests increased seating options, including a mezzanine and outdoor patio. Director of Marketing Krystina Nataloni told FOX61 the new location will have the same honey-oak walls and memorabilia as the original.

“We’re really working to enhance the guest experience,” Nataloni said. “We’re also looking to invite people in as a modern and warm place to gather. It will be a hangout for family and friends and just everyone.”

Unlike the original New Haven location which only serves beer and wine, Stamford’s Sally’s includes a full bar including craft beer, cocktails, and of course their famous coal-fired pizza.

For those worried the experience or food won’t be the same as in New Haven, Director of Operations Rob Nelson ensures the pizza is just as authentic.

“We had a team of engineers design, brick for brick, the original oven, which is really exciting,” Nelson told FOX61. “I mean, this oven has been incredible pies for 86 years, so we didn’t spare any detail on making it exactly the same. It’s going to continue to put out the same magical pie as it has been for years.”

In addition to replicating the oven, the Sally’s team said they’re keeping up Sal’s legacy by remaining true to the original recipe.

“Salvatore Consiglio is a legend in his own. And he spent many years developing these recipes. They've never changed and they haven’t changed to this day," Nelson said. "We use the same recipes he developed at a very young age. The guy was an absolute master of pizza, so our main objective is to maintain consistency with the pizza.".

The team is excited to share the new location with guests, some of which Nataloni said travel from across the state, region, and even the country for pizza.

RELATED: Sally's Apizza in new haven offers delivery for the first time in over 80 years

Stamford, with its bustling restaurant scene, seemed like the perfect place to the team for Sally’s number two. Nataloni and Nelson said they’re excited to bring Sally’s to a wider audience.

“I’ll say that anybody who’s been to Sally’s in New Haven, they know it’s got rich history and deep character,” Nelson said. "And the cool thing about Stamford is that we had a blank canvas to draw from all of that character and history, and to create something where we can enhance the guest experience and make something that is as amazing and better for the guest experience."

The Sally’s team is currently working on an events calendar, and the opening day of Sally’s Apizza in Stamford will be announced in the coming weeks.