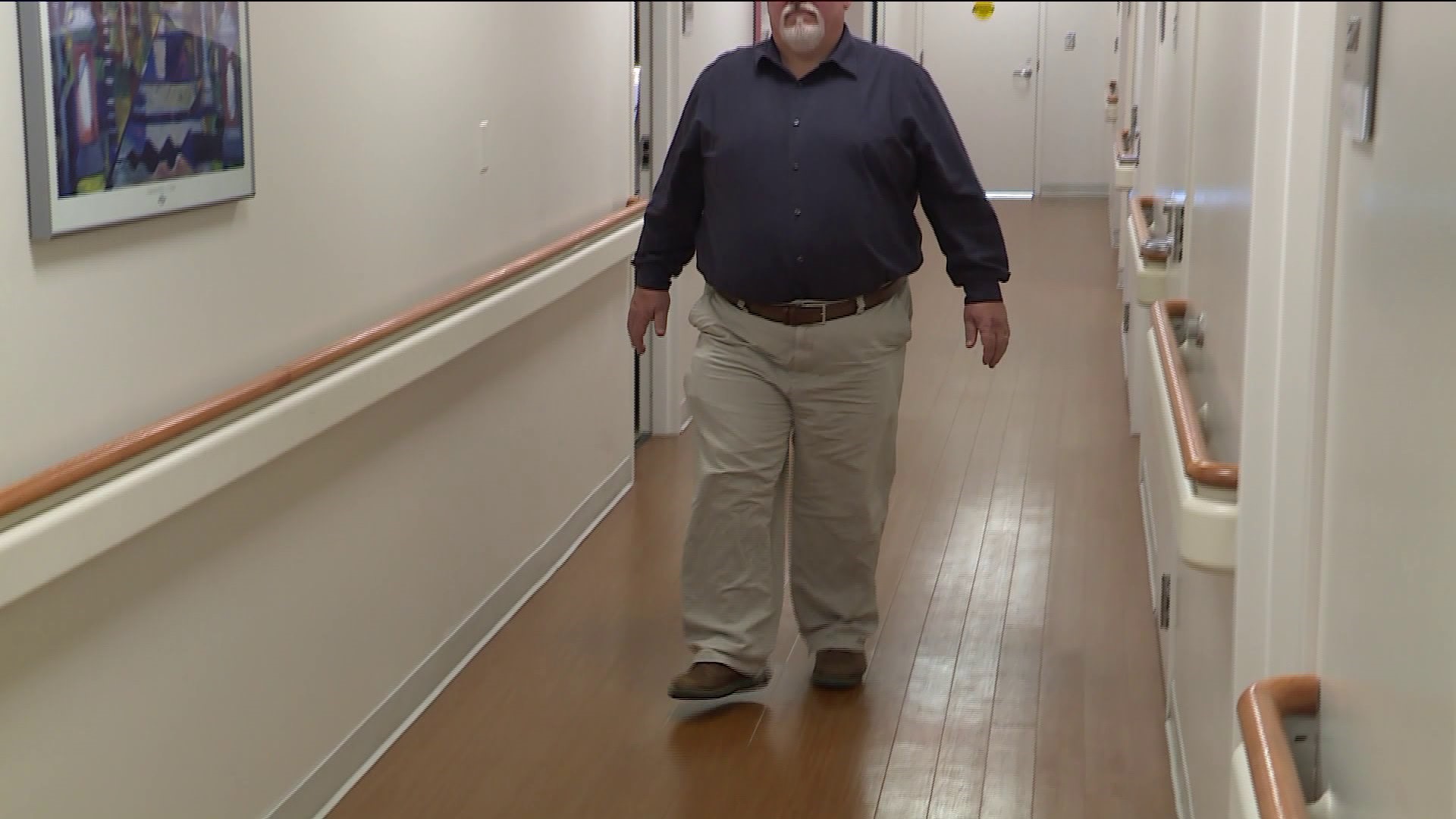 FARMINGTON -- Sometimes, medical advances don’t happen in one big “Eureka!” moment. Sometimes, like with hip and knee replacements, they happen slowly, over the span of many years, as much from a change in thinking as anything.

While the advancements have been slow and steady, the result is that knee and hip replacement patients, like Mark Lafontaine of Willington are getting out of the hospital more quickly than ever, even though his replacement was considered a complex case because of how badly his joint had degraded.

“Last year, I still was gardening, but I’d get down on my knees and I’d stay down there for like three hours because getting up was extremely painful,” he said, “I did something that I swore that I would never do. I got on one of those little carts that drive around.”

Mark’s problem was years in the making, but he said it only took about six hours for him to get back on his feet after his hip was replaced.

“Only a few years ago the minimum hospital stay for a standard hip or knee replacement has been about three days,” said Mark’s surgeon, Dr. Mo Halawi at UConn Health in Farmington, “and today we’re talking about same day and twenty-four hours discharge.”

Halawi stressed that the improvements aren’t coming from orthopedic surgeons racing patients out the door, but rather from research that has allowed doctors to simplify the process, and cut out any unnecessary interventions that wound up extending, and not shortening, recovery times.

“What used to take patients several days to reach certain criteria to go home, now patients are reaching the same exact criteria in a matter of hours, not days.” said Halawi.

“For example, doctors realized that some of the most common reasons for extended hospital stays after joint replacement – nausea, constipation and poor pain control – were all tied in to power opioids and other prescription pain medications that doctors were giving patients after surgery. Those medications were knocking patients for a loop.

“It’s just a realization that, wait a second, we’re treating something but in treating it, we’re creating other problems,” said Halawi.

Halawi said research indicated that using over-the-counter painkillers strategically, like starting before the surgery to stay ahead of the pain, was often sufficient.

Halawi said that he can save patients time and resources by selecting the best candidates who have the best support systems, by personally getting to know each patient and his or her history, and then by staying involved in the recovery process after the surgery.

“There was no visiting nurse, there was no physical therapist. He told me what to do. He told me if I had an issue to call him,” said Lafontaine. “Everything has actually gone almost quicker than he told me.”

Again, Halawi stressed that not everyone is a good candidate for outpatient joint replacement, but he said he’s had an excellent success rate with the right candidates.

“Over a year and a half, I would say all except two patients, that’s 99 percent of the patients, were able to go home the same day or the following morning,” he said.