The officer had been with the department for two years 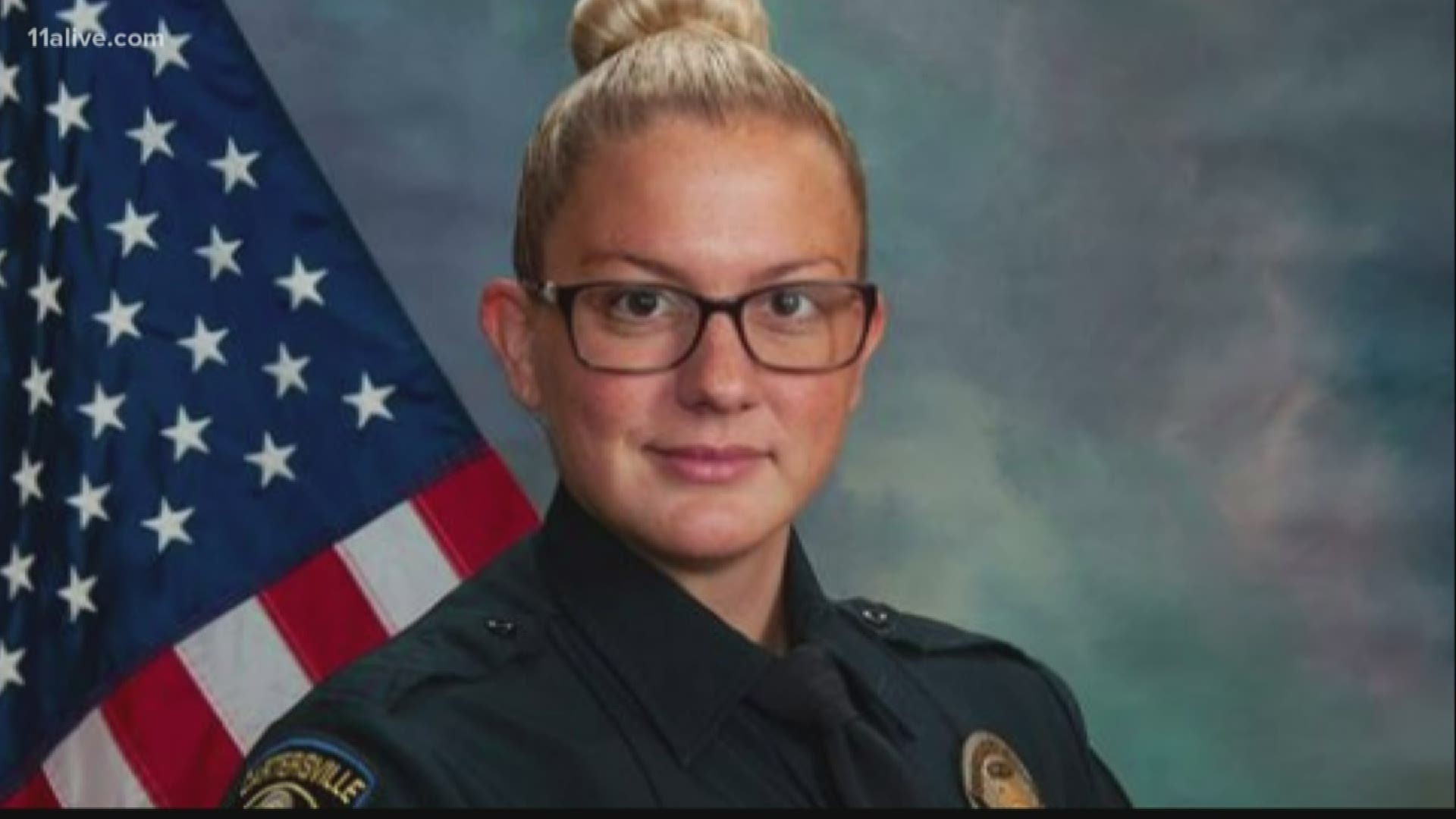 CARTERSVILLE, Ga. — The Cartersville Police Department is mourning the loss of one of their own.

Officer Sarah Beth Barnes passed away as a result of a crash on Thursday in Dallas, Georgia, the department said. She was off duty at the time.

According to the Georgia State Patrol, Barnes was driving east on Ga. Hwy. 6 in Paulding County when she lost control of her car and hit another vehicle going in the opposite direction.

Captain M.E. Bettikofer with the Cartersville Police Department said the 32-year-old was an officer who went above and beyond and was a friend to everyone. She also gave to the country, recently serving in the Navy. Bettikofer said Barnes was discharged just last year.

"She's got a long, long history of service to the country and to a small community like us," he said.

Barnes, he said, would often times read to children at the schools and worked picking up extra shifts as a school resource officer.

"The things that she did and the positive impact she had on so many people, including the kids, is going to be missed," Bettikofer said.

Bettikofer said she "made it all work."

In a statement, Cartersville City Schools said Barnes was always very gracious with their students.

"She never missed an opportunity to build relationships with them and to show them she cared," they said. "Even on days when she wasn’t scheduled to cover Cartersville Primary and Elementary schools, she would stop by to make sure everything was going well."

The officer had been with the department for two years. Her husband works as with Department of Corrections.

Funeral arrangements for Barnes have yet to be made public, but Bettikofer said they'd be planning something in conjunction with the family.

Her sister-in-law, Kim Barnes, described her as a loving person.

"She was a very selfless and giving person," she said. "She was devoted to her family and her career. She loved working for Cartersville PD. She loved her husband and her kids."

The two other two drivers involved in the crash were treated for non life-threatening injuries.

Delta to suspend all U.S. flights to China due to coronavirus