Saturday's gun buyback will be held from 10 AM to 3 PM at the New Haven Police Academy, on Sherman Parkway. It will be a drive-up event. 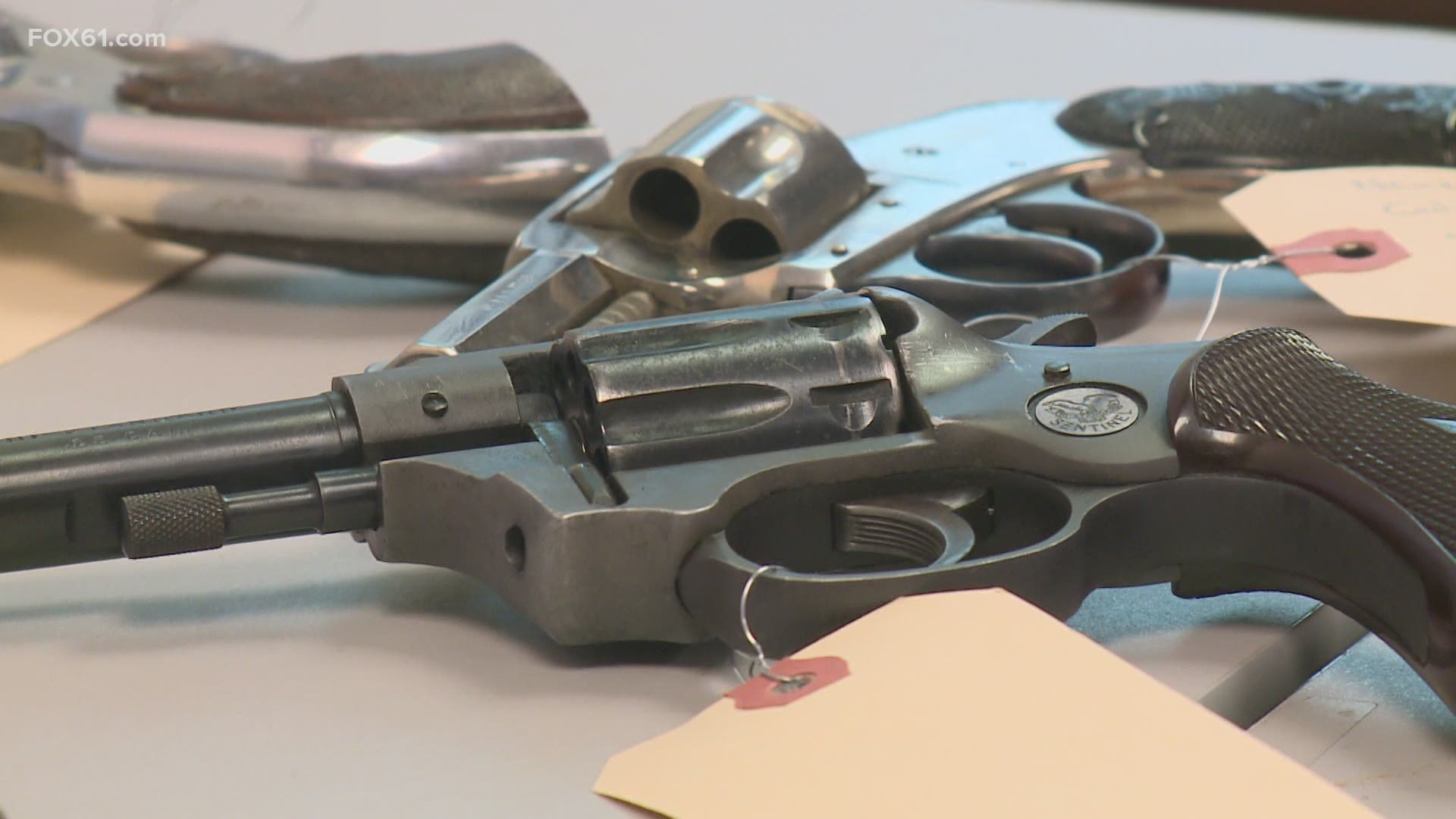 NEW HAVEN, Conn. — So far this year, New Haven police have taken nearly 50 illegal guns off the streets, through arrests, and on Saturday the public will have an opportunity to help reduce the chances of gun tragedies, through a gun buyback program.

Such gun buyback programs date back to the early 1990s in Connecticut. New Haven's gun buybacks typically yield up to 200 guns.

"We're looking to get the guns in homes that people no longer have use for, but don’t know where to turn to," said Acting Police Chief Renee Dominguez. "And guns that could potentially fall into the hands of someone who is having suicidal thoughts."

For the last four years, many guns turned in to New Haven police have been turned into gardening tools and jewelry by an organization called Swords to Plowshares.

"Then with the tools that we have we give them to local community gardens to actually cultivate crop," said Pina Violano, Ph.D., of Swords to Plowshares.

Those vegetables are then donated to local soup kitchens, houses of worship, and homeless shelters.

Saturday's gun buyback will be held from 10 AM to 3 PM at the New Haven Police Academy, on Sherman Parkway. It will be a drive-up event. Police ask that guns remain in the trunk.

"The officers will come they’ll take the weapon out and they’ll bring it inside make it safe and see what gift card is going to be given for that and then you’ll be on your way," said Dominguez.

"If you're a felon, if you're undocumented, if you're fearful, no questions are asked," said U.S. Sen. Richard Blumenthal (D-Connecticut).

The Swords to Plowshares organization will be making and selling the jewelry and gardening tools onsite at the gun buyback. Most of their products are made from shotguns or rifles.