UN health emergencies chief: "It's way too early" to predict the beginning of the end of China's virus outbreak. 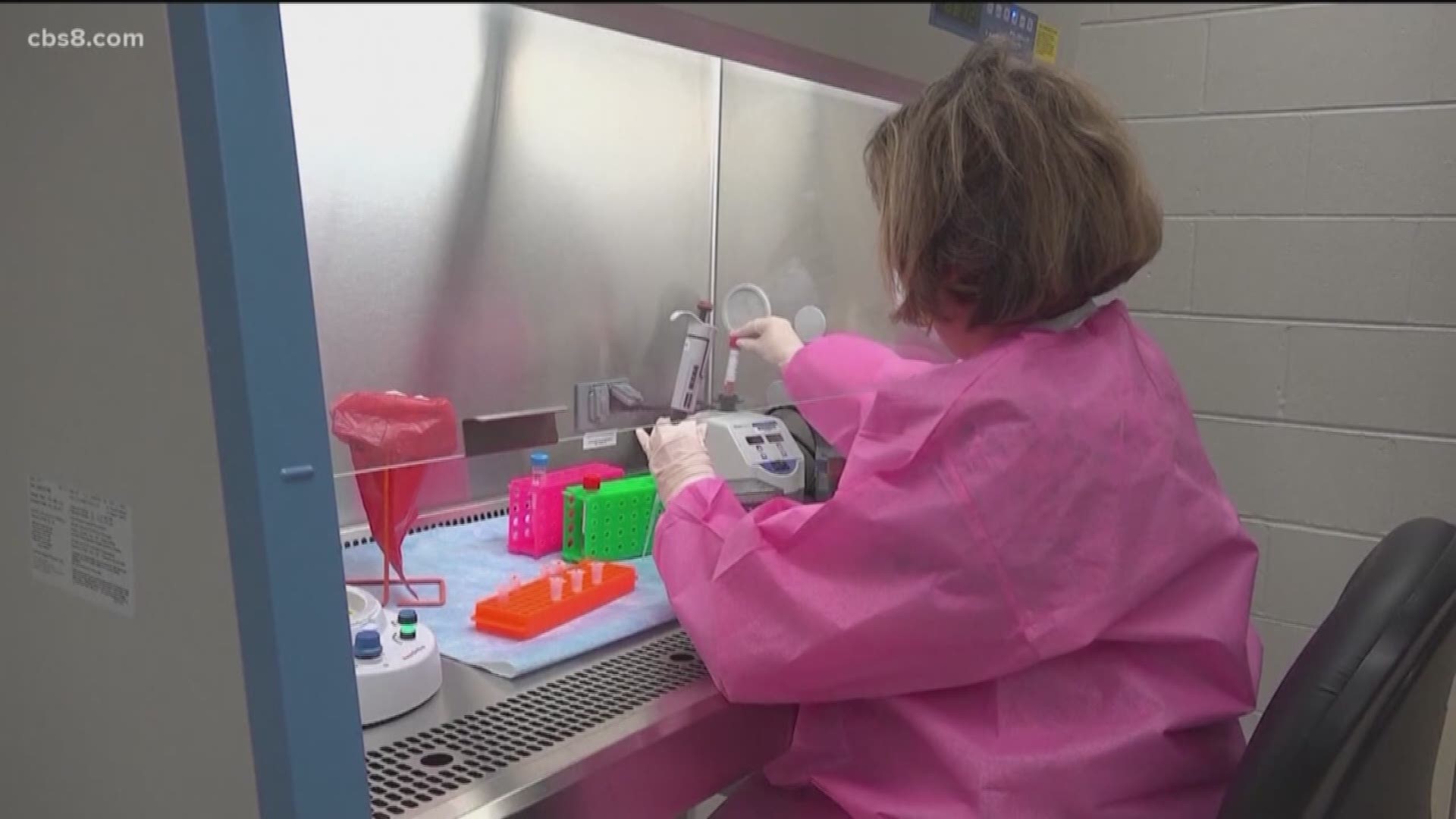 SAN DIEGO COUNTY, Calif. — UC San Diego Health officials on Wednesday confirmed they were treating a second patient who has tested positive for the COVID-19 virus.

The second patient was reportedly among the evacuees that arrived on a second flight from Wuhan, China last week.

According to health officials at UC San Diego Health, a third person is also under investigation (PUI). The patient also developed symptoms that warrant further observation and testing.

According to UC San Diego Health, one patient with coronavirus is considered to be in good condition with the second confirmed case being considered as fair. The third person who is under investigation is in good condition as the hospital awaits test results from the Centers for Disease Control and Prevention.

The patients who tested positive for COVID-19 are being treated for their symptoms according to doctors as there is no specific FDA-approved treatment for the virus at this point.

The new case out of San Diego brings the number of COVID-19 cases in the country to 14.

The first San Diego patient was confirmed with the disease on Monday. She was one of 167 people who were flown to Miramar Feb. 5.

According to CDC officials, the first and second patients from MCAS Miramar arrived on different planes and were housed in separate facilities; there are no epidemiologic links between them.

According to CDC on-site team lead Dr. Chris Braden, “At this time there is no indication of person-to-person spread of this virus at the quarantine facility, but CDC will carry out a thorough contact investigation as part of its current response strategy to detect and contain any cases of infection with this virus.”

The CDC warned there are likely to be additional cases in the coming days and weeks, including among other people recently returned from Wuhan.

UC San Diego Health officials held a press on Thursday to update the public on the latest information.

While 195 people were discharged from quarantine Tuesday, more than 600 people who returned on chartered flights from Wuhan remain under federal quarantine.

UN health emergencies chief said "it's way too early" to predict the beginning of the end of China's virus outbreak.

Health officials in China said the number of new cases of the coronavirus in the country dropped for a second straight day on Wednesday. That's a possible glimmer of hope amid the outbreak that has infected over 45,000 people worldwide and killed more than 1,100.

Chinese President Xi Jinping, meanwhile, is promising tax cuts and other aid to industry as the ruling Communist Party tries to limit the mounting damage to the economy.

And in Japan, 39 new cases have been confirmed on a cruise ship quarantined at Yokohama, bringing the total to 174 on the Diamond Princess.

News of a second case came a day after officials said a labeling error caused a person infected with the novel coronavirus to be mistakenly released from a hospital but the oversight was noticed as she was returning to a San Diego military base.

Officials said Tuesday the mix-up came to authorities’ attention while she was being driven back to Marine Corps Air Station Miramar, where more than 200 evacuees from China are living under federal quarantine.

Officials said she was isolated at the base for testing and was sent back to a hospital after results came back.

The agency says it will now assign a laboratory specialist to prevent incorrect labeling.

It can take up to 14 days for symptoms of COVID-19 to appear. The CDC will allow those quarantined to return home next week, however, it may take longer for those who end up in the hospital.

UC San Diego Health released the following statement about the patients they are treating:

The safety and well-being of our patients and staff is our top priority. As the region’s only academic health system, UC San Diego Health specializes in the care of patients with complex illnesses, including infectious diseases more virulent and deadlier than COVID-19.

We are taking all necessary measures and precautions to minimize any potential exposures as we care for both potential and confirmed COVID-19 cases.

Patients are treated in negative-pressure isolation rooms; health care providers in contact with these patients are trained to use appropriate personal protective equipment, such as gowns, gloves, fit-tested high-filtration respirators and face shields or goggles.

We understand others may be concerned about larger health risks. We want to reassure our patients, their loved ones and the community at large that there is no exposure risk at any UC San Diego Health hospitals or clinics. Patients and visitors can feel confident in making and keeping their appointments and using our services as usual.