Judy Keane and Fred Kuo Jr work together to remember their family members who died during the attack on the World Trade Center. 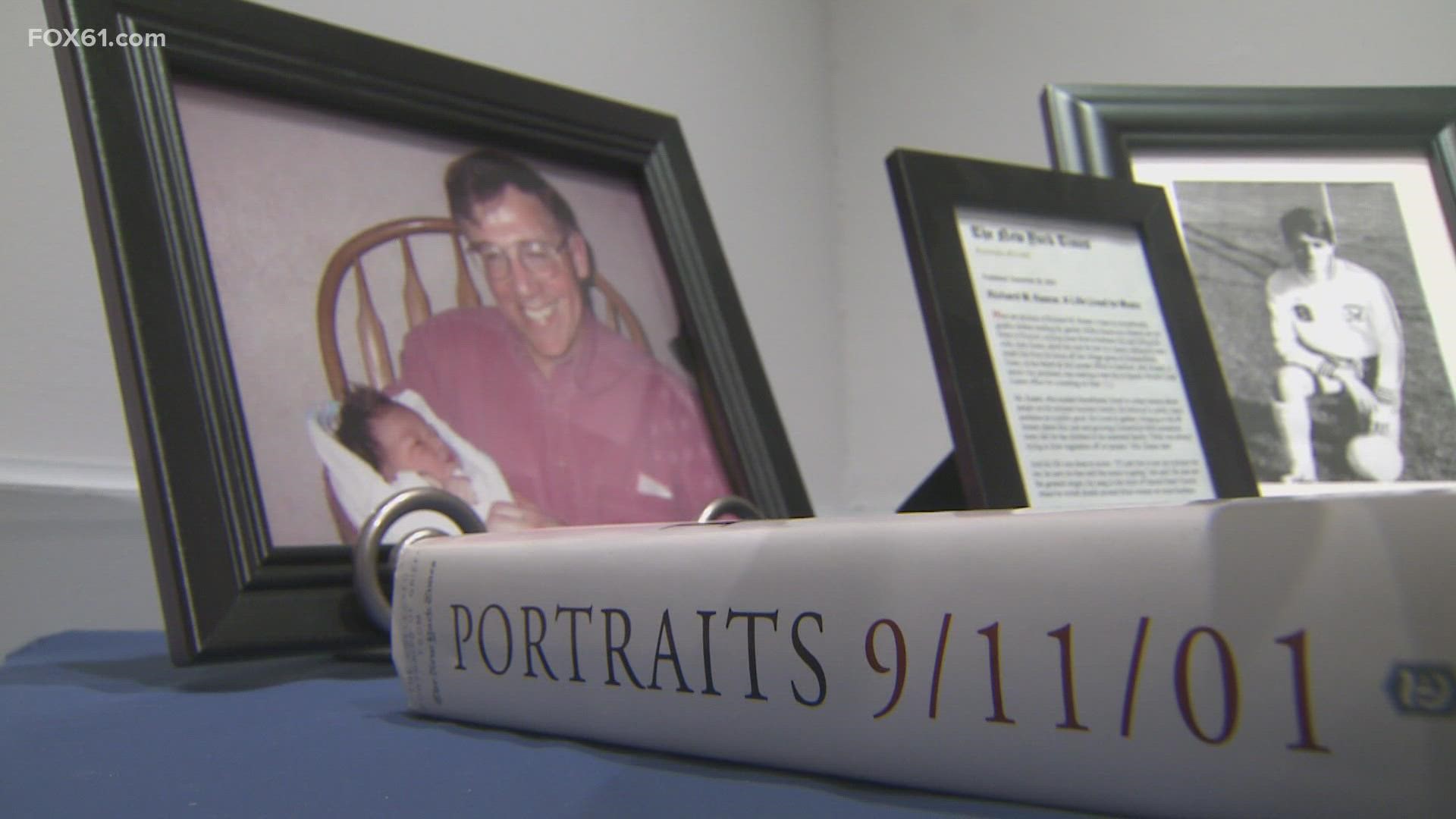 WETHERSFIELD, Conn. — When Judy Keane remembers her husband Dick, she thinks about how he lived his life.

“Whatever sport the kids were playing, he was a coach. So, he knew a lot of people in town," she recalled to FOX61. "I grew up in Wethersfield, and he knew more people than I did."

His office was in midtown Manhattan, and she thought he was there.

"I had called him during the morning to just say I know New York's in turmoil, just come home, come home," she recalled.

It would be noon that day before Judy talked to an office manager at his company's Connecticut office, and learned he was in harm's way. And her heart sank.

Like so many others that morning, and for days to come, Judy hoped against hope that her husband was alive, and would come out staggering wide-eyed and ghost-like out of a cloud of dust and debris.

"I always imagined that some little old lady in New York had taken him in because he was lost and probably had amnesia," she recalled.

That didn't happen. The family eventually accepted their loss. A loss shared with millions of others.

RELATED: Surviving 9/11 was 'just the first piece of the journey'

Judy's husband had become part of a sad history. The event that took his life would be analyzed and studied, talked and written about for years to come and she felt it.

"I had to share it with everybody... it's very difficult to share your grief... and to go through the grieving process in public... so that was hard," she said.

Within weeks of the attack though, Judy’s family and friends had formed the Richard M. Keane Foundation, with a goal of building a sports center in Wethersfield and providing the town's youth with a safe and fun environment for athletic, academic and social programs.

Since then, the organization has accomplished much. And Judy said having a mission and a purpose, helped her process her grief and said the foundation absolutely helped.

1 / 32
AP
FILE- In this September 11, 2001 file photo, smoke billows from World Trade Center Tower 1 and flames explode from Tower 2 as it is struck by American Airlines Flight 175, when terrorists crashed hijacked airliners into the buildings. A trial commencing in New York on Monday, July 15, 2013 will decide whether World Trade Center owners can seek additional damages from several airlines and other aviation defendants (AP Photo/Chao Soi Cheong) MANDATORY CREDIT

Twenty years ago, and miles away from Judy, a man also lost someone close to him.

Today, when Fred Kuo Jr. remembers his father, he smiles.

"My father was the person I looked up to, he was my role model... he was really the person who made me who I am today," he said.

Kuo was 28 years old in 2001 and he was at work at Merrimack College when the first plane struck. He would later learn his father, an engineer, was in the south tower, on the phone with his mother, monitoring the burning north tower, when the second plane struck.

"My father was very inquisitive by nature, so he was sticking around. Most of his colleagues had evacuated, and he called her to let her know he was okay and was reporting," he said. "And then the last words to my mother were 'Hey, something's happening, gotta go, bye.' and that was it."

As for the grieving process, he says all the "firsts" were the hardest part.

"The first Thanksgiving, the first Christmas, my parents were about to celebrate their anniversary, so that was coming up too," he said.

Eventually, Kuo moved his family to Wethersfield, where he met Judy Keane and started volunteering with the Keane Foundation.

"It still stings, but I try to stay as productive as I can in any way I can," said Kuo.

And to this day the memory of his father, and the greatest tragedy of his life, guide him in his daily living.

"How do you choose to remember, and what do you choose to do to pass on the legacy of the people you love or loved," Kuo said. "The things my father stood for were being kind, understanding, empathetic... and how do I pay those things forward." 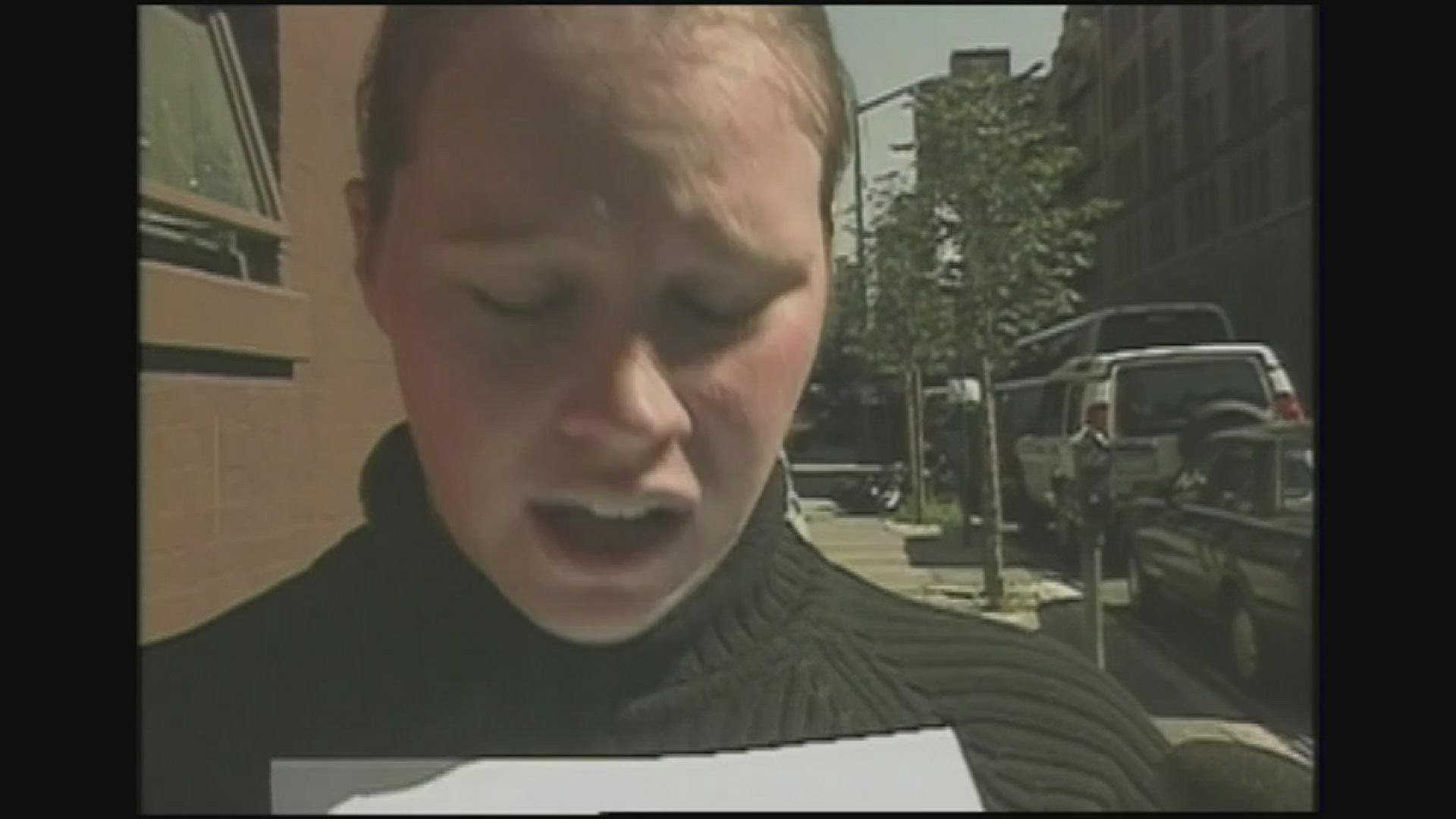