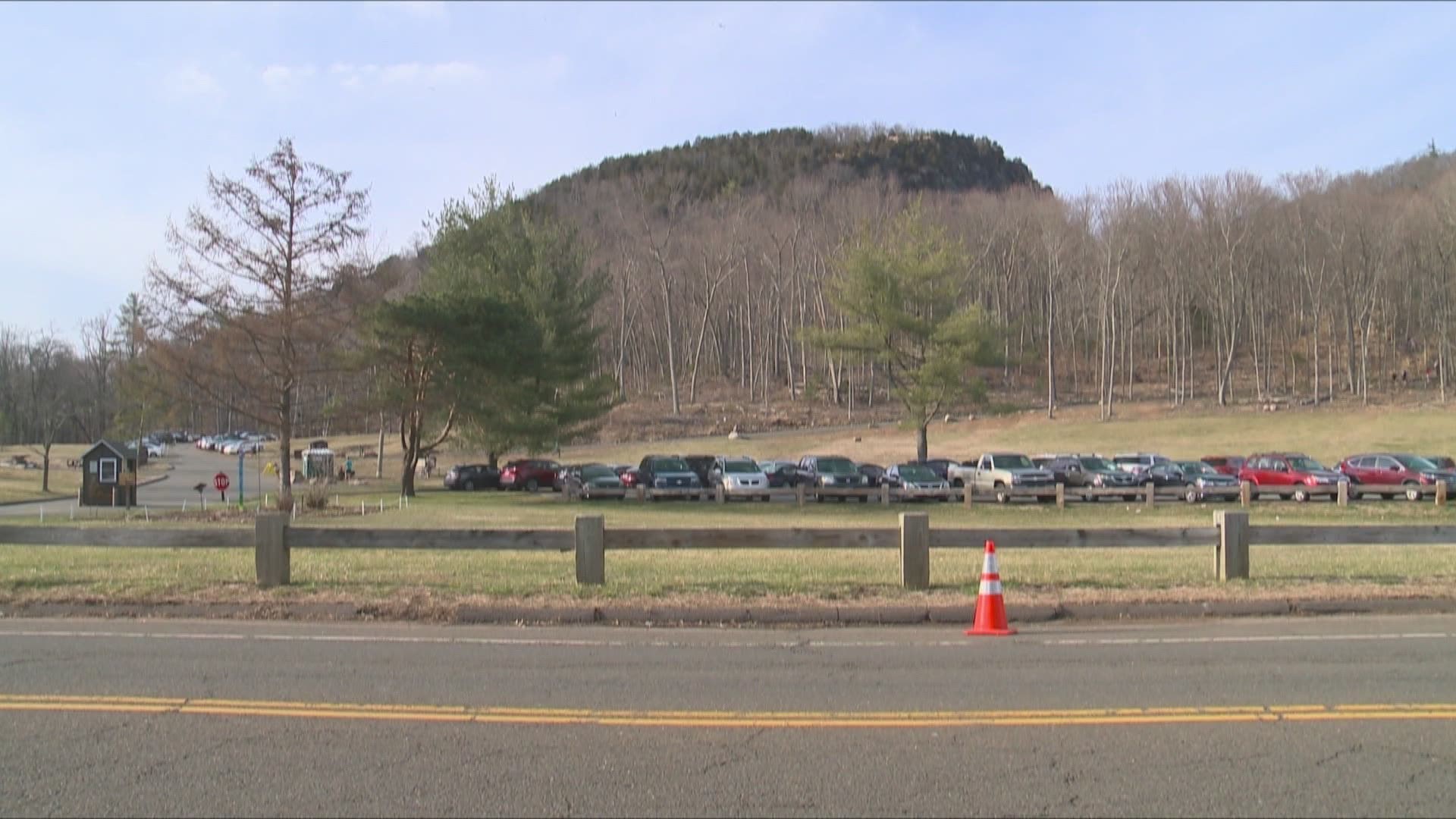 HARTFORD, Conn. — A combination of sunny weather and cabin-fever brought people to the great outdoors on Sunday. The Connecticut Department of Energy and Environmental Protection said several state parks were closed when their parking lots reached capacity.

Parking capacity has been reduced at several parks and a couple shut down entirely in an effort to limit crowds and encourage social distancing during the COVID-19 emergency.

While at least 18 parks eventually maxed out their parking areas on Sunday, DEEP officials point out that the state has 110 state parks, dozens of state forests, and several wildlife management areas (WMAs) available for recreation.

The CT Trail Census project at UConn measures the usage of various hiking and walking trails around the state with infrared triggers. In a new report comparing data from March 2019 to March 2020, they have not only seen double but triple the amount of people using several trails.

Park and trails advocates are glad people are getting out and about, but it sometimes makes social distancing hard. DEEP and the CT Forest & Park Association are using two social media hashtags, #StaySafeOutdoors and #CTTrailsLessTraveled to encourage safe use of our states outdoor facilities.

"If there is a really popular place that you want to go to, think about going on an off day or off-hours, not between 12-4, that`s when everyone is thinking on a nice day about going to those major locations," said CFPA's Eric Hammerling. "We encourage people to mix it up a little bit."

And if you're on the trail or walking through the park, remember that visitor centers -- and bathrooms -- are closed. If you meet people coming the opposite direction down the trail, stay to the right and give as much room as you can. And carry out what you carry in. That's always a good rule in the great outdoors, but even more important to decrease the chance of any contamination.

RELATED: For golfers in Hartford a new etiquette on the course

RELATED: Heading to a state park? Keep your distance