Members of the union and Shelton residents gathered on Canal Street to talk about what they called unacceptable behavior by the mayor and police chief. 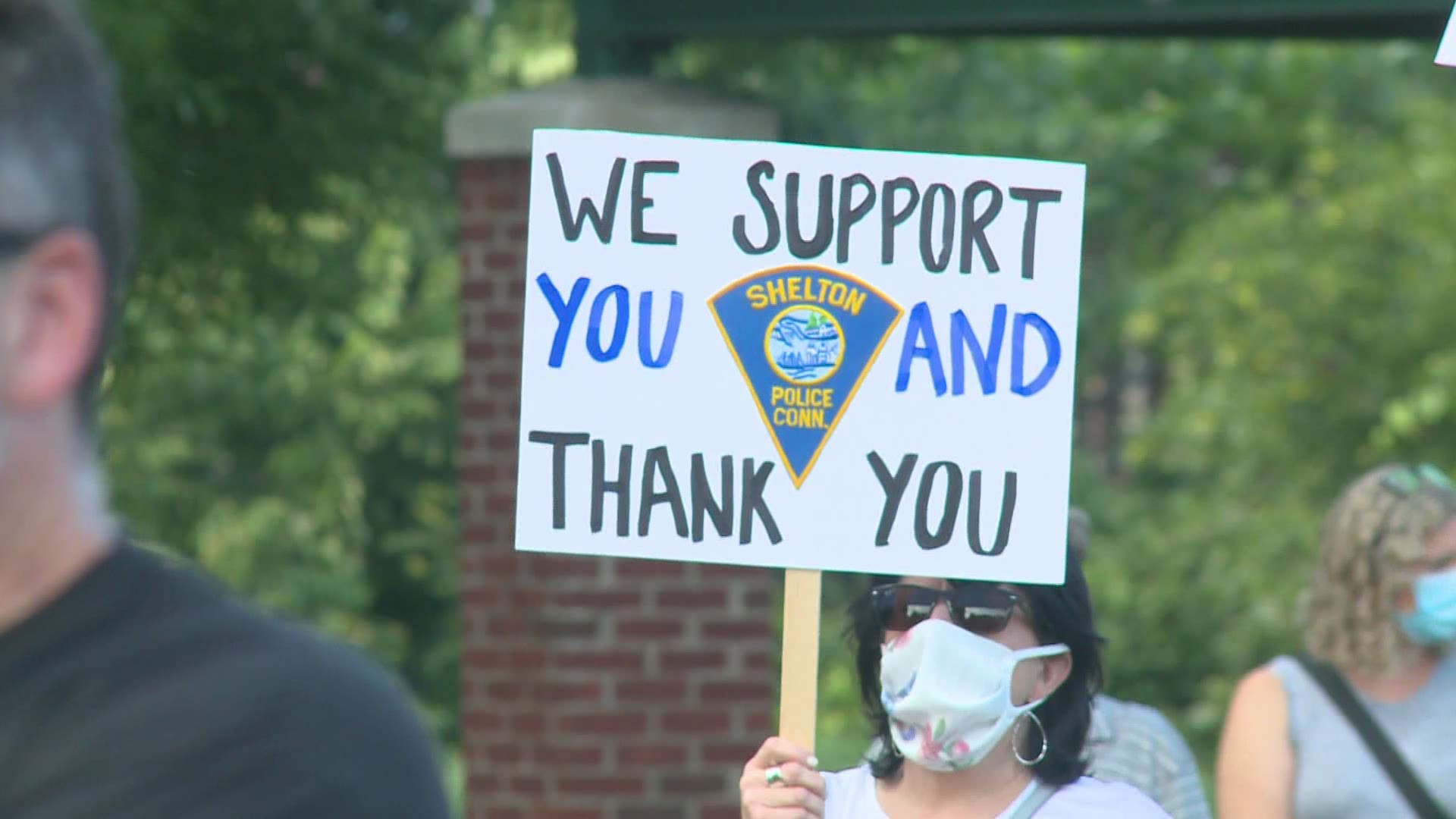 SHELTON, Conn. — The Shelton Police Union spoke out against the actions of Mayor Lauretti and Police Chief Sequeira. The union said several officers have been locked out of their department.

Members of the union and Shelton residents gathered on Canal Street to talk about what they called unacceptable behavior by the mayor and police chief, something that has been going on since May.

The union showed up in large numbers to show support for their fellow officers who have been under fire by the police chief.

Krupinsky said that is because Chief Sequeira closed up the locker rooms and told them to go home to change, but the officers refused because they were afraid to bring Coronavirus back home to their families.

"Then to discipline people after you told them to stay in the parking lot and change their clothes because they were doing what they were told to do - disciplining them because someone took photos? Well that’s what happens when you’re out in public," said John Krupinsky, President of the CT State Fraternal Order of Police.

The union said when the officers spoke out against this, the chief had them investigated by Internal Affairs.

The organizer of the rally, Chris Jones said he felt like he had to say something since his father and grandfather were Shelton police officers.

They got reprimanded for changing in the parking lot. Indecent exposure - the chief of Police called it. It has brought 14 of them, 14 officers up on indecent exposure charges," said Jones of Shelton.

Mayor Lauretti was also under fire.

"It was brought to the mayor’s attention and he didn’t care. He backed up his chief 100%," added Krupinsky.

The incident remains under investigation. FOX61 reached out to the police chief and the mayor and have not yet heard back.

To move forward, the union hoped they can sit down with the mayor and the chief to reach an agreement or continue the conversation.