Fireworks appeared to detonate at ground level. The remaining fireworks had to be detonated hours later all at once. 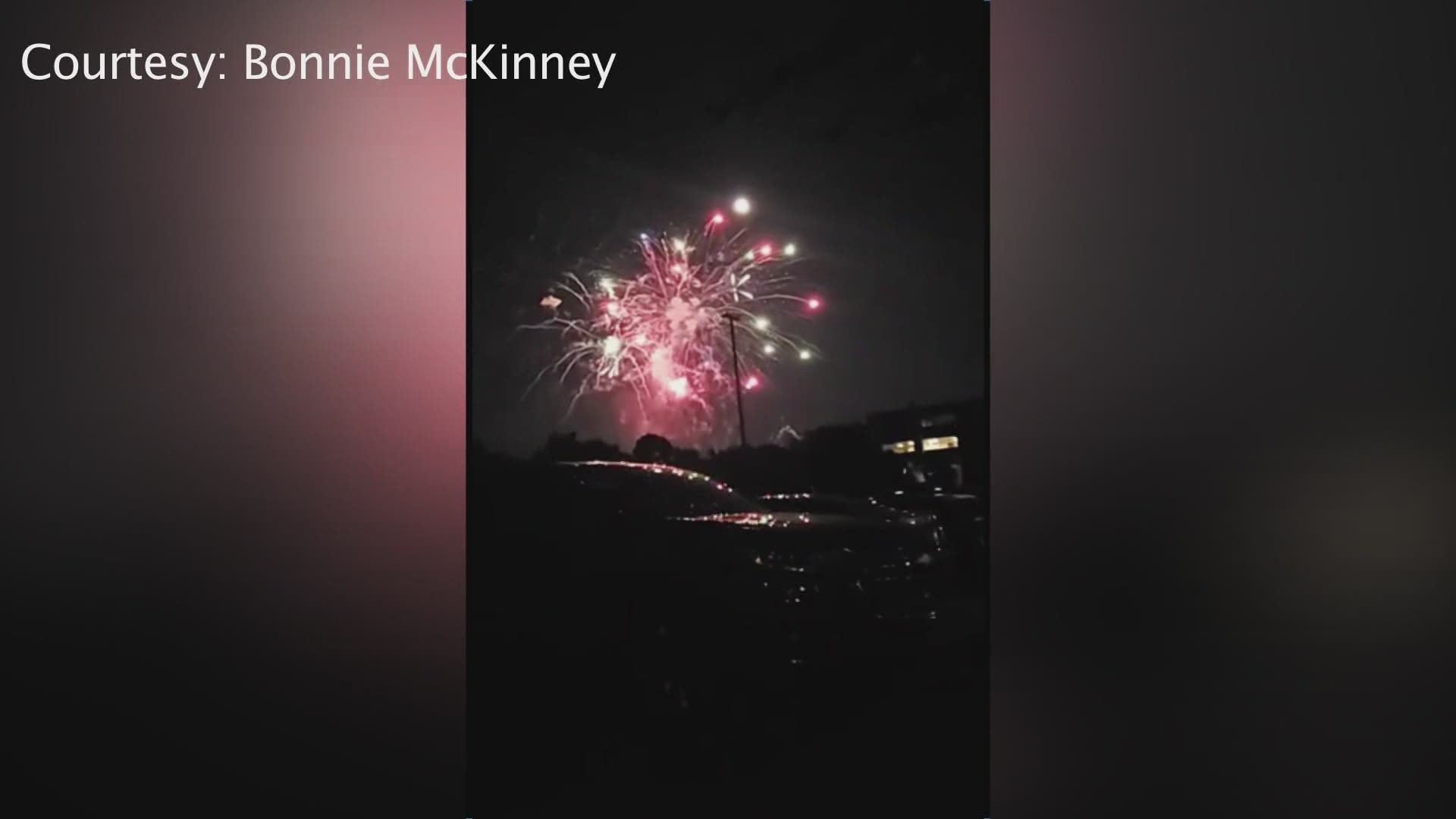 Video of the fireworks display shows fireworks explosions at ground level. Police have not confirmed what exactly happened during the display but did say it was a "significant malfunction." The cause of the unintended explosion is now under investigation.

No one was injured during the incident.

The Naugatuck Fire Marshall was on the scene when the explosion happened, as he was required to be there to monitor the fireworks show.

Police determined later Thursday evening that the remaining fireworks had to be discharged so they may be safely disposed of. The rest of the fireworks were detonated shortly after midnight.

Do you have video of the fireworks malfunction?
Email it to share61@fox61.com 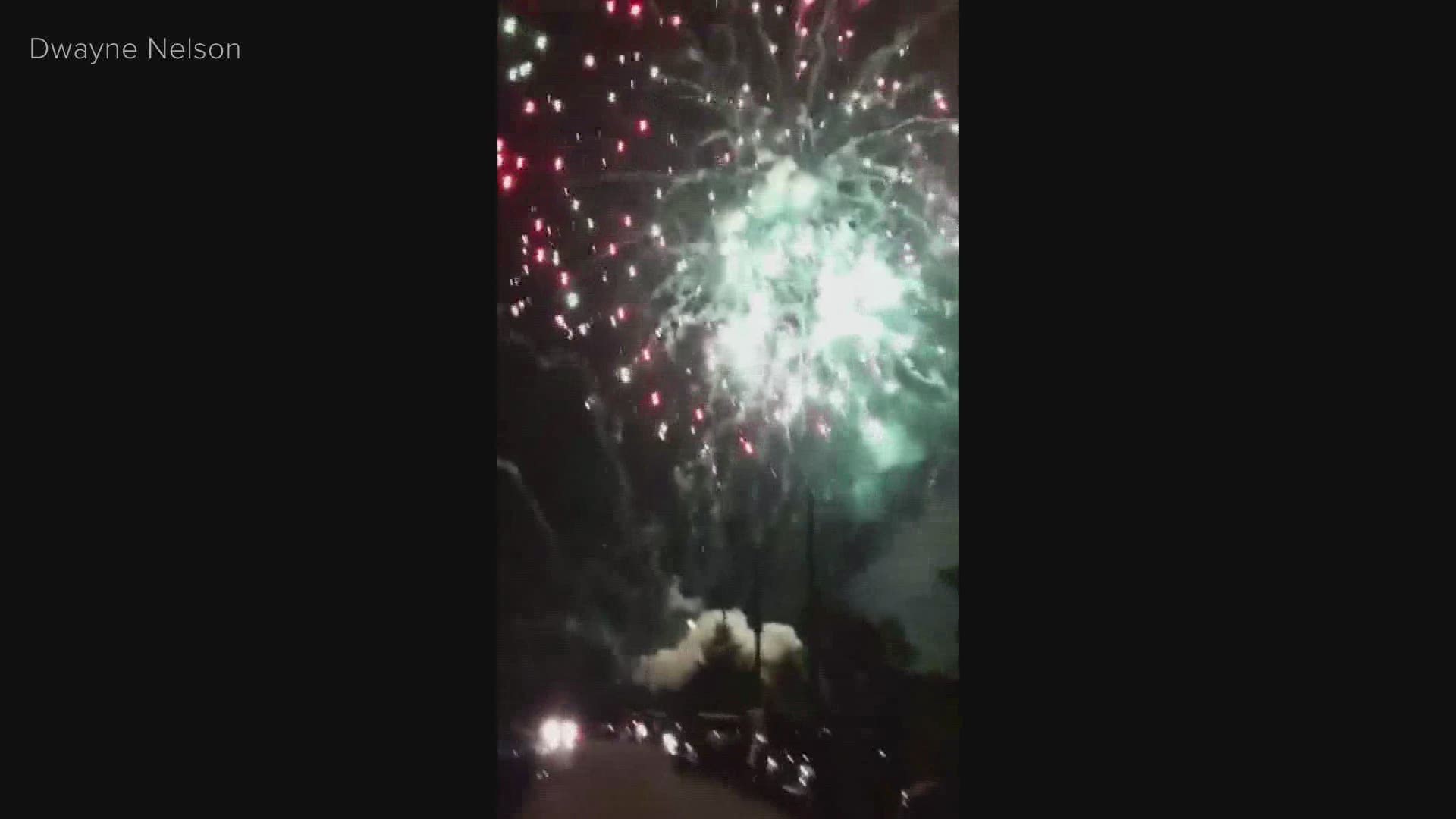 Traditional fireworks that launch into the air are restricted in Connecticut. It is illegal to sell and own aerial fireworks in Connecticut, but professional fireworks displays and their operators receive licenses for the Connecticut Department of Emergency Service and Public Protection. The Naugatuck Fireworks show was a city-sanctioned event, and the Fire Marshall was present.

Many professional fireworks displays in Connecticut have been cancelled this summer because of COVID-19 concerns. Towns and cities are choosing not to encourage crowds to gather to view light shows.

Thursday afternoon the Naugatuck Firefighters Union IAFF Local 1219 posted on Facebook that the fireworks show could be viewed from the Naugatuck Event Center Parking Lot. 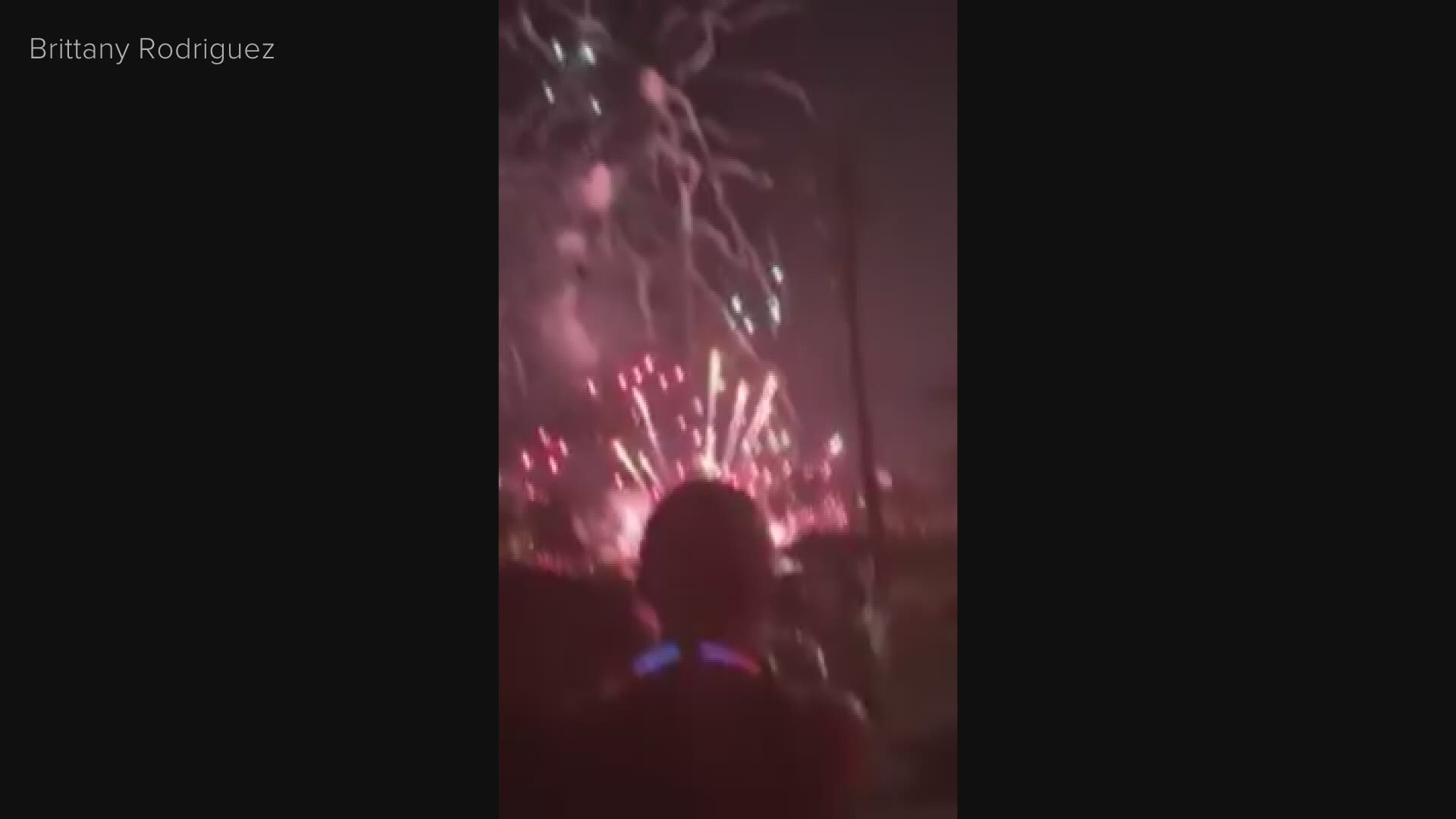 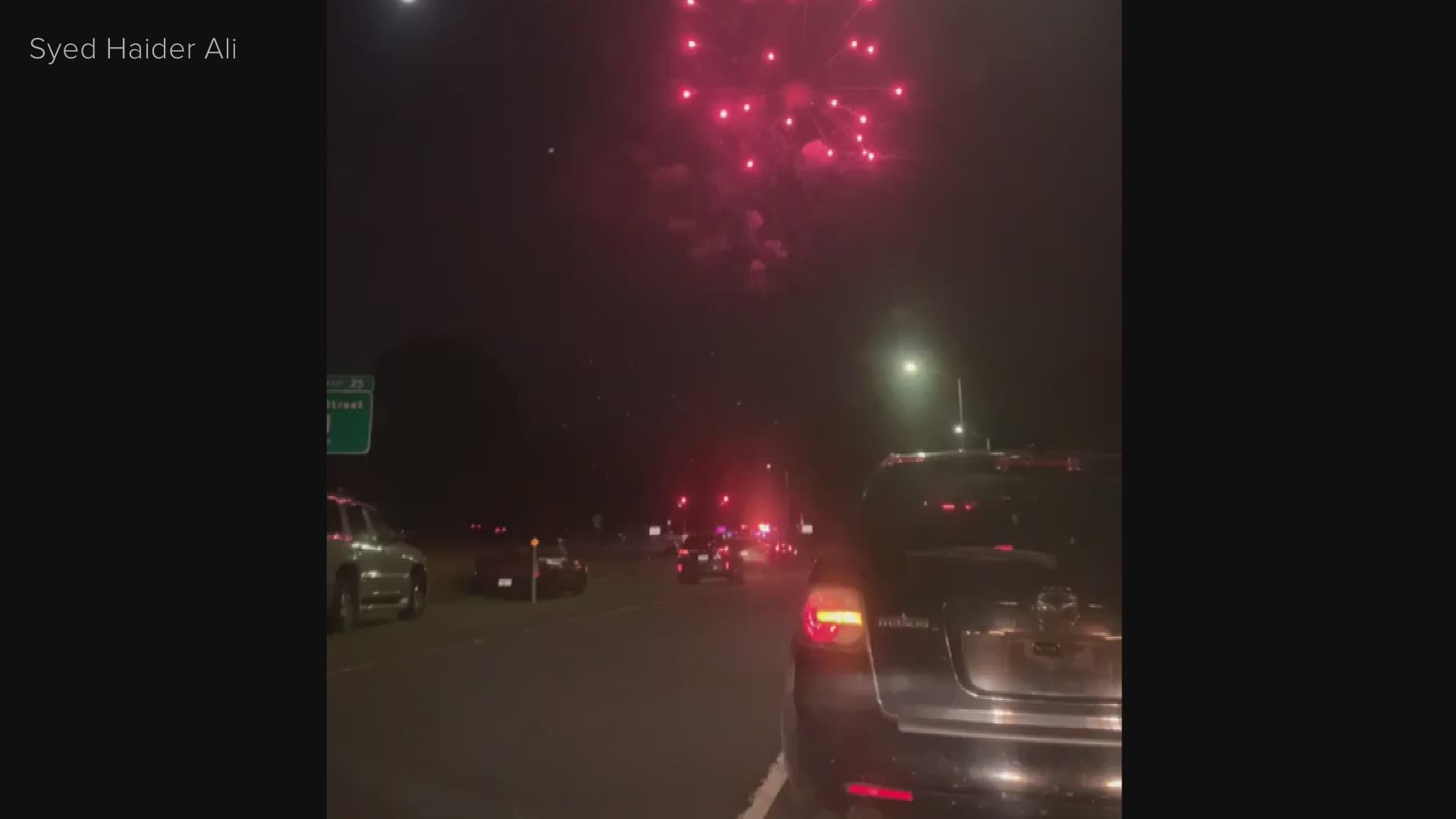 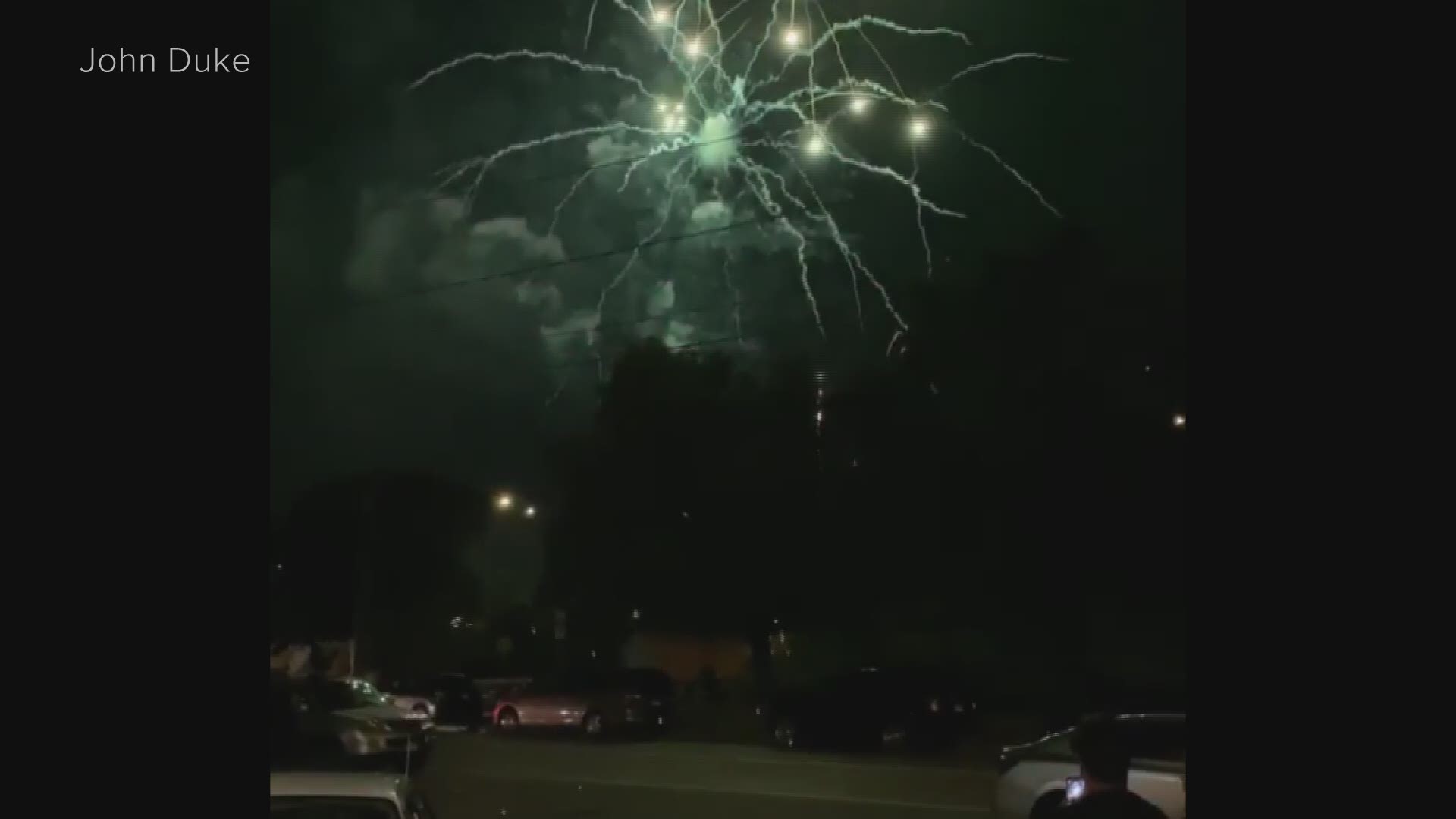 In 2018, the Middletown fireworks show ended abruptly when the fireworks barge caught fire. That fire was caused by some "dud firework shells" that exploded lower than they were intended to. No one was injured in that incident.