The bill allows Lamont to amend the state’s compacts with the tribes and allow both to offer sports betting, online gambling and online fantasy sports. 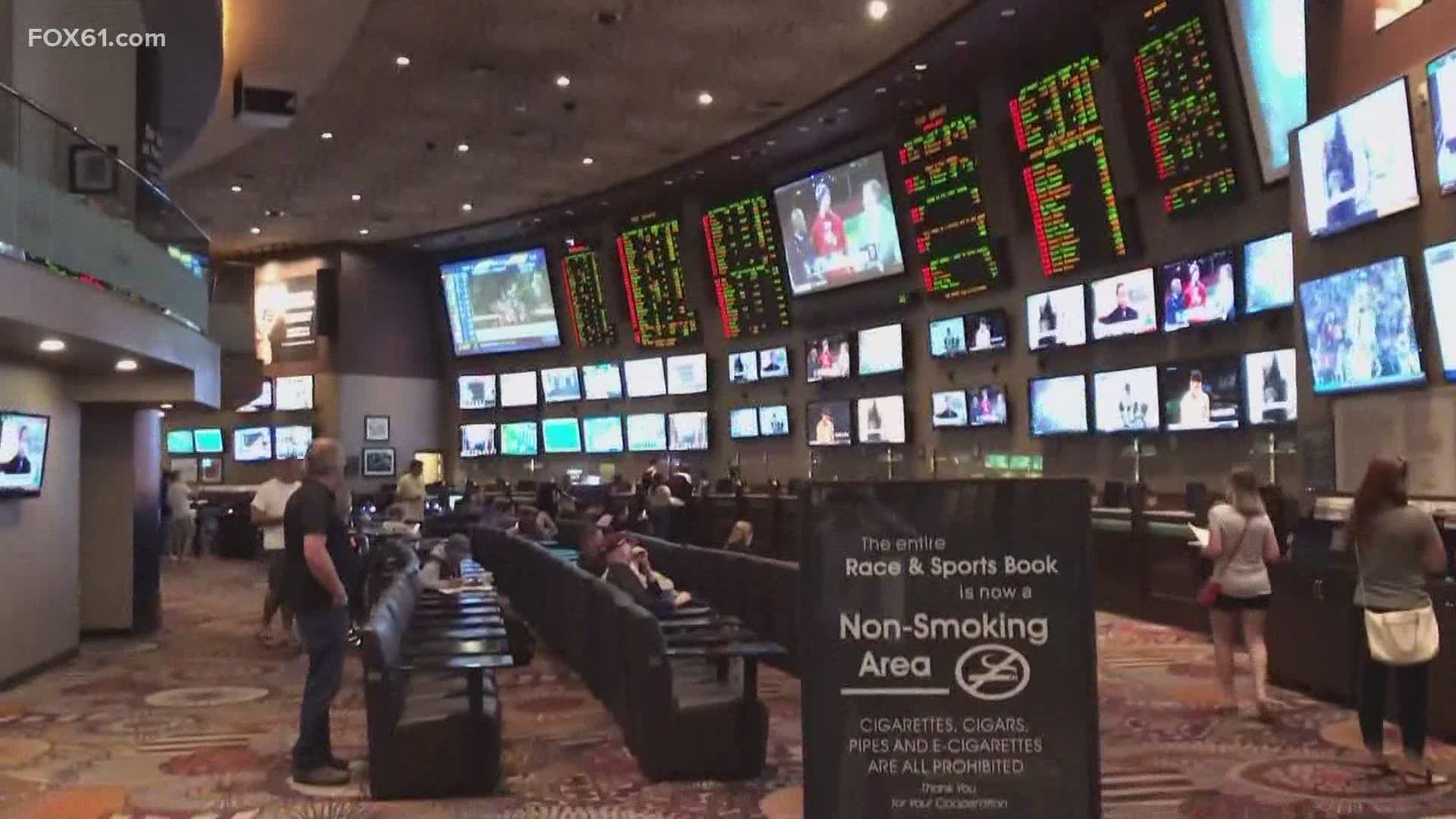 HARTFORD, Conn. — The Connecticut Senate has passed a long-awaited agreement with the state’s two federally recognized tribes that could lead to legalized sports betting and online gambling.

The legislation includes an agreement that Democratic Gov. Ned Lamont reached in March with the Mashantucket Pequot and Mohegan tribes, owners and operators of Foxwoods Resort Casino and Mohegan, that was approved last week by the House of Representatives.

It essentially allows Lamont to amend the state’s compacts with the tribes and allow both to offer sports betting, online gambling and online fantasy sports.

Lamont applauded the vote Tuesday night. He said he planned to sign the buill in the comind day and then will seek approval from the Burea of Indian Affairs at the Department of Interior.

“I want to congratulate and thank the Connecticut General Assembly for approving historic legislation, negotiated by my office, which modernizes Connecticut’s gaming landscape,” Governor Lamont said. “I also want to thank our tribal partners, the Mohegan Tribe and Mashantucket Pequot Tribe, for their constructive and collaborative efforts, both in negotiating the agreement and working through the details of this legislation. This is a significant moment for our state as, for the first time, we will allow sports wagering, online casino gaming, and entry of the Connecticut Lottery Corporation into this space. I look forward to signing this legislation into law, which is in the best interests of the State of Connecticut and its citizens.”

James Gessner Jr., Charman of the Mohegan Tribal Council said in a statement:

“The Mohegan Tribe is thankful to Governor Lamont and our partners in the State Senate for passing legislation on a bipartisan basis that will bring online gaming and sport wagering to Connecticut. We’d like to thank the Senate’s great Southeastern delegation, and especially State Senator Cathy Osten, Vice-Chair of the Public Safety and Security Committee, for their longstanding efforts to make this legislation possible.

By modernizing our gaming industry in these ways, Connecticut will keep pace with neighboring states, protecting Connecticut jobs, generating tax revenues to the benefit of both state and local municipal budgets, as well as our tribe’s members. This is not just a regional issue -- it will have a statewide impact as Connecticut works to meet critical needs as it recovers from the pandemic. We’re excited for Governor Lamont to sign this bill into law, and we look forward to continued partnership with him and with the General Assembly to continue moving Connecticut’s economy forward.”

Key components of the agreement include:

RELATED: Here's what you need to know about Connecticut casinos as the state rolls back restrictions