Perilloux was suspended two years ago after he was indicted on three felony counts of indecent behavior with a juvenile and one misdemeanor charge of sexual battery. 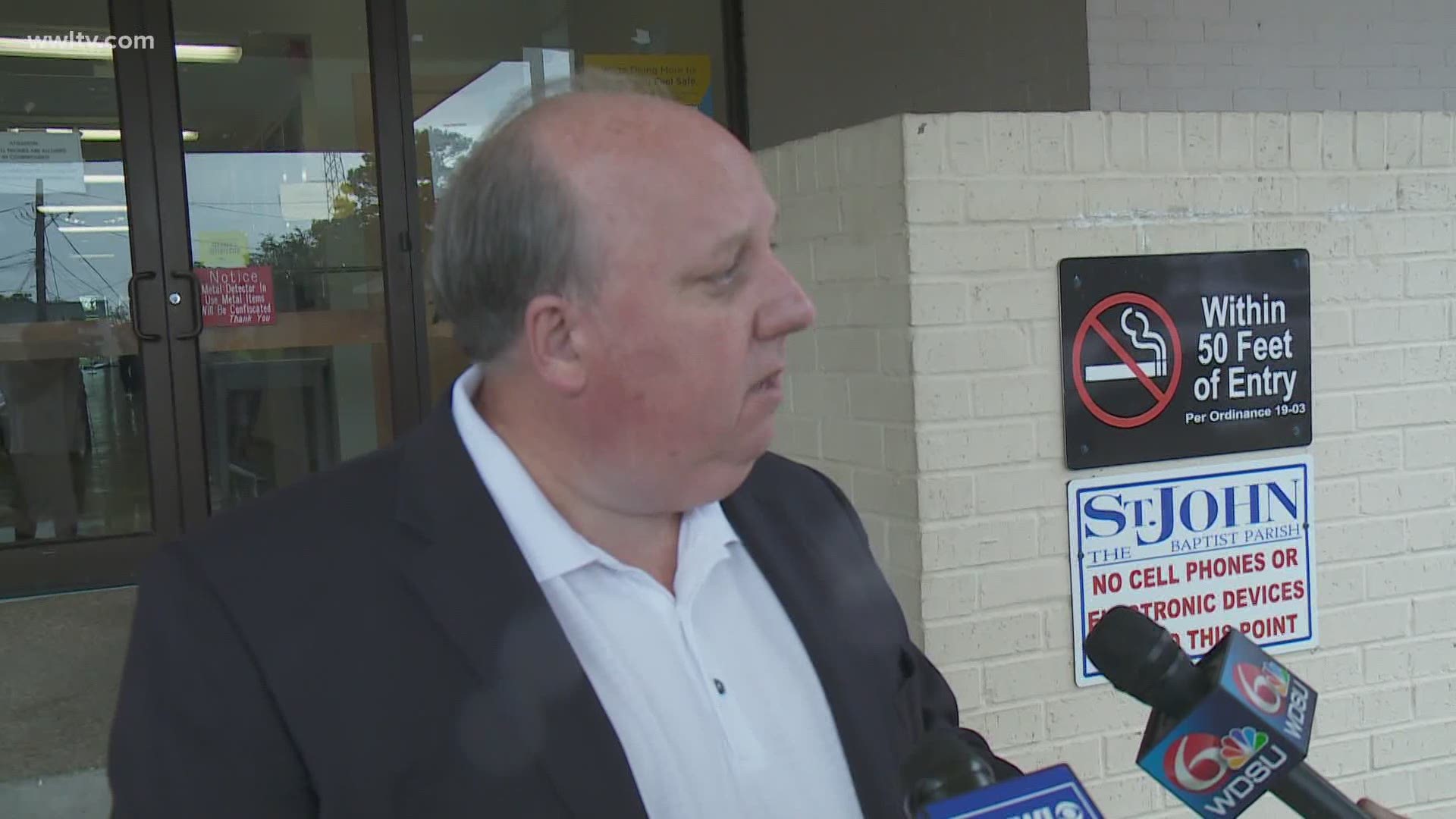 NEW ORLEANS — A judge accused of groping teenage girls is running for re-election.  Friday, Jeff Perilloux entered the race for the Division B seat in the 40th Judicial District Court in St. John Parish.  Perilloux walked out of the parish courthouse eager for his re-election bid and the start of his trial.

“I think when it’s all said and done and we get this to trial next month, the voters will see exactly what this was all about, they’ll see that I’m absolutely innocent of these charges,” said Perilloux.

Perilloux was suspended two years ago after he was indicted on three felony counts of indecent behavior with a juvenile and one misdemeanor charge of sexual battery.  Those charges stem from allegations that Perilloux groped three teenaged girls at his home in 2017.  He has pled not guilty and says the past two years have taken their toll.

“As my ex-spouse can attest to, it has been difficult on my family and all the parties involved, in this matter, but I’ll say it like this, next to losing a child, I can’t think of a worse experience for an individual to go through than to be accused of a crime that they did not commit, especially one involving hurting a child,” said Perilloux.

The other two candidates in the race are both attorneys.  Leandre Millet and Nghana Lewis.  For Lewis, this will be her second time facing Perilloux.  She lost to him in 2016.  Lewis doesn’t want to comment on Perilloux’s legal troubles.

“I’m really focused on my race; I’m staying in my lane.  I’m really the most qualified person to serve at this time,” said Lewis.

Leandre Millet referred us to a statement which read in part “…I have always strived to be honest, forthright, fair and courteous with all parties, from the public to the judiciary.”

Perilloux’s trial has been delayed six times.  The trial is set for September.  As for the election, he says he’s confident voters will look at his record and not the charges against him.

► Get breaking news from your neighborhood delivered directly to you by downloading the FREE WWL-TV News app now in the IOS App Store or Google Play.