Mango Z was the scene of a double homicide on December 20; investigators say the bar violated capacity limits and was open after hours. 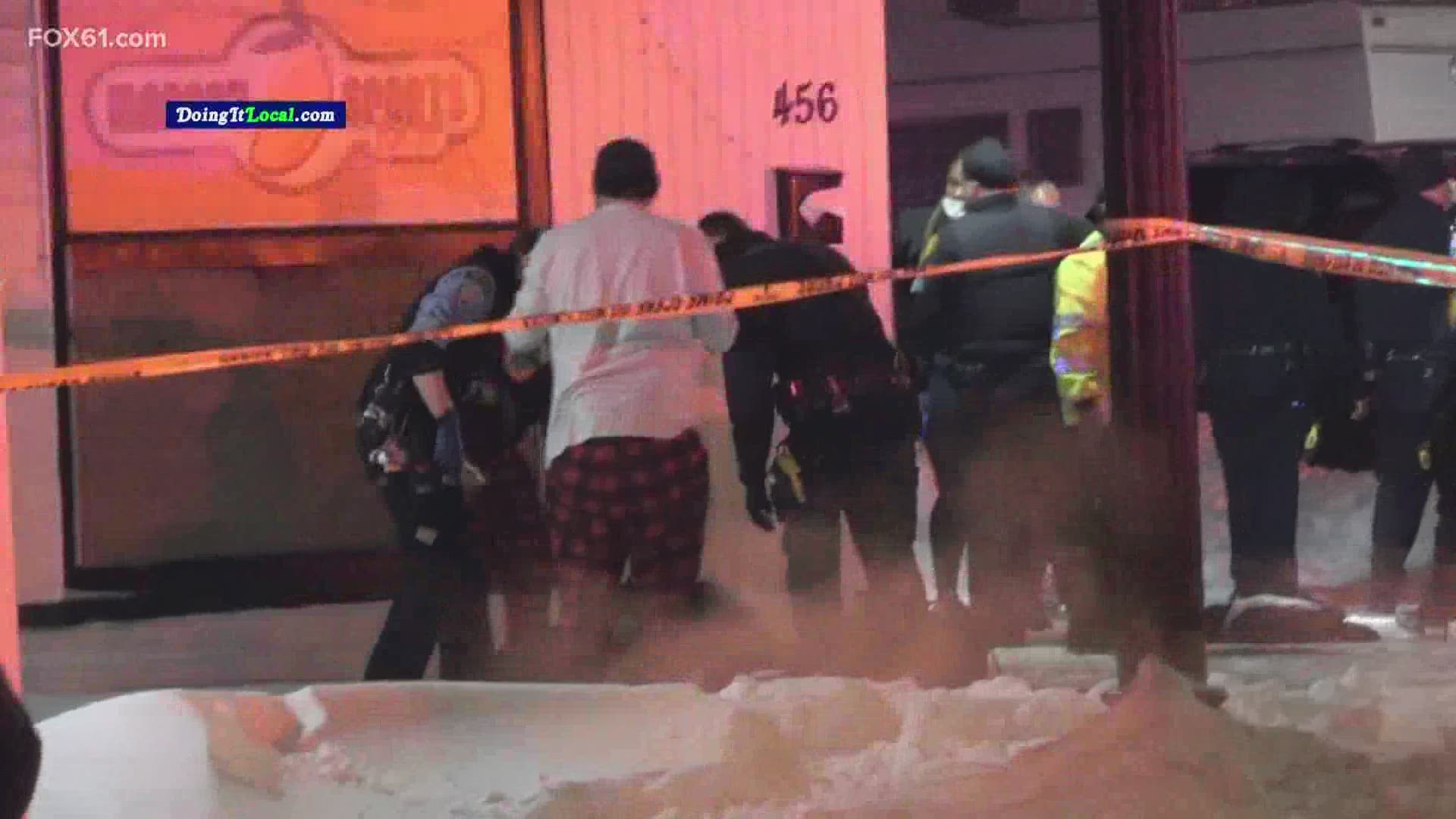 BRIDGEPORT, Conn. — Governor Ned Lamont announced on Thursday that the state has issued a $10,000 fine against owners of the property at 456 Connecticut Avenue in Bridgeport, the location of the Mango Z Sports Bar, for violating the state’s COVID-19 gathering size restrictions.

The fine is fallout from a shooting that left two people dead in the early morning hours of December 20th.

The Connecticut Department of Public Health – the state agency that issued the fine – determined that more than 25 people were inside of the establishment that night in violation of the gathering size restrictions, while also noting that it was operating past the mandatory 10:00 p.m. closing time that is currently in effect as part of the ongoing public health emergency and enacted in the Governor's Executive Order No. 9N.

The Governor increased the maximum fine for businesses to $10,000 on November 26th, 2020. This is the first such fine that has been issued.

In addition, the Department of Consumer Protection determined that the bar's liquor permit had expired on August 9, 2020. The State’s Attorney for Bridgeport will determine a possible violation of liquor control laws.

"While the overwhelming number of businesses in Connecticut have done a great job partnering with the state and complying with the necessary protocols to prevent the spread of this virus, a small number still think the rules don’t apply to them, and these enforcement actions are necessary for those who put the health and safety of their customers and staff at risk,” Governor Lamont said in a news release.

“The governor’s public health executive orders were put into place to protect the citizens of Connecticut and hinder the spread of COVID-19,” Acting Public Health Commissioner Dr. Deidre Gifford said. “The Department of Public Health takes enforcement of those orders very seriously and will issue fines for violations that endanger the public health, as we have in this case. The vast majority of our restaurants and indoor dining establishments have followed the rules, protecting their staffs and patrons."

“I’d like to thank all state officials for their attention and taking action in this matter in partnership with the city,” Bridgeport Mayor Joe Ganim said. “This establishment has proven that its flagrant violations have put our entire community at risk and now will be held accountable.”