They're calling to rebuild Connecticut’s healthcare and mental health infrastructure 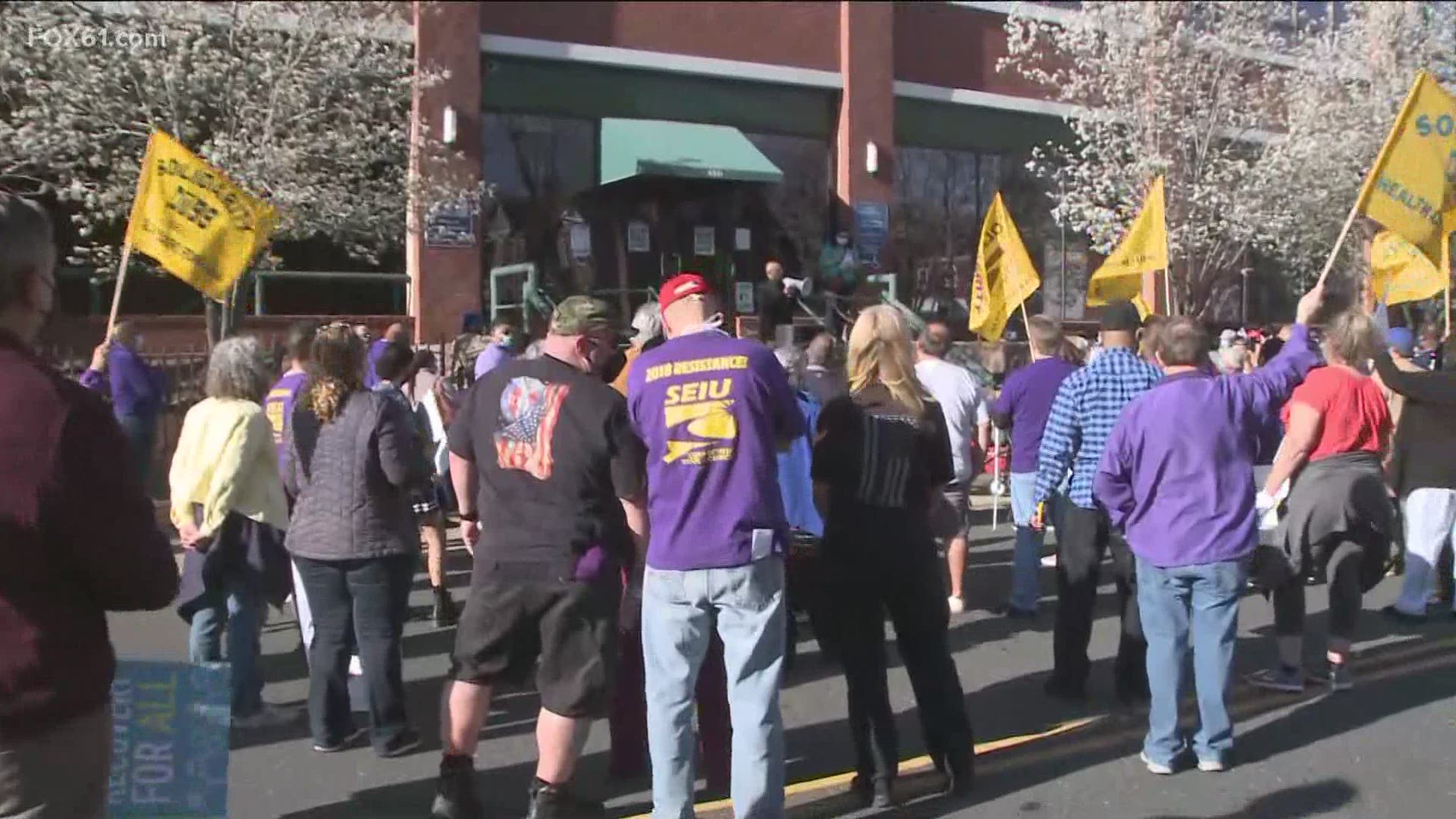 The theme of the event was “March for a Moral Budget.” Marchers walked down Capitol Avenue demanding new public investments in the biennial budget to rebuild Connecticut’s healthcare and mental health infrastructure, and other critical areas of urgent direct service.

The group said chronic underfunding of the state healthcare and mental health services is leaving behind Connecticut's most vulnerable populations.

“Here we are today hoping for our State of Connecticut, one of the wealthiest states in one of the wealthiest countries in the world to close the gap, to demolish economic disparities and to reverse long-standing racial inequalities. We hope that our state will protect struggling citizens and the vulnerable populations who need public services to survive," Burnett said. "We cannot wait any longer. Our families cannot wait another 50 years. We need redemption. We need it now!”