The guns fired and TAPS echoed in the distance as the protective roar of a motorcycle contingent ushered away the remains of a life lost too soon. 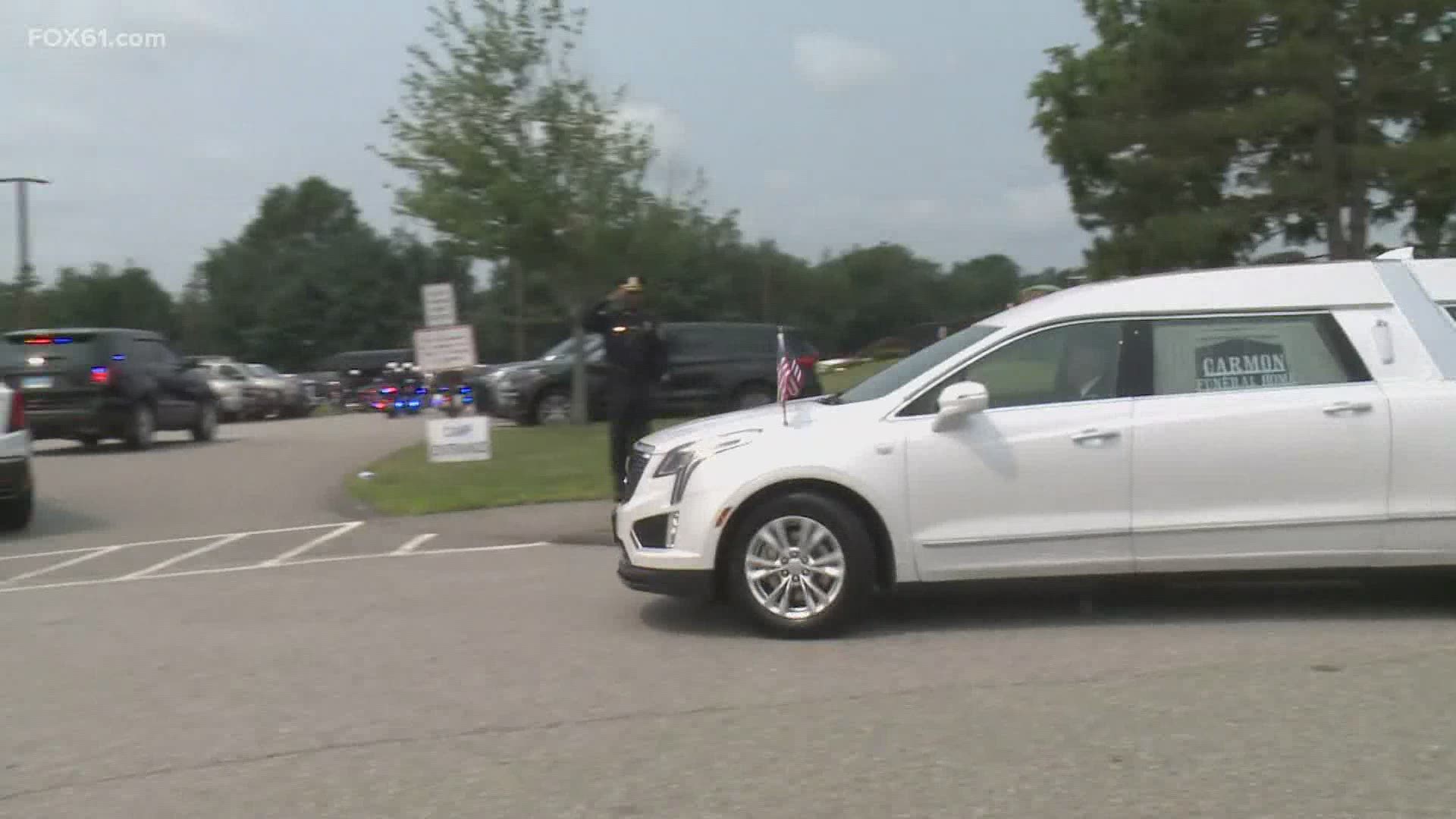 SOUTH WINDSOR, Conn. — A hero's sendoff Tuesday for a South Windsor public servant who spent three years protecting his community but spent his whole life protecting and loving his family.

The guns fired and TAPS echoed in the distance as the protective roar of a motorcycle contingent ushered away the remains of a life lost too soon. "Too young to die," said Maria Castro of South Windsor.

From an emotional wake Tuesday at the Samsel and Carmon Funeral home, to Wednesday, where family, friends and colleagues assembled in formation outside the South Windsor High School auditorium for a funeral service. "We are all heartbroken and this is the time as a family and as a community we come together. This is one of our bravest who lost their life in such an untimely fashion and method with what happened. We are all grieving at this time," said State Sen. Saud Anwar, who serves South Windsor.

Some knew Ben, while others were strangers in name only. The badge and uniform united a law enforcement community who came from as far away as Greenwich. Mike Orlowski worked with Ben Lovett’s father. He said, "I have two sons about the same age wanting to get into the police field also. And coming from the background of corrections, as Ben’s Dad has also, I can just imagine what that would feel like if that was my son."

Though Ben Lovett’s life comes to an end, his legacy lives on, and the wheels of justice continue to turn on the suspect in his death. Alleged drunk driver Spencer Krauss. Krauss, 26, of Ellington, allegedly hit Lovett in June with his pickup truck while Lovett was riding his motorcycle off duty in Tolland. The incident report details how Kraus tried to flee the scene then admitted he was drunk returning from the Electric Blue nightclub.

It's a tragedy draped in irony. Lovett was about to be awarded by Mothers Against Drunk Driving for his work to keep drunk drivers off the streets. "As we are grieving, I think we are also getting a message that we have a big responsibility. Too many people die because of this," remarked State Sen. Anwar.

South Windsor Police suffered a similar tragedy with the death of Sgt. Matt Mainieri in 2018. The Chief told FOX61 they will find a way to permanently memorialize Ben at their headquarters as well.