The trooper was treated and released; police say suspects intentionally rammed his cruiser. 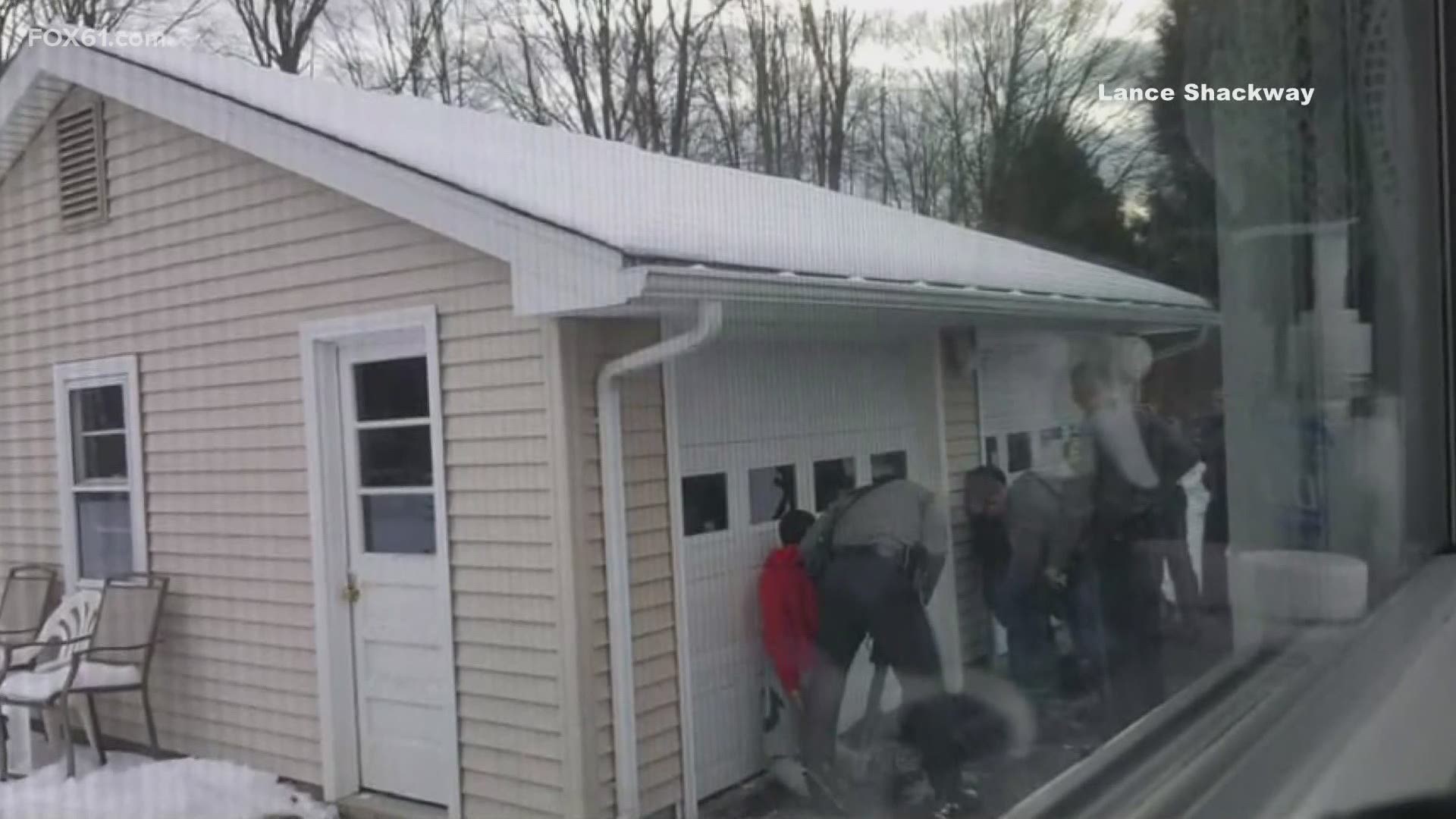 TOLLAND, Conn. — A Connecticut State Police trooper was injured after a burglary suspect intentionally rammed his cruiser in Tolland on Saturday. Multiple suspects fled from the vehicle and police swarmed the residential neighborhood to round them up.

Police say it all began around 2:30 p.m. when  Troop C received a 9-1-1 call reporting several people attempting to steal vehicles in the area of Kozley Road in Tolland.

As troopers were responding to the area, a second caller on Williams Way reported that he had interrupted a burglary in his garage and that one of the suspects pulled a firearm on him when he approached them. He was able to give a vehicle description and license plate, which came from an Acura RDX, stolen from Newington.

A few minutes later, a trooper saw the car traveling south on Old Stafford Road. As the trooper turned around to follow the vehicle, it fled at a high rate of speed.

On Tolland Green, the Acura left its lane of travel and drove head-on at Trooper Hoyt, who was traveling north with his lights and sirens activated.

The Acura intentionally struck the cruiser at a high rate of speed and both vehicles came to a final rest off the road, police said.

Five suspects then fled from the vehicle on foot. Trooper Kaelberer and his K-9 partner Drago chased the driver on foot. During the foot chase, the suspect, identified as Malik I. Price, threw a handgun on the ground. K-9 Drago was able to apprehend Price and hold him until police placed him into custody.

Roads in the area of Tolland Green were closed as police swarmed the area searching for multiple suspects. A shelter-in-place message was sent to people in the area.

State Police K-9 Drago was able to locate a 15-year-old juvenile in the woods. Police say this suspect was confirmed to have broken into an occupied residence while attempting to elude capture.

Three additional suspects, 18-year-old Jashawn Jackson, and two juvenile males were located a short time later hiding in a shed at a residence on Torry Road.