Next to the Lapham Road entrance of Waveny Park, a memorial to Jennifer Farber Dulos’, whose abandoned SUV was discovered May 24. 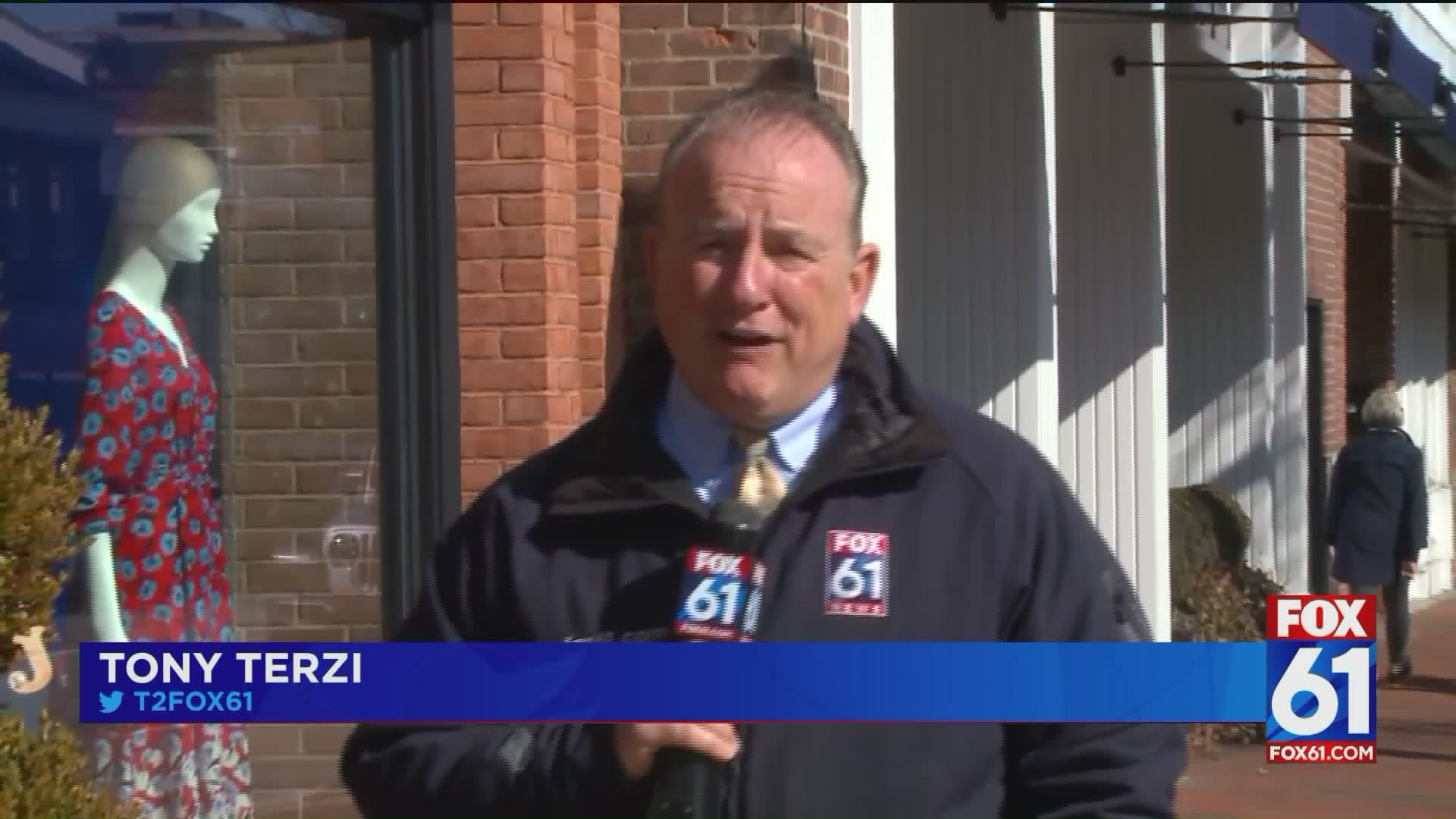 NEW CANAAN, Conn — It’s been nearly 9 months since Jennifer Farber Dulos, the New Canaan mother of five, disappeared. And, as one might imagine, it’s still the talk of the town. But, there’s one resident, who has a bit of a different take.

“I think we have to let go of the hate, the bad feelings we have for him,” said Torena Gaar of New Canaan.

“Even though their father probably killed their mother, the only thing they have to hang onto Is their memory of him and their mother,” said Torena Gaar of New Canaan.

The five Dulos children were able to visit and say goodbye to their father before he died at Jacobi Medical Center in the Bronx.

“Tragically, the children have not been, and may never be, able to say goodbye to their mother, Jennifer, who remains missing,” said Carrie Luft, a longtime friend of Jennifer Farber Dulos, in a written statement to FOX61.

RELATED: The disappearance of Jennifer Dulos: podcast explores the search and what's followed

RELATED: Fotis Dulos' children visited him in hospital before his death: Family statement

And, he prays that Jennifer Farber Dulos or at least her remains will be discovered.

“She represented a lot of what is good about New Canaan,” Malling said. “Five kids, active in the schools and I think people were very shocked.”

Next to the Lapham Road entrance of Waveny Park, a memorial to Jennifer Farber Dulos’, whose abandoned SUV was discovered May 24.

“We have and had a lot of evidence in that case,” said new Chief State’s Attorney Richard Colangelo, the lead prosecutor in the Dulos case.

“There’s more video evidence out there that we didn’t get into and some additional DNA that I don’t think made the warrants,” Colangelo told the morning show hosts.

Healthcare professionals say its difficult to quantify if the Dulos case, and others, may be impacting the number of abuse victims that are reaching out for help.

“70 percent of women that have been killed by their partner, intimate partner, were abused prior,” said Jami Tyska of Hartford Hospital

And she says statistics show the abuse never decreases. It only escalates.