He said one of the workers even told Duane to go to a hospital or a hotel, but that's not an option 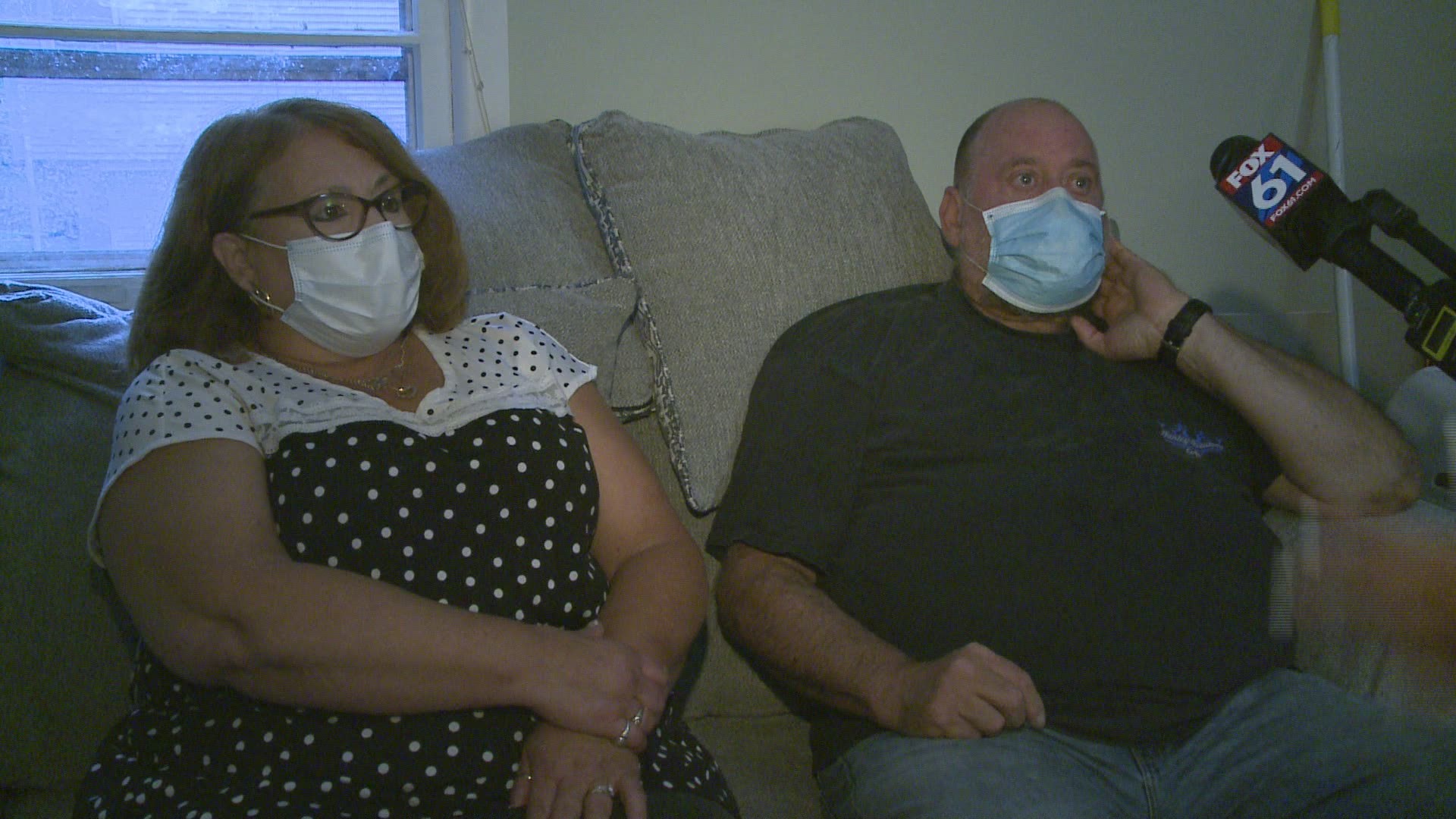 People across the state are still in the dark and those who are must vulnerable with medical conditions are desperately asking for Eversource to put the power back on.

Debbie and Duane Polites have been living at their son's home in North Haven since the storm knocked out their power Tuesday in Seymour.

For Duane, it has been difficult. He suffered from COPD, high blood pressure and additional heart problems. Without power, his health is at risk.

"My nebulizer has to be plugged in and so does my oxygen. That’s just the portable tank. But I have one that’s plugs in right next to my bed," said Duane Polites of Seymour.

For the past two days, their attempts to call Eversource have been unsuccessful. They said one of the workers even told Duane to go to a hospital or a hotel, but the couple told FOX61 hotels are expensive and there are people who need to stay in a hospital bed for major procedures.

One person tweeted to Eversource to explain their concerns for those who suffer from medical conditions and the response they got from the Eversource CT account was, "Sorry to hear that you are scared without your medical equipment. You may want to find other option."

"Don’t be a pansy! Get your you know what together and get to these trees," added Duane Polites.

"We’ve seen nothing! There’s still tape at the end of our street with the cross street where the trees are knocked down and snapped. They’re still in the road," added Debbie Polites.

Middletown High School opened up as a cooling and medical service center Wednesday for anyone who may be in Duane's position.

"It’s especially important for elderly people. They don’t want to be exposed to the heat a lot or if people have medications that need to be refrigerated. Maybe mothers who have formula that needs to be refrigerated. Things like that. So we really want to make it available to the public," said Michelle Hansen with the City of Middletown Health Department.

The cooling center will be open seven days a week from 8:00 am to 8 p.m. if anyone needs to store their food or medication in a refrigerator. The center will remain open until the outages are addressed.

UPDATE: FOX61 heard from Debbie & Duane on Friday, with some good news from the couple: 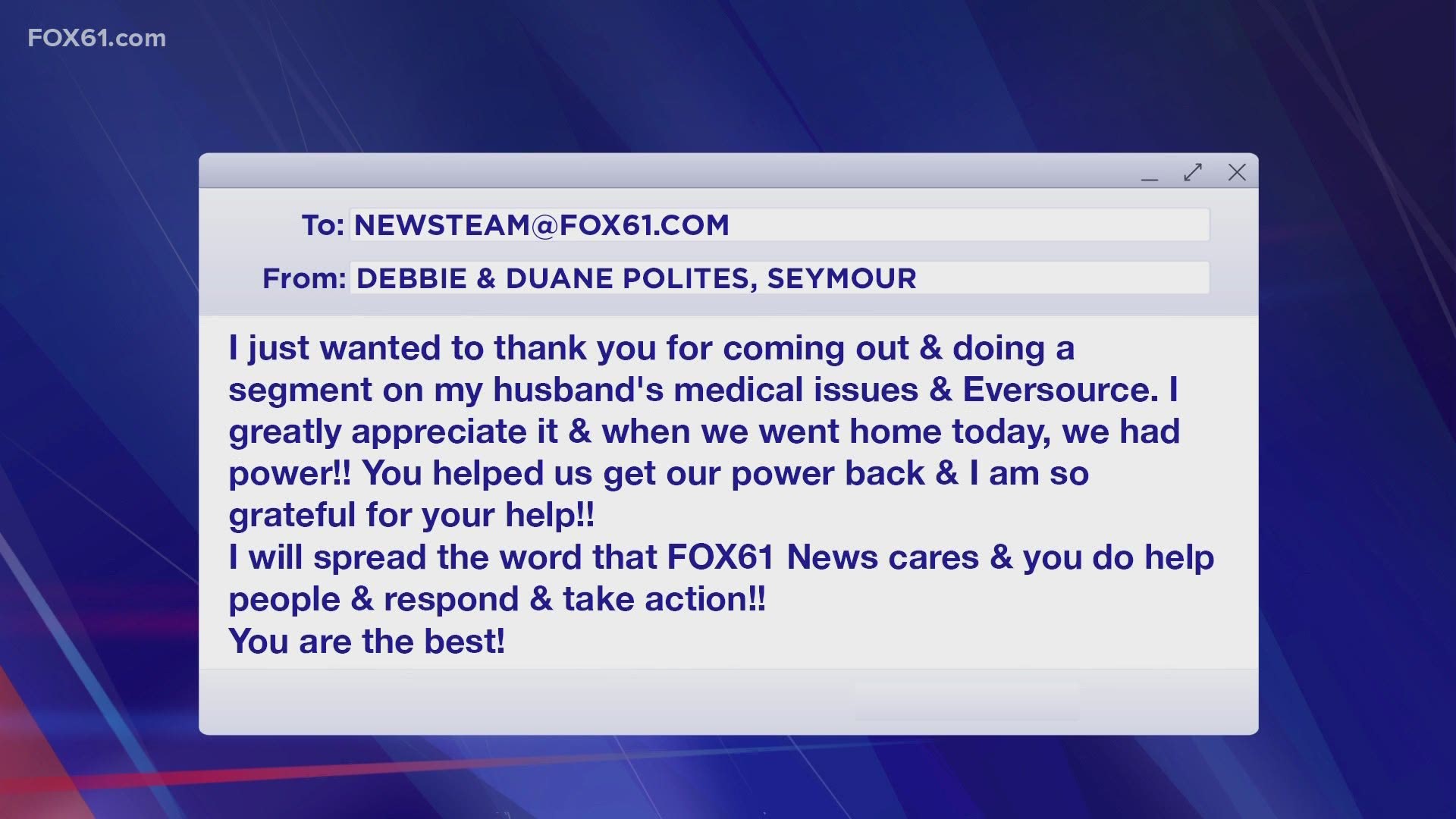 Their email stated in part, "When we got home today, we had power! You helped us get our power back and I am so grateful for your help."

It likely was not FOX61's reporting that got the lights back on. The Polites were one of 128-thousand Eversource customers restored overnight.

However, they said they are thankful someone took the time to hear their concerns.