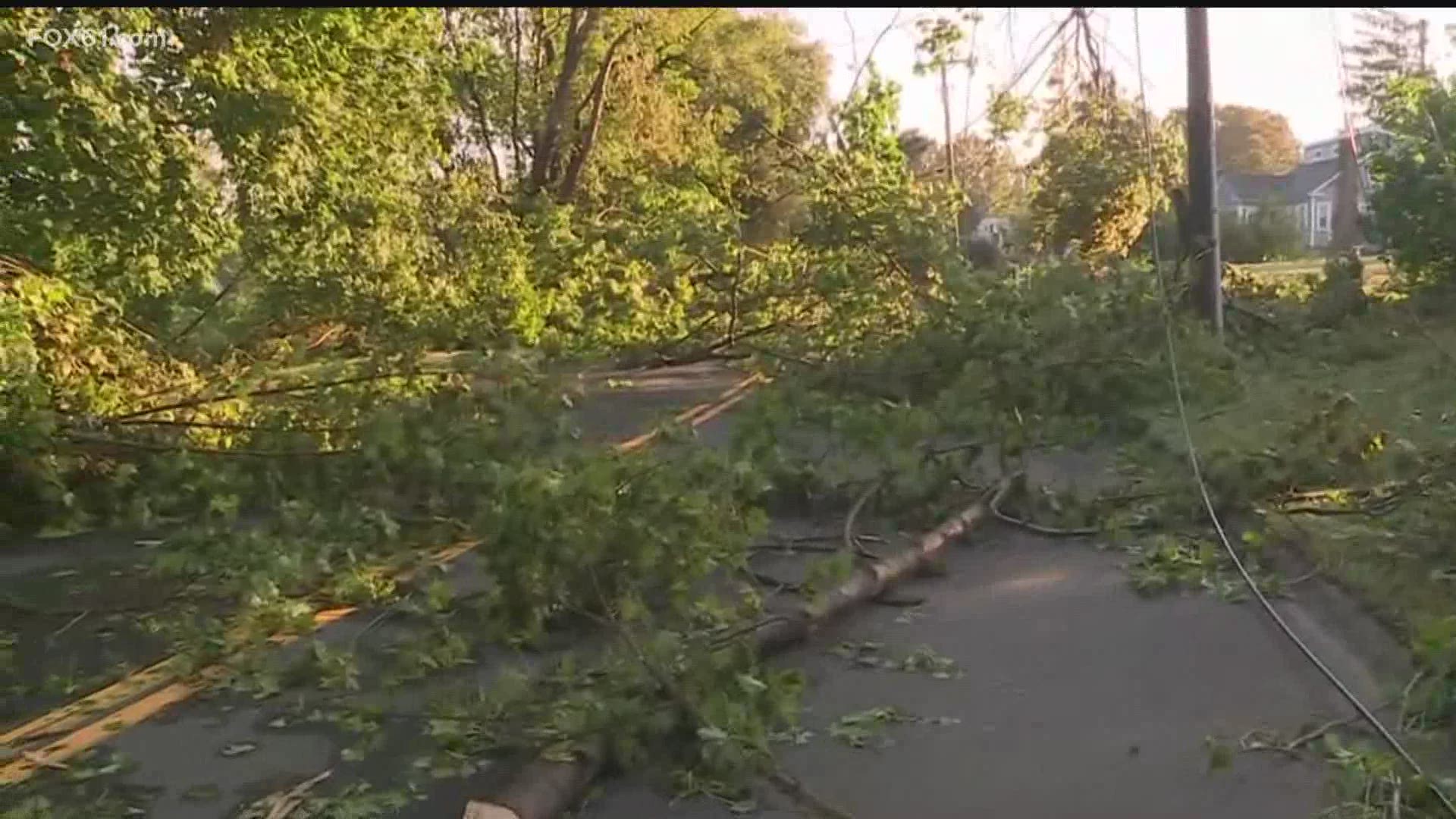 HARTFORD, Conn — Severe weather moved into Connecticut Thursday afternoon with severe thunderstorms, and a confirmed tornado that touched down for 11 miles from Bethany to North Haven. The severe weather prompted power outages across the state.

Current outages reported by the utilities as of 7:30 a.m. Monday:

Eversource said additional crews have arrived from Massachusetts and New Hampshire. With the extra crews, Eversource said they substantially completed restoration for all towns in Connecticut Friday night.

One exception is Branford, which faced extensive damage and will take more time to fix. Eversource said Branford is expected to be mostly restored by Saturday night. As of 6:30 p.m. Saturday, about 650 customers, less than 4% of the town, remained without power.

“Though not as widespread, the damage caused by yesterday’s storms is even more severe in some locations than Tropical Storm Isaias, particularly in the hardest-hit communities in western and southern Connecticut,” Eversource's Craig Hallstrom said on Friday. “Our dedicated crews are working urgently to continue clearing roads and repair damage, and we estimate that restoration for all towns other than Branford will be substantially complete by midnight. We know the timing couldn’t have been worse for our customers affected by these storms, and we’ll continue working the extreme sense of urgency that they deserve until all of our customers have power again.”

Crews had to repair damage in communities stretching from New Milford, Woodbury, and the Naugatuck Valley to East Haven and Branford. In addition to Branford, hardest-hit communities include Guilford, Roxbury, and Bethany, where the National Weather Service said a tornado touched down and moved southeast to North Haven.

RELATED: Tornado touches down in CT from Bethany to North Haven

Gov. Lamont said Thursday afternoon it was ironic that a hearing on Eversource response to the response to Tropical Storm Isaias stopped to talk about this storm. He said the storm hit hard, but wasn’t as bad as Isaias.

The governor said Eversource has more than 400 trucks on the road immediately to help.

United Illuminating said Thursday night it sent out more than 260 line and tree workers, as well as other field personnel to help clear the roads, assess the damage, and to restore power. UI is working with the National guard and expects to have most of the power restored by Friday evening.

As of Saturday evening, North Haven remained the hardest-hit town in U.I.'s service area. Over 1300 customers, about 11% of the town, remained without power. 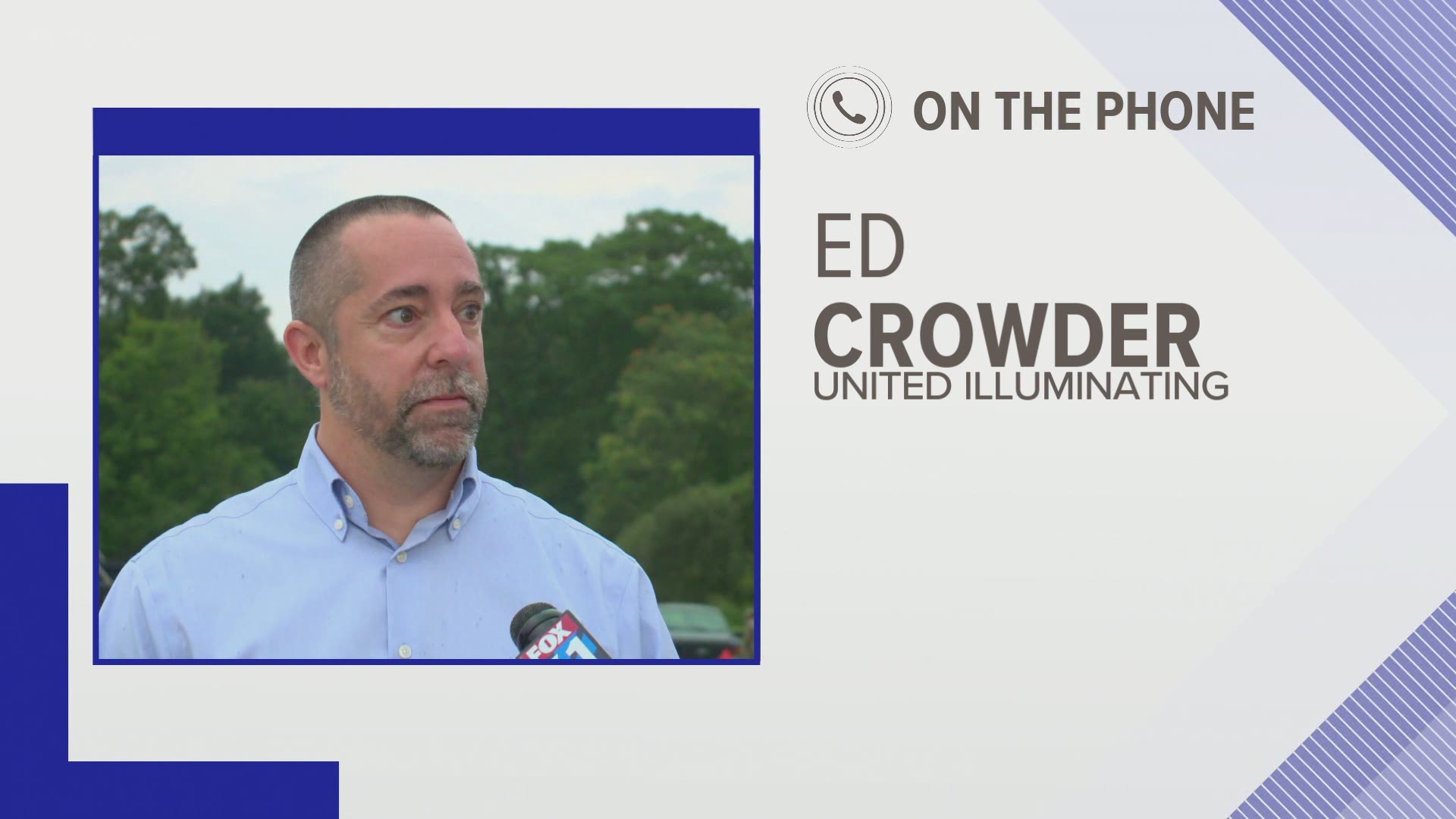