"People left donations outside the bus when we were not here and we always came the next day to a parking lot filled with stuff." 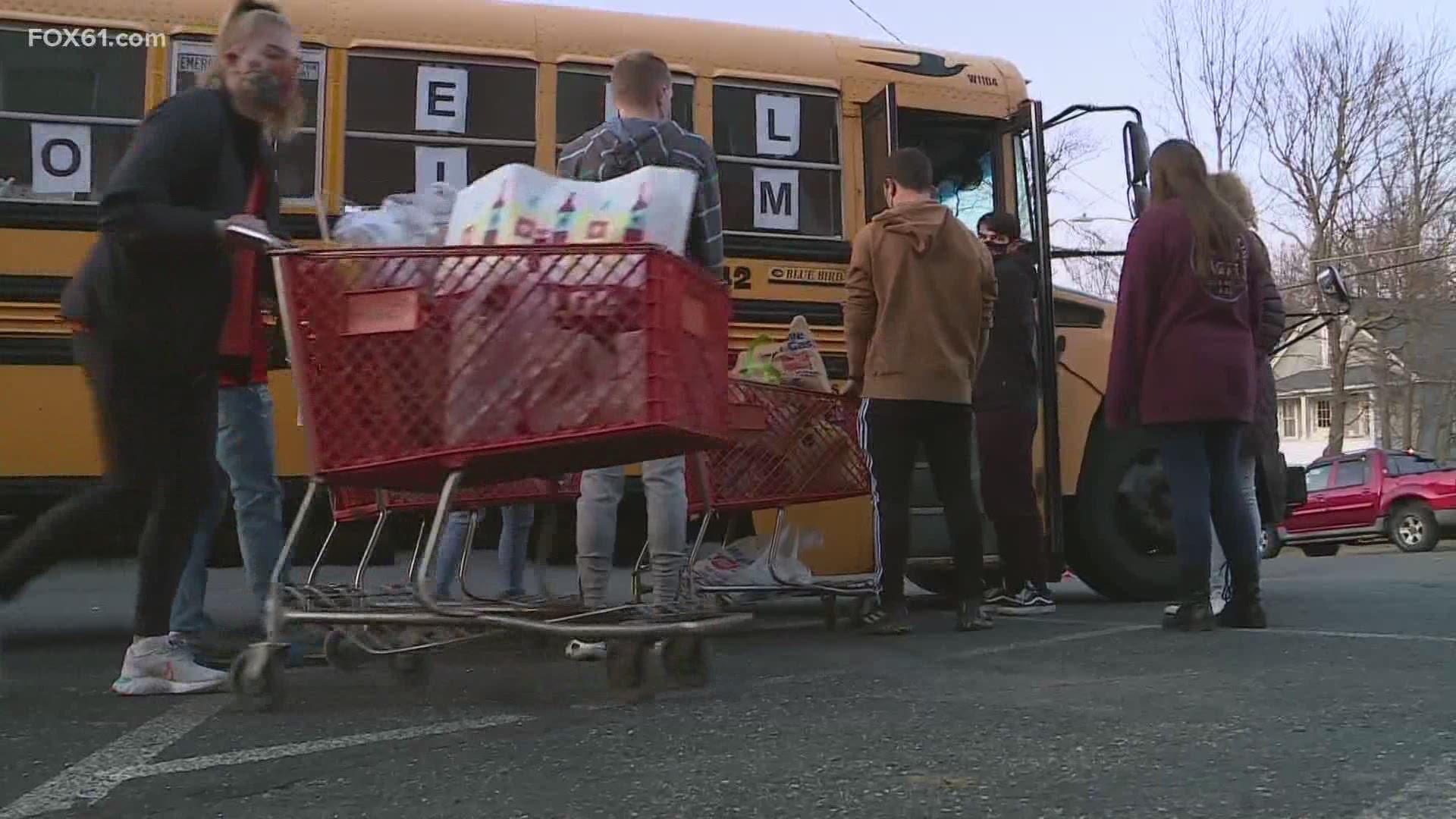 PLYMOUTH, Connecticut — A "Stuff the Bus" fundraiser was held Tuesday at Terryville High School to honor 15-year old Madeline Bell who was allegedly shot and killed by her own mother two weeks ago.

The fundraiser started last Thursday and Tuesday was the last day.

"People left donations outside the bus when we were not here and we always came the next day to a parking lot filled with stuff," said Robert Nave, social studies department coordinator.

All Star Transportation lent the bus for the initiative. Bell's name was spelled across the windows and the school mascot was drawn with angel wings.

"It’s giving back to her you know. It’s showing the love and support and you want to keep that memory of her alive," said Sherry Hoag, Plymouth school bus manager.

Nave was one of the organizers of the event and he said the outpour of support day in and day out has been overwhelming.

Robert Nave   -- one of the organizers .... says the outpouring of support day in and day out has been overwhelming.

"I’m telling you, every time something happens - good or bad, the town rallies together. It is a very loving, compassionate community," added Nave.

Aside from food and clothes being dropped of, some have even donated toys and frozen turkeys. Even though money was not requested, 147-dollars was donated.

Terryville High School students volunteered their time each day to help out to honor Bell's memory.

"It was definitely a spot filled in the building while she was in the school," said Zachary Oemcke, a sophomore.

One of the donors was Bell's history teacher.

"She's a great kid. Like I said, I had her for both years. She was a runner too. I’m a runner. I never coached her but she ran cross country," added Kevin Schumann.

If you did not get a chance to donate any items for "Stuff the Bus," you can still do so on this Go-Fund-Me page for the family of Madeline Bell.