Subway restaurant workers to protest at headquarters in Milford

Their union said franchise owners along the Connecticut interstate have continued to violate the law by "systematically underpaying fast-food workers". 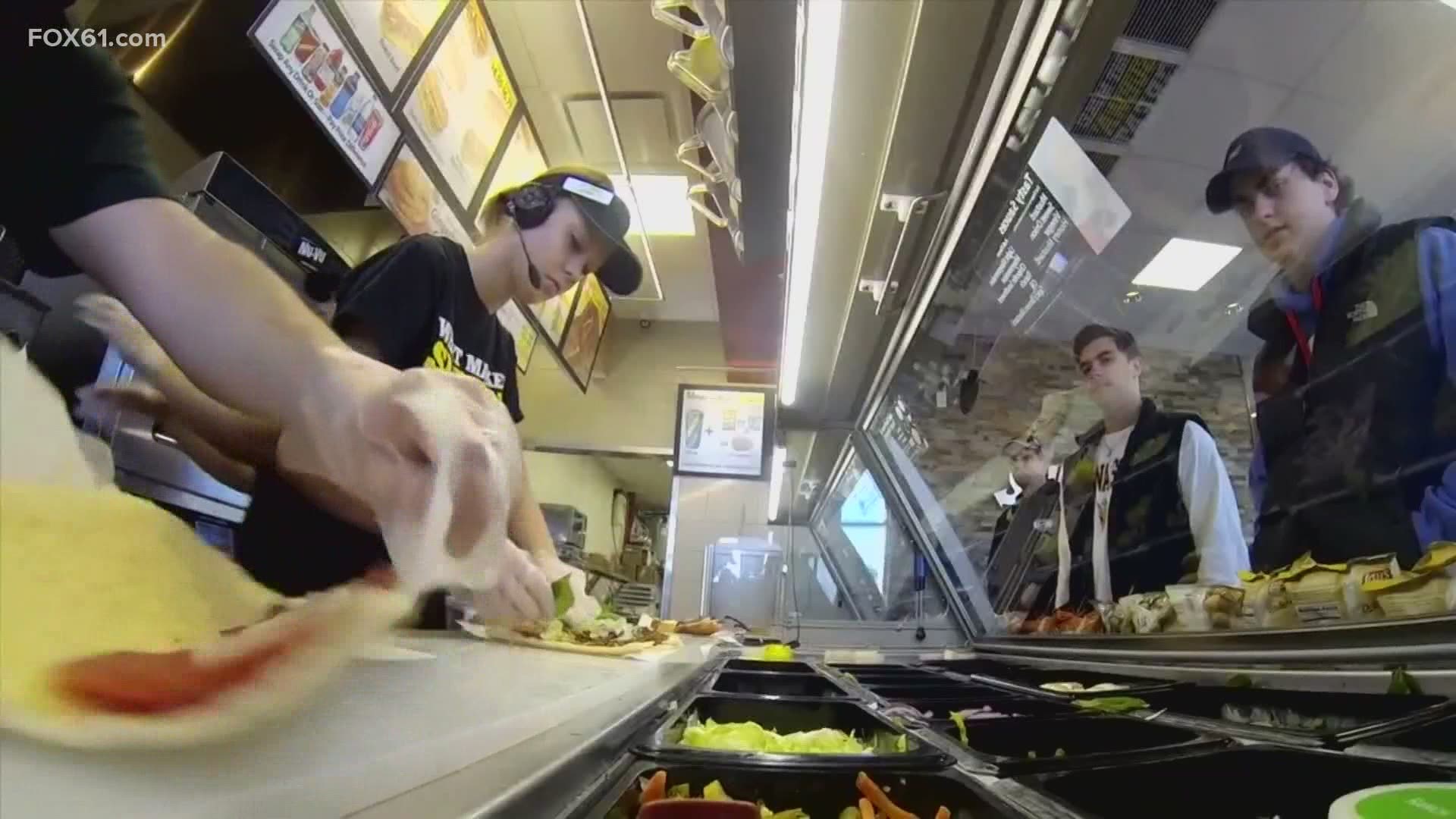 Subway franchise workers and members from the local chapter of the Service Employees International Union met to protest what they claim is a violation of Connecticut’s standard wage laws.

The union claims that Subway franchises at service plazas up and down the Connecticut interstate are paying workers less than what they are owned.

The union also said that Subway is “letting franchise owners steal wages from a majority Black and Latinx workforce during a pandemic that is disproportionately hurting workers of color.”

“There’s a standard wage for workers at the rest stops. Subway has denied those workers the standard wage that they are entitled to,” said Alberto Bernardez with the local chapter of the Service Employees International Union.

The company released a statement that said, “We are in contact with our Franchisee to understand the facts surrounding these claims as each Subway restaurant is individually owned and operated.”

FOX61 also reached out to the Connecticut Department of Labor to see whether it is investigating these claims. We are still waiting to hear back.