The suspects, who face charges of assault and intimidation based on bigotry or bias, remain at large. 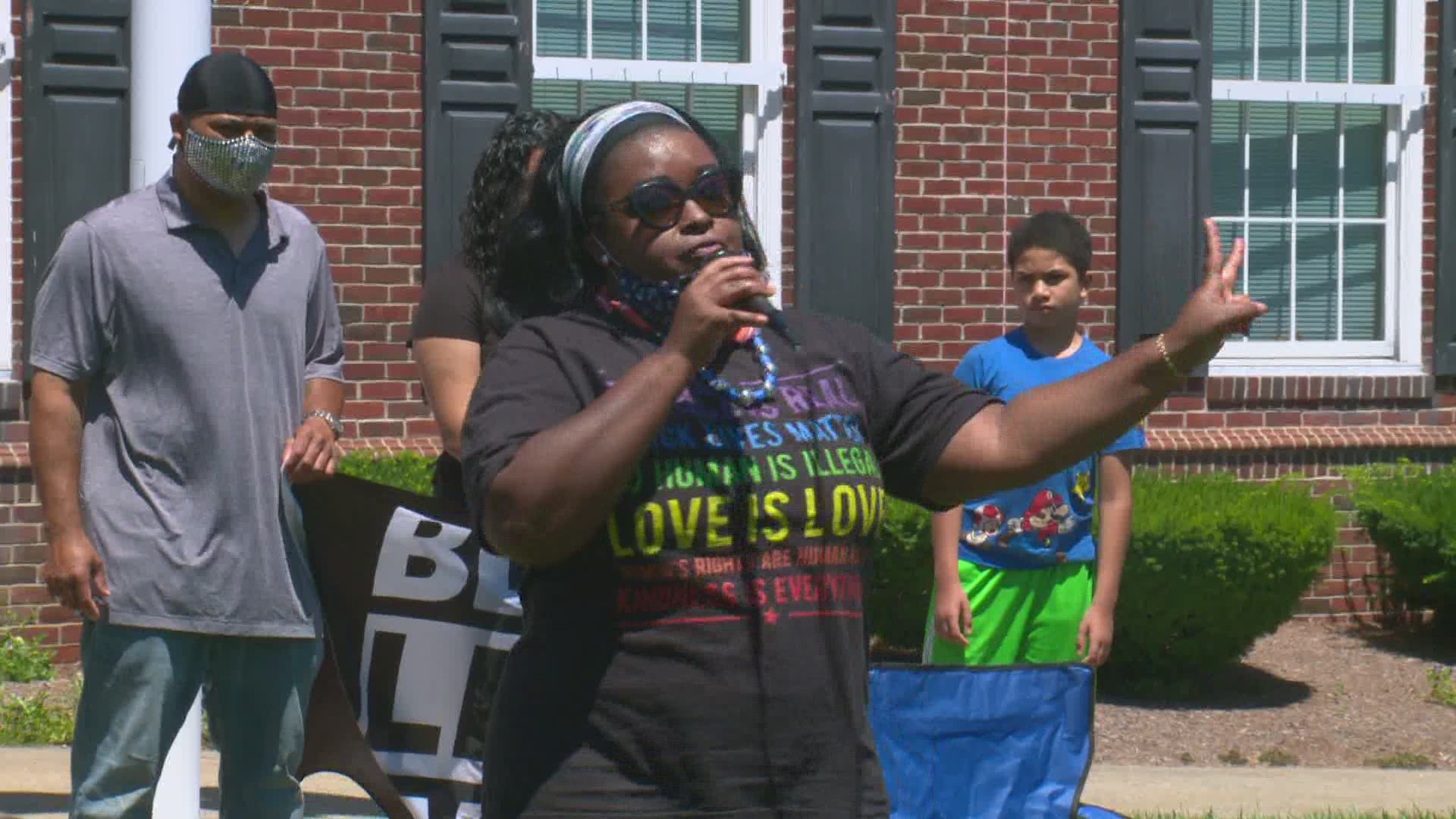 STONINGTON, Conn. — Members of the Stonington community rallied for the second day in a row in support of a Mystic hotel worker who was assaulted at work.

Surveillance video shows Crystal Caldwell being assaulted by two people at her job at the Quality Inn. It happened two weeks ago, but the suspects have not been arrested. Police say they are looking for 39-year-old Philip Sarner and 28-year-old Emily Orbay, believed to be from Nassau County on Long Island, New York. The community was critical of the police department, saying the suspects were taken to a Connecticut hospital, but not arrested.

"Hearing that no actions were taken that evening, just was unacceptable," said Anthony Nolan, a State Representative for New London, and police officer in the city. "It just was very disappointing to see what wasn't done that weekend," he said.

However, supporters did say they were grateful for the detective assigned to the case.

"The passion for equality and truth and justice that he had in his heart when I spoke with him," said Rae'ven Kelly, an organizer of the rally. "He's very diligent and he's seeking justice for Crystal and getting all of the facts straight," she said.

Happening Now: Rally in Stonington in support of Crystal Caldwell, a worker at the Quality Inn in Mystic, who was assaulted while at work. The suspects have not been arrested yet.

RELATED: Stonington police add 'bigotry and bias' charges against suspects in Mystic hotel assault who are still at large

Those at the rally Sunday afternoon said they were also happy about the additional charges of intimidation based on bigotry and bias, which were added just a few days ago. Also, for the show of support from the community who spent both days this weekend rallying.

"Hopefully we'll get to the bottom of it and justice will be served. Because otherwise we'll just look the other way and it keeps going," said Madeline Labriola, of the Westerly Area Peace and Justice group.

If you have any information on where the suspects could be, you're asked to call Stonington Police.

RELATED: Community support continues to pour in for woman assaulted while working at Mystic hotel